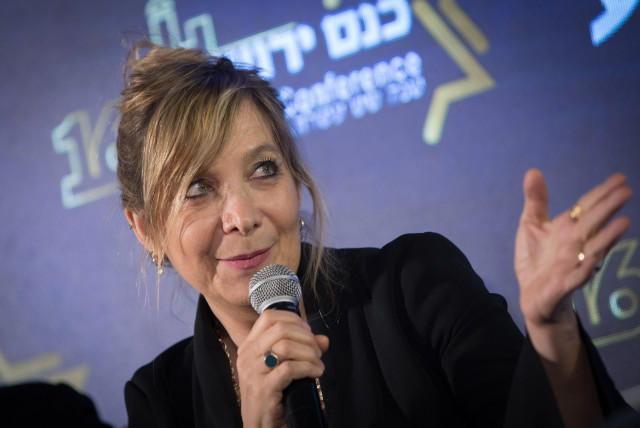 Facebook has suspended President Donald Trump’s account for two more years. Given that the U.S. Supreme Court is in a near state of paralysis, those who believe in the freedom of the West must regret this kind of top-down, arbitrary, authoritarian behaviour.  It echoes the treatment of the thirteen colonies by the minions of King George the Third of England before the American Revolution.  Bearing that in mind, I would like to point out some of the subtle nefariousness of Facebook in its entrapment of a naïve Israeli judge, Emi Palmor.

On May 9, 2021, the Haaretz newspaper in Israel reported the following:

The former director general of Israel’s Justice Ministry, Emi Palmor, is the most senior Israeli on Facebook’s Oversight Board. In an interview, she explains why she believes the board can play a positive role and urges Facebook to take more responsibility.

The oversight board on Wednesday upheld the social media giant’s suspension of former U.S. President Donald Trump – but said the company was wrong to make the suspension “indefinite” and asked it to re-assess the penalty.

Well, as of a few days ago, Palmor and her fellow board members just extended the ban for another two years, just in time for the next elections to Congress and the Senate.

So what is wrong with this picture?

Some time ago, a senior anthropologist by the name of Clifford Geertz wrote a book called Local Knowledge.  As a cultural anthropologist with years of fieldwork in Indonesia and Morocco behind him, he was trying to make the simple following point: cultures and societies are so complex that only when you speak the language and live among a particular people do you have a chance of understanding what motivates them.  He also pointed out that each culture has keywords in its own language that contain mountains of meaning.

So, to understand why Emi Palmor would allow herself to be an unwitting instrument in Facebook’s war on the Republican Party and conservatives around the world (including the Likud of Bibi Netanyahu), you have to understand a bit of Hebrew slang.  To paraphrase Sesame Street, today’s article is brought to you by the Hebrew acronym “chul” (pronounced with a Scottish H).

“Chul” is the Hebrew acronym for “Chuts la Aretz” — literally, outside the land of Israel, and generally speaking, “overseas” or “abroad.”  When Israelis use the word “chul,” it has a dual connotation, the first being the easy life of the West, where everything works and there is no war or military service, and secondly, a place where, with enormous effort, one can succeed on the international stage, like the Israeli film star Gal Gadot.

America is the top slot for chul.  Israelis who immigrate to chul are expected by their family and colleagues to exceed and excel in ways they did not or could not in Israel, as the opportunities there are so much more available.

As an Israeli, you go to chul, you come back with a degree from Harvard or Yale or Oxford and Cambridge, and then, in Israel, you lecture young students or the media on how Israelis should vote or behave — very often paraphrasing the latest anti-Zionist essay you can find in the New York Times or the Guardian.

Israelis who go to chul and succeed have “made it twice.”  They have succeeded in small Israel and on the big stage of America or France or England or even Canada.  Salaries are better in chul, opportunities are better, and the grass is always greener.  But things have changed, as chul has come to Israel.

The explosion of high tech in Israel made Israel the “start-up nation.”  I know two Israeli engineers who, starting from nothing, became multi-millionaires if not billionaires.  Eventually, Silicon Valley comes courting, and one of them sold his company to a U.S. firm for more than $70 million, fifteen years ago.  So now you do not have to go to chul to succeed and live the big life.  Chul comes to you in Israel!

Silicon Valley companies, impressed by the “Yankee ingenuity” of the Israelis, now have labs and factories in Israel and hire the best and the brightest from the start-up nation.  And as we all know, the directors of these companies have a clear agenda: globalism; Davos; the Democratic Party; and their fellow travelers on the Israeli left, many of whom are about to join a new national unity government that may run Israel for a few months before self-destructing.

So, by empowering Palmor, Facebook has struck a blow for the left in Israel.  Facebook has invited this lawyer, judge, and feminist — and, no less, a daughter of Holocaust survivors, a rags-to-riches immigrant from communist Romania — to join them.  These people want her advice.  Yes, Facebook wants her opinion.  Amazing!

I have seen Palmor on Israeli TV and read her interviews.  She positively gushes with excitement that she has joined the advisory board of Facebook — yes, the elite of the elite in Southern California.  What better way of sticking it to Bibi Netanyahu than to close down the Facebook page of his supporter and co-manager of the Abraham Accords?  Well, Facebook can always say, “It is not we.  We even have a senior Israeli judge on our advisory board — you see?”

One must remember that in 2016, The Verge reported the following piece of news:

The families of five Americans who were killed or hurt by Palestinian attacks carried out in Israel have filed a $1 billion lawsuit against Facebook, alleging that the social network “knowingly provided material support and resources to Hamas” — the Gaza-based group that the US, European Union, and Israel classify as a terrorist organization.

Poor Emi.  She is so dazzled by Facebook and chul that for her to use her judicial skills and academic due diligence to examine whether Facebook supports Israel’s lethal enemies does not seem to bother her.  Perhaps she was not perturbed by the thousands of rockets that rained down upon her from an organization supported by a Facebook sympathetic to her mortal enemies.

Like many of Israel’s left-leaning elites, Palmor has willfully misread and misunderstood a key principle of American life, the right to freedom of speech, and the related truth that those who support it are usually Israel’s best friends.