How To Slow Gun Purchases Down 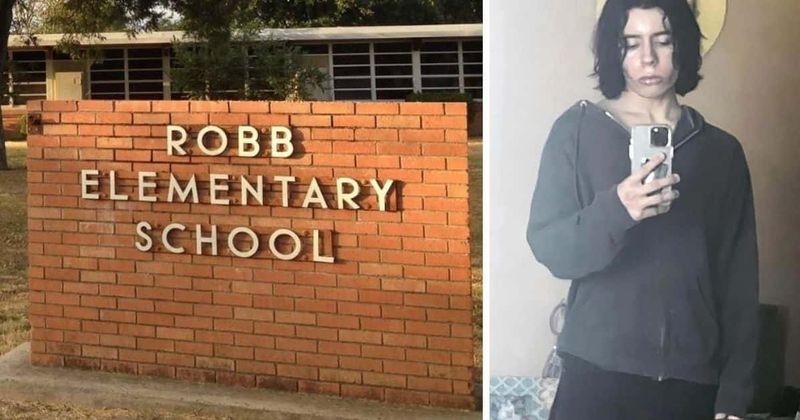 President Biden focused both on the Gun Lobby and on God in his speech at the White House in response to the latest horror—the mass shooting of nineteen children by an 18-year-old Hispanic man/boy who, we’ve just been told, had failed to graduate from the Uvalde High School. That was what he was allegedly arguing with his grandmother about when he shot her down.

I guess our President did not read my piece about the single most important variable which is invariably always missing, never mentioned, when it comes to mass shooting, namely, that 99.9% of mass murderers are all male.

Last night, watching the news, I said to my partner: There have to have been warning signs, surely an adolescent was in distress, was he a loner? Was bullying involved? Did he have a functioning family? Did a school nurse or psychologist note anything, do anything?

And now we know a little more about the Uvalde shooter, Salvador Rolando Ramos. His life checks all the boxes that we know are associated with potential future violence. A drug addicted mother with whom he fought continually; no father apparently present. But there’s more. Ramos lisped and stuttered for which he was bullied. He also endured anti-gay bullying. Whether or not he was gay is irrelevant. He once wore black eye-liner and was a slender, handsome (“feminine,” almost) boy. But Ramos was a lonely, quiet, angry boy who began cutting himself.

He did not graduate from High School. His attendance was, arguably, sporadic. Those who would graduate routinely wore their caps and gowns and visited the children at the Robb Elementary School so that they would be inspired: Someday they would join these hallowed ranks.

Not so fast. Ramos would put a stop to that. No Mama’s boy. No gay boy, he. Ramos would go out in a blaze of macho, military glory.

President Biden: Where is the funding for mental health that our country needs so desperately? Chirlane McCray: What did you do with the three billion dollars allocated for mental health services? Clearly, nothing much, given all the epidemic of shootings on New York City streets and in our subways allegedly by mentally ill men.

The male ego. The supposedly male thin skin. The inability of some men to absorb abuse, frustration, failure, or disappointment without violently turning it against someone else. Yes, it is a real problem.

Like President Biden, all agree that the main and only problem is the availability of guns, especially military assault weapons—and the power of the Gun Lobby. No argument there and yet—we must also understand that getting guns off the streets is as hard as abolishing drugs, pornography, and prostitution/trafficking. I’m in favor of doing so but until then—what is to be done?

Sometimes a very good idea crosses my desk. Written by an unknown genius, and passed along by one Nev Schulman, please allow me to share this with you.

Our Anonymous Genius suggests the following:

“How about we treat every young man who wants to buy a gun like every woman who wants to get an abortion—mandatory 48-hour waiting period, parental permission, a note from a doctor proving he understands what he’s about to do, a video he has to watch about the effects of gun violence…Let’s close down all but one gun shop in every state and make him travel hundreds of miles, take time off work, and stay overnight in a strange town to get a gun. Make him walk through a gauntlet of people holding photos of loved ones who were shot to death, people who call him a murderer and beg him not to buy a gun.

It makes more sense to do this with young men and guns than with women and health care, right? I mean, no woman getting an abortion (is about) to kill a room full of people in second, right?”

In truth, I do not see any analogy between having an abortion and conducting a mass shooting. Others might. Those who do, should themselves, never, ever have an abortion.

PrevLists of Russian Lies
“Who Will Be [Killed] Next?” asks the New York TimesNext