From the Telegraph and The Times

An inmate with no history of extremism told guards he had staged a jihadist attack after luring officers into his cell and lunging at them with an improvised weapon, it was claimed last night. 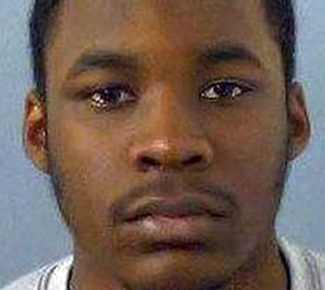 Xeneral Imiuru, 20, allegedly launched the attack in Winchester Prison from his cell in the segregation unit last Thursday, according to The Times.

Imiuru … is understood to have been observed lying motionless on the floor of his cell. As three officers entered the room he jumped up and lunged at them with a sharpened instrument but was restrained without anyone suffering injury. The Prison Service confirmed that an attack had taken place at the jail and was being investigated by police. The inmate had been placed in segregation within the past three weeks because he was assessed as a threat to prison staff. No injuries were suffered in the attack, which has been confirmed by the Prison Service.

Imiuru, who was jailed in 2018 after becoming the first person to be convicted for an acid attack killing, has previously assaulted officers at another jail. The Times understands that he had recently displayed a growing interest in extremism and had attempted to contact jihadist prisoners.

His attempt to copy jihadist methods will be of concern to prison and security agencies after recent terrorist incidents linked to jail radicalisation. The strapping of a weapon to the arm is a method used by the terrorists who carried out the 2017 London Bridge attacks and by Usman Khan, the former terrorist inmate who murdered two people at a prisoner rehabilitation event in the same area in November.

The former prison governor Ian Acheson, who conducted an official review of prison extremism in 2016, said last night that the attack in Winchester was disturbing.

Imiuru was jailed for 17 years in 2018 for the manslaughter of Joanne Rand, who was doused in sulphuric acid when he tried to attack another man in High Wycombe, Buckinghamshire. An innocent bystander, Ms Rand, 47, had been sitting on a bench when the man threatened by Imiuru knocked the bottle out of his hand. She was treated in hospital for 5 per cent burns and released but died 11 days later from organ failure and septicaemia. While in jail awaiting trial over the death of Ms Rand Imiuru attacked two female prison officers.