Is the Political Center Holding in Europe? 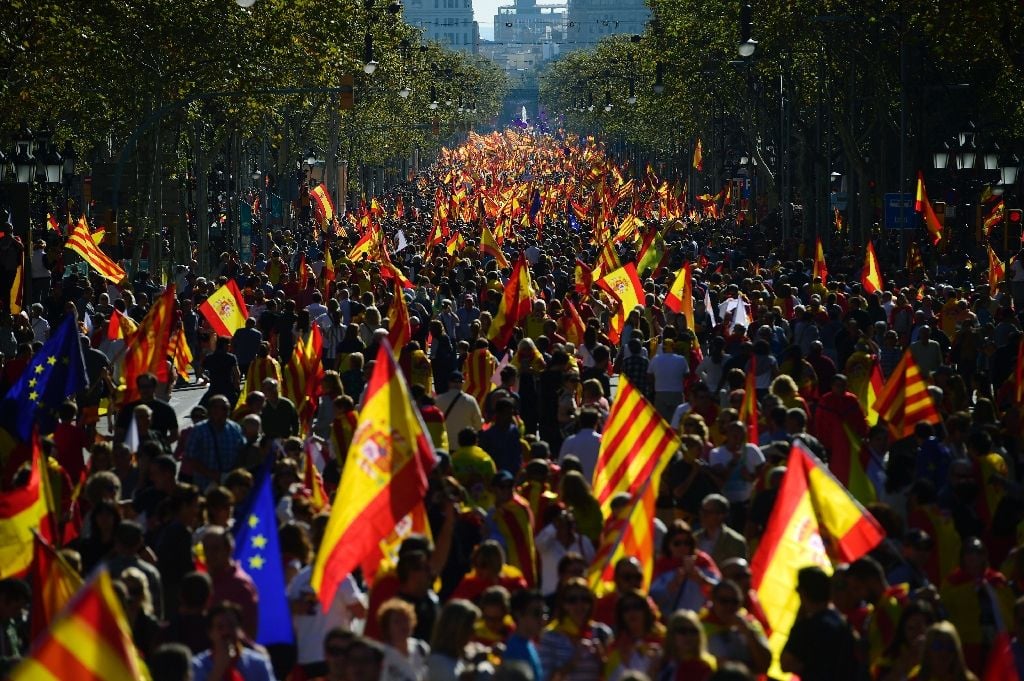 The tension between political demands for self-determination on one hand and maintaining the sovereigny, the unity of a state on the other is a historically recognisable aspect of political life. Yet surprisingly, politics in Europe today are turpulent and unpredictable to an unexpected degree. The tumult and chaos in countries from Britain, Ireland, and Spain to Italy and the Czech Republic, and even in Russia, allows for a question, is it an earthquake or simply a shock, is it all  a charade or the real thing?

The basic dilemma is familar from Edmund Burke who wrote in his Reflections on the Revolution in France, “A state without the means of some change is without the means of its conservation. Without such means, it might even risk the loss of the constitution which it wished the most religiously to preserve.”

There appear to be four fundamental and interelated problems; the challenge of a section of the population of a country to central authority; the nationalistic and populist opposition to the immigration policy of the European Union as stressed formerly by Germany; the restriction or ban on Muslims entering the EU, though a tough position on this was defeated in France and in the Netherlands this year; differences and even a possible split between the more prosperous and historically democratic countries of West Europe and the less prosperous former communist countries of Eastern Europe.

To take the most surprising issue. Russia as always is a dilemma, and predicting the past and perhaps even the present was a perilous occupation. Now, Russian TV in November 2017 is presenting a documentary on Leon Trotsky who was brushed out of history, physically and figuratively, by Stalin and about whom little is known by the younger generation. Perhaps Trotsky reappears to history because of President Vladimir Putin’s explanation that he wants respect, an objective and honest analysis of Russia’s common history. But unlike the situation in European countries there is no serious challenge to the unity of Russia.

Elsewhere in many countries in Europe there is an inherent struggle between unilateral demands for autonomous self government, and even independence, and the activities of a governing state to maintain the unity and sovereignty of the nation-state. Countries are beset by the presence of populist, anti-establishment political parties, and the challenge of part of the citizenry to central government. By far the most intense and volatile is in Spain with the ongoing unresolved dispute between the central goverment and the independence Catalon movement based on a distinct identity, language and culture, as well as economic issues.

Irrespective of the complicated issue of Brexit and the relations between the UK and the European Union other countries have problems with some of the functions and policies of the EU. The most recent example is the Czech Republic parliamentary election of October 21, 2017 that resulted in unexpected gains by the Populist Party Ano(Yes), Action of Dissastified Citizens getting 39% of the vote compared with 24% in 2013. The party is led by the 63 year old billionaire Andrej Babis, said to be worth $4 billion from food, biofuel, and fertilser companies, and substantial press holdings, and who campaigned as an outsider, though he had been finance minister for four years.

It is not clear if his political proposals such as abolishing the senate and establishing a first past the post electoral system indicate he is a threat to democracy in the country. What is important is that he is unwilling to join the euro, and above all is critical of EU migration policy, calling for reduction or end of Muslim immigrantion, as well as friendship with Russia.

Elements in two countries in particular, Spain and Italy, are involved in a challenge to central authority. Political  factions sometimes like scorpions court each other with kisses and dancing before delivering a fatal blow. This is not the case in Spain. Events in Catalonia have produced a political and constitutional crisis, as Catatans in a referendum on October 1, 2017 voted by over 90% in favor of seceding from Spain but the turnout was only 43%. Ambivalence was shown by mass violence and demonstrations, some of half a million, using pots, pans, and honking cars, while those opposed to secession waved Spanish flags and shouted Viva Espana. Catalan leaders hold the actions of Madrid resemble a coup d’etat against Catalan autonomy, the worst since the days of General Francisco Franco, 1939-1975. Graffiti in Barcelona read “Franco is back.”

Catalonia has been virtually establishing a parallel goverment to the central one in Madrid, even to extent of establishing “embassies” in a number of foreign countries. Madrid has the overall law, power, and resources, on its side; Catalonia has enthusiastic supporters. Will the divisiveness mean the end of Spain as a political unit? Prime Minister Mariano Rajoy is wondering how to remove the secessionist leaders from their positions of power in Catalonia, and to reinstate the legal order; Catalan lawmakers want self-determination and even a declaration of independence.

The uncertain response of Madrid appears to be to  take control of Catalonia, and hold new regional elections within six months, establishing direct rule, jailing leaders of the seccessional movement, threatening to imprison the Catalan chief of police, and to arrest the Catalan President Carles Puigdemont if he tries to declare independence that was declared in the referendum on October 1. At the extreme, Madrid is considering implementing Article 155 of the Constitution, by which the government has the right to take “necessary measures” to get compliance. Spanish courts have held that Catalonia is breaking the law. Using 155 can suspend any of the self-governing powers of the 17 regions if they disobey constititional obligations or attack the “general interests” of Spain. However, Article 155 has never been invoked. If it is used it might cause difficulties for the maintenance of the 1978 constitution which set up the 17 autonomous communiies, largely to accomodate the Basque and Catalan regions.

Whatever the actions in Spain, they are a more modest counterpart to the Italian situation, though there is a difference. Unlike the Spanish situation, the Italian referendums have been aproved by the Italian constitutional court. Demand for more automony have come from 2 regions, Lombardy , with Milan as its center, and Veneto including Venice. Together the prosperous regions account for one quarter of the Italian population and 30% of economic output , thus contributing disproportionately to Rome. Referendums in the two regions on October 22, 2017 had overwhelming approval for more autonomy: Veneto, 98.1% and Lombardy 95.3%.

Though some in the two regions call for secession, in general dissidents want more authority over a variety of issues: environment, health, education, and above all security and immigration. The challenge for many years has come from the Northern League, Lega Nord, founded in 1991 by the poet Umberto Bossi, though apparently a relatively mild form of fiscal federalism  For Italy the problem is that referendums may spread to other areas, Liguria, and Emilia Romagna, and make unity more difficult. No one, not even Luciano Pavarotti, is likely to sing O Sole Mio, over that.