From France 24 and Associated Press via WSLS of Virginia

The Islamic State group said Monday it had seized the coastal town of Palma in northern Mozambique, after days of fighting.

“The caliphate’s soldiers seize the strategic town of Palma” following a three-day attack against military and government targets that killed dozens, the group said in a statement on its Telegram channels  . . .  saying it was carried out by the Islamic State Central Africa Province, according to the SITE extremist monitoring group.

Extremist militants raided Palma, a town of around 75,000 people in the province of Cabo Delgado that is home to a multi-billion-dollar gas project being built by France’s Total and other energy companies. The rebel claim said the insurgents now control Palma’s banks, government offices, factories and army barracks, and that more than 55 people, including Mozambican army troops, Christians and foreigners were killed. It did not provide further detail on the dead.

The fighting spread across the town Monday, according to Lionel Dyck, director of the Dyck Advisory Group, a private military company contracted by the Mozambican police…“There is fighting in the streets, in pockets across the town,” Dyck told The Associated Press

“This attack is not a surprise. We’ve been expecting Palma to be whacked the moment the rains stopped and the fighting season started, which is now,” he said. “They have been preparing for this. They’ve had enough time to get their ducks in a row. They have a notch up in their ability. They’re more aggressive. They’re using their mortars.” He said many were wearing black uniforms.

“There have been lots of beheadings. Right up on day one, our guys saw the drivers of trucks bringing rations to Palma. Their bodies were by the trucks. Their heads were off.”

The battle for Palma is similar to how the rebels seized the port Mocimboa da Praia in August. The rebels infiltrated men into the town to live among residents and then launched a three-pronged attack. Fighting continued for more than a week until the rebels controlled the town center and then its port. The town, about 50 miles south of Palma, is still held by the rebels.

The insurgents began as a few bands of disaffected and unemployed young Muslim men. They now likely number in the thousands, according to experts.

“The attack on Palma is a game-changer in that the rebels have changed the narrative,” said one expert who returned from Palma earlier this month. “This is no rag-tag bunch of disorganized youths. This is a trained and determined force that has captured and held one town and is now sustaining a battle for a very strategic center,”

Wassim Nasr the journalist and analysist for France 24 has video clips of the situation in Mozambique on his twitter account. 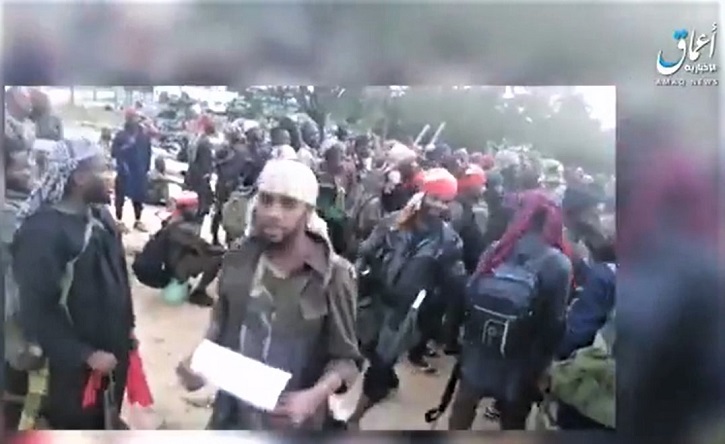 In this one above of what he thinks is the preparation for the advance on Palma one of his followers makes the very pertinent comment, “Il serait vraiment de savoir les nationalités qui combattent avec ce groupe.”  I could bear to know the nationalities of the fighters in this group.