Israel is not an Apartheid State 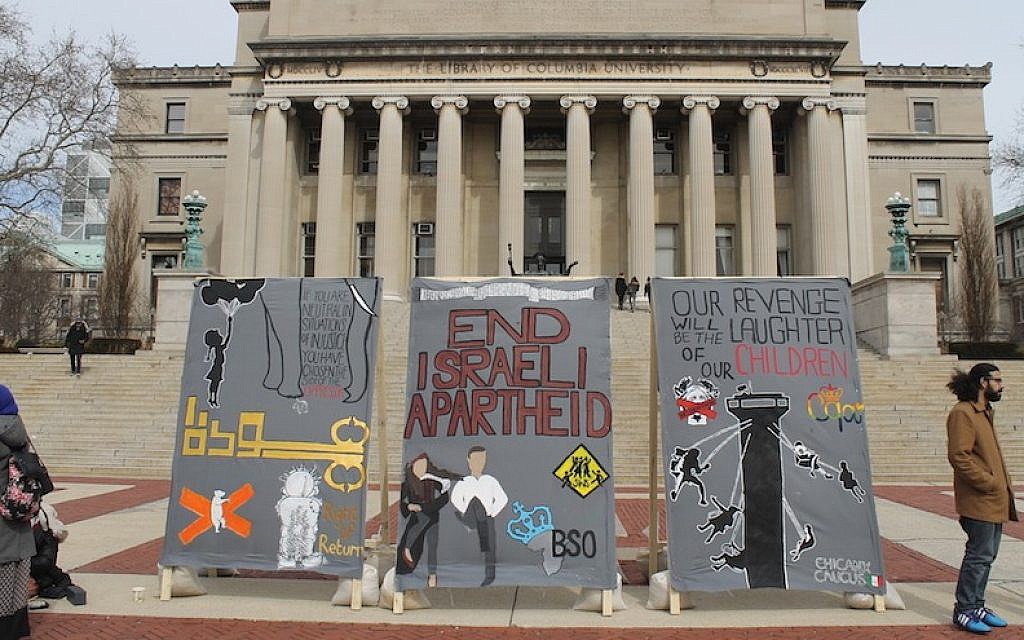 The world was treated on March 7, 2021 to a controversial conversation hosted by Oprah Winfrey with the Duke and Duchess of Sussex, herself of mixed race. In the program, replete with smooth but vague accusations, slippery and opaque language, the most striking allegation was the charge of racism by unnamed individuals in the British Royal Family. The implication was that a “conversation” (sic) or “conversations” (sic) about how dark the skin of son Archie would be was connected to decisions about a royal title for one year old Archie and his security. Whether this allegation is the object truth is open for discussion, since some recollections may vary.

There is no similar vagueness or uncertainty about racism in a definite proclaimed accusation, “Israel is an apartheid state, Israel is a racist state” that will again be trumpeted to the world on March 14-21, 2021, the days of this year’s Israel Apartheid Week, IAW.

This IAW , a familiar event since 2004, has been organized by Palestinian groups supposedly to demonstrate “against racism, colonialism, and apartheid.” But the organization, and its offspring BDS, Boycott, Divestment, and Sanctions, movement formed in 2005, are less concerned to protect the rights of Palestinians than, with its overtones of antisemitism, to advocate the eliminate Israel as a Jewish state. Mike Pompeo, then Secretary of State, declared on November 19, 2020 that the Palestinian-led BDS was antisemitic, and that the U.S. would cut support to any group or organizations participating in it. Any objective assessment of IAW would indicate it is guilty of three Ds: delegitimize Israel, double standards regarding it, demonization. It does not pay equivalent attention to the treatment of abused minorities suffering from racism elsewhere, currently in Myanmar, Iran, China, and Syria.

The apartheid analogy is used not only to refer to Israel’s policies in the West Bank, but also extended to apply to the treatment of Arab citizens in the state of Israel. The argument is that Israel can be classified as a settler colonial society, akin to the South African apartheid regime. Various assertions are made to support the case: the system of identity cards, the growth of  Israeli settlements, the West Bank barrier, Israeli military checkpoints , and disparities of access to land and resources.

First, while admitting imperfections and disagreements over the Israel Law of Return, laws relating to security and land, citizenship, and the  nation-state Bill of 2018, it is factually inaccurate   to sustain the analogy for two reasons: the West Bank and the Gaza strip are not part of sovereign Israel; and the territories are governed by the Palestinian Authority in  the West Bank led by  Mahmoud Abbas, now in the 16th year of his four year term as president, and by Hamas in Gaza for 14 years. There is no equivalent to the Bantustans , the territories set up as national homelands for black citizens in South Africa.

Specifically, the organizers of the Week aim to call for grassroots support for the Palestinian struggle for justice, and raise awareness about Israel apartheid.  Seemingly forgotten or ignored are the manifestations of racism and colonialism in any other of the 193 countries in the world. This is the most striking illustration of the continuing biased concentration on Israel. The reality is that there is no overlap between the  annual Israel Apartheid Week  and the calls for the elimination of racism on a global scale, even as alleged by the Duchess of Sussex in the British Royal Family. Contrary to the argument of Angela Davis, the U.S. activist, at the IAW meeting   on March 16, 2020 justice on this question of racism has not been indivisible, nor has the Palestinian people   served as an inspiration for refusing to accept permanent subjugation and injustice.

This misuse of racism or apartheid concerning Israel  has been illustrated in the  countless conferences and discussions, especially in international organizations since the United Nations General Assembly  Resolution 3379 of November  10, 1975, which by vote of 72 to 35, with 32 abstentions, largely as a result of pressure by the Soviet Union, determined that “Zionism is a form of racism and racial discrimination.” That day, as Daniel P Moynihan then U.S. Ambassador to the UN said, is a day that will live in infamy. The selective morality of the UN was not involved with human rights but with arbitrary political standards dressed up in the guise of human rights.

In a curious fashion this statement was nullified by UNGA Resolution 46/86 of December 17, 1991 by vote of 111 to 25, most Islamic and Soviet states, and 13 abstentions, which did not use    the words “Zionism” or “racism” but decided “to revoke the determination contained in 3379.”

That bias has been manifested in the World Conferences against Racism organized by UNESCO to promote the struggle against racism, held in 1978 (Geneva), 1983 (Geneva), 2001 (Durban), 2009 (Durban).

At the Durban, South Africa 2001 meeting the focus was on the Israeli treatment of Palestinians, with little attention devoted to human rights elsewhere in the world. Because of the bias, the U.S., Canada, and Israel walked out of the conference. At the 2009 conference, president of Iran Mahmoud Ahmadinejad described Israel as a “totally racist government in the occupied Palestine.” Others echoed the assertion that Zionism is racism  and that Israel is a colonial state whose laws and institutions are akin to those of apartheid South Africa.  The echoes became louder as Israel built a security fence, 2003-4, and set up stricter regulations at checkpoint and border crossings.

It is useful to be reminded of the exact nature of apartheid in South Africa. The white minority was dominant over non-white racial groups through many separation laws. Black residents were stripped of citizenship and put in Bantustans. No laws of this kind exist in Israel  in which its Declaration of Independence  of May 14, 1948     pledges to uphold the full social and political rights of all citizens without distinction of race, creed, or sex.

Israel is a multi-racial country. Arabs constitute 1.8 million citizens, 21% of the population,  of whom 82% are Muslim, 9% Christian, and 9% Druze.  Arab citizens have full   civil and political rights, can organize politically, and freedom to speak on political subjects. Arabic was an official language   until 2018; then with the National State law of 2018 it has “special status.”

Arab participation and success in politics has increased. In the March 2, 2020 election, the United Arab List got 12.6% of the vote and won 15 seats in the Knesset.   Arab women, like all other women, can vote.

Arabs are not only   members of parliament:  they are also judges, including one on the supreme court,  cabinet ministers,  university professors,  diplomats, senior police and army officers.

It is an indication of continuing misunderstanding that in Britain the president of the National Union of Students, a woman   named Larissa Kennedy, will speak on March 18, 2021  alongside   Palestinian activist Omar Barghouti  as part of IAW in a program called “united against racism; resisting  Israeli apartheid,” hosted by  the Palestine Solidarity campaign.

Born in London of a family who came from the West Indies, Kennedy described herself as a granddaughter of the “Windrush generation.” She is a member of the black students        campaign NUS, the largest organization of black students in Europe.

Kennedy is the education officer at Warwick University, who seeks to “decolonize” the curriculum. Her outlook is clear.  She has said that Britain does not value black lives and is not treating them the same way (presumably as whites) during the coronavirus pandemic.

Barghouti   is the founder and leader   of the BDS movement. He has a degree in electrical engineering   from Columbia University and an MA in philosophy from Tel Aviv University. He lives in Acre, Israel.

Barghouti is a skilled propagandist who claims to reject antisemism and all forms of racism, and    states that BDS has consistently and categorically rejected all forms  of discrimination and        racism including antisemitism.  His struggle, he said, has never been against Jews or Israelis as Jews, but against an unjust regime that “enslaves our people with occupation, apartheid, and denial of the refugees UN-stipulated rights. He has also said that Israel’s   bestowal of rights and    privileges according  to  ethnic and religious criteria fits the  UN-adopted definition of apartheid.   Some Israeli methods, Barghouti asserted, of punishment of Palestinian citizens by racist, often sadistic and ever impervious Israeli soldiers “are reminiscent of common Nazi practices against the Jews.” In view of his statements one wonders about his education at Tel Aviv University.

Meanwhile, the one-sided UN resolutions on Israel continue. Of the 23 UNGA resolutions in 2020 that criticized individual countries, 17   were on Israel. Perhaps the impact of the Abraham Accords, started on September 15, 2020 with the establishment by Bahrain and the UAE, and then others, of formal diplomatic relations with Israel will dispose of the false accusation that Israel is an apartheid state, and end  the IAW goal which  is denial of the  legitimacy of the State of Israel.