Israel Tells Nasrallah ‘We Know Everything About You’ 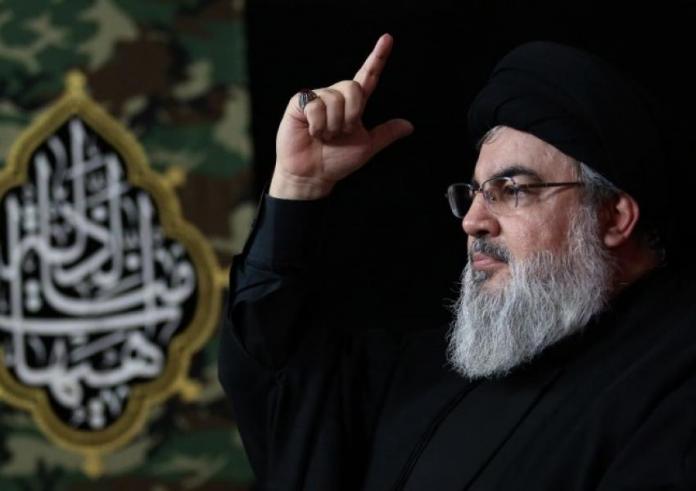 When a report appeared in the Israeli newspaper Yediot Ahronot on March 12, reporting on the claim of Israeli officers to “know everything” about Hassan Nasrallah, this enraged the Hezbollah leader and his loyalists. A report on their latest fit of rage is here: “Hezbollah slams IDF report on Nasrallah’s paranoia, megalomania,” Jerusalem Post, March 15, 2021:

Hezbollah slammed over the weekend that an article that appeared in an Israeli Hebrew daily claiming to reveal – for the first time – the secret IDF intelligence file on Sheikh Hassan Nasrallah, the terror organization’s leader.

The report in Yediot Ahronot revealed photos from Nasrallah’s childhood and that the IDF believes he is paranoid and reads obsessively everything that is written about him in the Israeli media.

Nasrallah is a megalomaniac, paranoid and obsessed with the media in Israel, and reads every word written about him. A narcissist and liar,” Yediot reported. “The coronavirus makes things worse, but he rejects vaccines made by the enemy, America. He is not going to retire anytime soon, and he is not grooming an heir.”

Nasrallah is certainly a megalomaniac, believing himself to be at the center of what he thinks is the most important conflict in the world: the Arab and Muslim war to destroy the Jewish state. He presents himself as the sole leader of the terror group, without any present rivals or potential successors. He is omniscient; nothing escapes him; he does not have, and does not need, a second in command. He is known to micromanage, believing himself to be the world’s greatest authority, in the same way that Hitler would overrule his generals, believing himself to be a military genius. But he doesn’t like having the IDF point this out. Since the assassination in 2008 of Hezbollah’s military leader Imad Mughniyeh, with whom he was close, he has had no successor waiting in the wings.

He is paranoid, convinced that the Israelis are out to assassinate him, and sees Mossad agents everywhere. But if Mossad had wanted to kill Nasrallah, its agents would long ago have done it. Now Nasrallah is known to be so fearful of attack that he almost never appears in public. He’s afraid to do so, and so appears less than once a year. When he does appear, it is never announced in advance, to prevent Israeli agents from knowing his whereabouts in time to plan an attack; these appearances are heavily guarded, and brief. Instead, he communicates by video link, and continually moves from hiding place to hiding place in Beirut, living in dozens of outfitted bunkers. He does not leave these bunkers, even to take walks; his only exercise is on the treadmills that have been placed inside the bunkers. He sleeps in a different bunker every few days; his guards do not tell him exactly where he will be spending the night. Hence Nasrallah’s famous remark that “even I don’t know where my [latest] hideout is located.”

With each new act of derring-do by Israel – the assassination of Mohsen Fakhrizadeh being the latest – his paranoia only deepens. In December 2020, intercepted communications suggested that so fearful had Nasrallah become after the assassination of Fakhrizadeh by agents of Mossad that he was making preparations to move to Iran and remain there indefinitely until the threat against him – a product of his vivid imagination — had subsided.

In response, Al-Akhbar editor Ibrahim al-Amin who, the Jerusalem Center for Public Affairs said is close to Nasrallah, wrote that the Yediot article was a “professional insult” and that “a student at the Faculty of Mass Communication” would have written a better article about the “most prominent enemy of Israel.”

This is how the megalomaniacal Nasrallah sees himself, and insists his courtiers — including the Al-Akhbar editor, Ibrahim al-Amin — see him, as not merely “an enemy” of the Jewish state, but as the “most prominent enemy of Israel,” outranking even Iran’s Supreme Leader, Ayatollah Khamenei.

Al-Amin denied that Nasrallah lives in an underground bunker as claimed in the Yediot article and wrote that he travels outside of Lebanon and moves freely throughout the country.

Every report about Nasrallah notes how fearful he is of appearing in public. This was true even before the assassination of Mughniyeh. Nasrallah was too scared even to attend Mughniyeh’s funeral, though he would have been massively guarded, but instead sent a video tribute. There is no evidence that he “travels freely about the country.” There are no reports in recent years of his going anywhere in Lebanon outside of Beirut. Between 2006 and 2014, he appeared in public at Hezbollah rallies – almost always without prior announcement, so as not to alert the Israelis – according to one account, a grand total of six times. Other accounts claim he appeared even less frequently. Many would call this level of fear “paranoid.” Another sign of paranoia is his belief that the coronavirus vaccines made in America might be dangerous for Muslims, and he has forbidden their use, apparently fearful of their potential effects.

Publication of the article in the mass-circulated Yediot newspaper is widely seen as part of the ongoing psychological warfare battle Israel wages with Hezbollah, which has included revelations where the Iranian proxy stores its advanced weapons and tries to manufacture precision guided munitions.

Publication in Israel of excerpts from the IDF file on Nasrallah is certainly part of “psychological warfare,” but the profile of the Hezbollah leader also also happen to be true. The IDF has not made up the signs of Nasrallah’s megalomania or paranoia. The psychic portrait compiled by the IDF in its file on him does not fabricate nor exaggerate. Hasan Nasrallah is s one more example of what Shakespeare described long ago: “Uneasy lies the head that wears a crown.” May that deep unease continue without relief or respite.

Prev‘Liberals’ in the United States blame ‘white’ man for Boulder shooting even as attacker turns out to be a Muslim immigrant
Note to Biden Administration: Consider an Independent KurdistanNext