Jazz Hands: the Sound of Silence 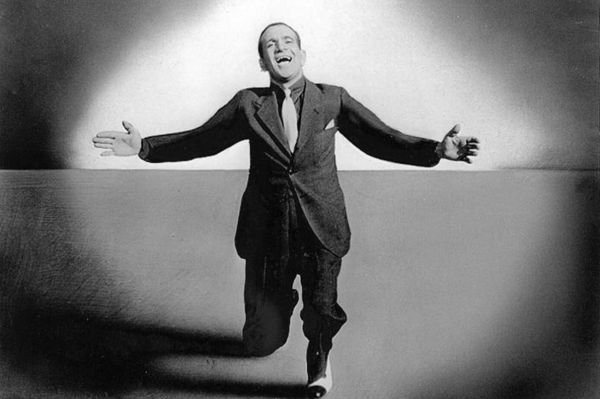 if you’re happy and you know it, don’t clap your hands. We already know from show business that the butcher and the baker, the grocer and the clerk  are secretly unhappy, they get paid for what they do, but get no applause. We are now informed by university snowflakes who keep falling on our heads that fellow students may be unhappy when they hear applause, clapping, at their gatherings.

On September 27, 2018 at the first meeting of the University of Manchester Student Union, a proposal was moved by Sara Khan, “liberation and access officer,” to ban traditional applause at Union functions shown by clapping which she claimed upset those with anxiety or sensory issues and was not sufficiently “accessible.”  The original proposal resolved to “swap audible clapping” for British Sign Language, BSL, approval, and urged student groups and societies to do the same. The proposal was accepted by the Union. BSL clapping will be part of inclusion training for new students.

The argument is that people with autism, sensory issues, and deafness had been “discouraged” from attending events because of loud clapping and cheering. The objective of the Union is to make sure that events are more accessible and inclusive for all, that all members of society feel comfortable and able to contribute fully, because clappng, whooping, and loud noises encourage an atmosphere that is not as respectful as it could be.

Only later, as a result of criticism but after the acceptance, this proposal was qualified, to indicate that it does not ban all audible clapping. The new formula is to encourage BSL clapping only during “democratic events, ” not at other events, gigs, theater productions, and sport activities, held by the Union. Disabled students, deaf or autistic, may feel more included in this democratic process. The Union leaders belatedly understood that some people may be more comfortable to countinue audible clapping.

These “democratic events,” are defined in curious fashion to mean those in which students are invited to participate in decision making which affects the democratic organization of the Students’ Union. In fact they are a small number of the events held each year.

Snowflakes are hypersensitive, easily offended, who long for safe places. Individually, they are light weight but a mass constitute a blizzard that has been transformed into a ban on controversial speakers or those considered offensive to their sensibilities. No doubt autistic people may feel uncomfortable in a noisy place with loud clapping. The proposed alternative to audible clapping is to appreciate silently with a version of BSL, Jazz Hands, waving with palms facing outwards, waving hands in the air.

The snowflakes contend that using Jazz Hands is safer and more inclusive  for those with a wide variety of  neurodiverse conditions who have hypersensitvity to noise.

They hold there is a need to make the Union more inclusive, and encourage an “environment of respect.” Their elders may remember Jazz Hands in other, more delightful settings on stage and films. Two in particular are memorable. Al Jolson in 1927 The Jazz Singer with arms outstretched, hands extended wearing white gloves, and more recently the technique adopted by choreographer Bob Fosse emphasizing hands. The policy of “Jazz Hands” was adopted by the National Union of Students , NUS, in 2015, on the grounds that clapping “triggers anxiety.”

A number of British university have registered concern about the “serious impact” of clapping or actions that might be seen as offensive. In 2017 the “equality and diversity unit ” at Oxford University issued a statement advising students that those who avoided eye contact with fellow students could be guilty of racism.

The University of Glasgow has begun issuing “trigger warnings” for theology students studying the crucifixion of Jesus Christ, informing them that they may see distressing images and would be allowed to leave the class room. At other universities, students have been warned of possible need to leave classes because of the content. Veterinary students have been warned they will encounter dead mice, archaeology students they will see a skeleton, and forensic students they will study blood, crime scenes, and bodies. Those studying “contemporary society”  are informed they will be discussing illness and violence.

Students at Manchester University in 2018 have affirmed their stance of political correctness and unwillingness to debate controversial subjects by removing from the wall of a university building lines from If, Rudyard Kipling’s inspirational poem. The students claimed that Kipling was a racist because the poem was a tribute to Sir Leander Starr Jameson, the British colonial statesman in Southern Rhodesia and Cape Colony who led the failed Jameson Raid against the Boers in the South African Republic in 1895-6. The students were not concernred about keeping their heads when all about them are losing theirs, but they did blame the version of history and want to “reclaim history.”

The views of snowflakes never cease to astonish, nor their adherence to false reality. A few years ago, a UKTV survey of 3,000 British teenagers revealed stunning results. Over 20% thought that Winston Churchill was a fictional character, and 27% believed Florence Nightingale, the pioneering nurse during the Crimean War, was fictional. The impact of movies and popular music was evident. 58% thought Sherlock Holmes was a real man living at 221B Baker Street, London, 51% knew that Robin Hood lived in Sherwood Forest, and 47% thought the Beatles Eleanor Rigby was a real person. The largest number, 65%, believed that King Arthur presided over a round table of knights at Camelot.

It is not surprising that young people unable to differentiate fact and fiction should not appreciate someone’s point of view by enthusiastic clapping, and argue that this and whooping to express support for a speaker has a serious impact on accessibility for disabled students, that clapping may discourage some students from attending “democratic” events, and forget that the hand waving they propose might cause overload for people with visual sensitivity. They need reassurance: Toot, Toot, Tootsie don’t cry, listen to the clapping and appreciate.