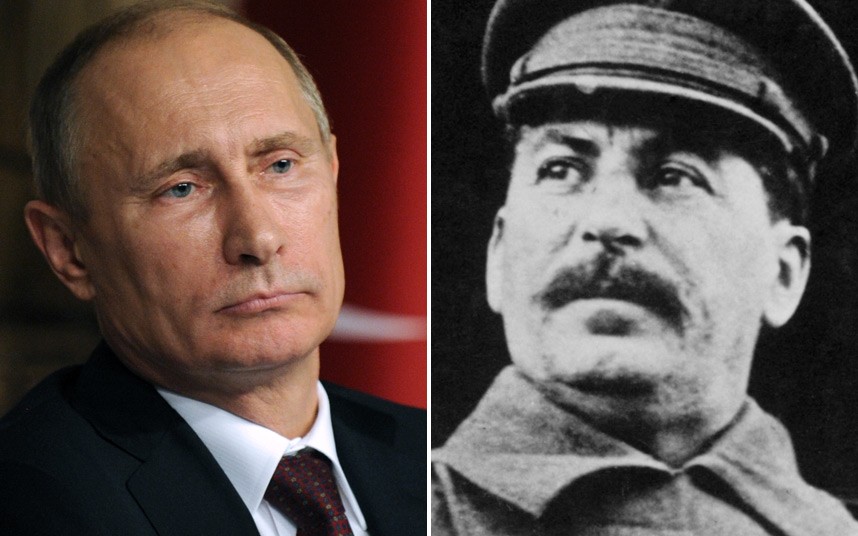 Are the Tsars out tonight? High in the sky the Tsars climb. For policy makers in Washington it is useful to compare two individuals who have risen in the Russian sky. On May  7, 2018 the 65 year old Vladimir V. Putin was sworn in as President of Russia for another six year term, his fourth term of office, having been elected with 77% of the vote.  He was not crowned Tsar in a relatively low key ceremomy that was attended by about 6,000 including sundry personalities, Gerhard Schroeder, former German Chancellor and critic of sanctions against Russia, Steven Seagal, Hollywood black belt in aikido and citizen of Russia since November 2016, and the head of the Russian Orthodox Church, Patriarch Kirill who gave Putin an 18th century icon. After the inauguration ceremony the secular Putin attended a prayer service at the Cathedral of the Annunciation.

Vladimir Putin has been in power, as president or as prime minister since the last day of 1999. According to polls conducted by the independent Moscow Levanda Center in 2017, his popularity remains high, partly because there is no obvious alternative, no candidate from political parties, or social organizations, or trade unions, who can be regarded as a possible alternative.

Yet, Putin is not the most renowned or revered Russian. A poll in June 2017 on which Russian was the national symbol and biggest hero revealed that Joseph Stalin was the “most outstanding person in history.” Stalin got 38% approval, while Putin tied with writer Alexander Pushkin at 34%. Stalin, probably seen as the hero of World War II rather than a cruel ruler, was even much more favorably regarded than Lenin, Bolshevik founder of the Soviet Union.

For the U.S. and indeed the rest of the democratic world a vital question is raised. Can Putin be seen as the heir of Stalin and the continuator of his policies? First, how to define Stalinism? Was it a perversion of the Bolshevism launched by Lenin, or was it the Revolution betrayed, or was it the embodiment of historic Russian nationalism using palatable language?

The showing recently of the black comedy film The Death of Stalin is a reminder of the crimes, the power struggles, counter plots, cult of personality, rewriting of history, the shifting truths in the Soviet Union. Central to most of that regime is the story of Stalin’s reign of terror, a “total river of blood” in Leon Trotsky’s words, during which more than 1.6 million party officials, military officers, intelligence agents, were murdered on fake charges of treason. In one year 1937-38, more than 700,000 were executed and millions of others were exiled or imprisoned.

It is arguable whether Stalin’s brutality towards Ukraine 1932-3 can be called Holodomor, the deliberate attempt at genocide, the death of  millions, some estimates go as high as seven million, of Ukrainians on ethnic grounds, and the elimination of the Ukraininan independence movement, or whether the catastophe was an act of nature, a  genuine result of crop failure. Either way, it was a state engineered mass murder of the peasantry. It was part of Stalin’s emphasis on the collectivization of agriculture. Every action of Stalin, other than the maintenance of his own power, was subordinated to “socialism in one country” and thus to a near permanent state of emergency. For Stalin, the Soviet Union was encircled by external enemies, and therefore a massive security organization was vital.

But Stalin’s paranoia embodied internal enemies for which the main instruments were the political police and the Gulag system of forced labor camps. The police, Cheka, OGPU, NKVD, and MVD, headed by brutal and sadistic persons, Yagoda, Yezhov, Beria, extracted confessions to non-crimes and eliminated all rivals to Stalin. Since no crimes had been committed, the penalty of social origin and former political affiliation sufficed .

The Gulag was central to the Soviet Union, with its numbers, place in the economy, impact on society, and its heritage. more than 18 million persons of all backgrounds were sent to camps between 1930 and 1952, and another 6 million sent to reside in controlled areas. The camps were a major example of forced industrialization, rail roads, mining, timber, and of colonisation of distant regions of the country. They were a universe of violence and arbitrary behavior.

Stalin was totalitarian, in total control of the Communist Party, of the state, of foreign and miltary policy, of culture. Vladimir Putin , at least not at this point, exercizes controls but is not another mastermind or facsimile of Stalin. Evidently he is a zealous Russian nationalist not an ideological Communist. It is arguable that in addition to a policy of a strong Russia, playing a significant role in international affairs he is, as accused by critics, concerned with managing Russia in his personal interest and those of his allies, a narrow ruling group.

Not surprisingly, Putin, the ex KGB agent, has established a formidable security apparatus. Two things remain unclear. Can the present state security organs operate with independence rather than act under direct control of Putin? What is the role of the oligarchs and the extent of organized crime on politics? Russia is plagued by protection rackets, kidnappings, international drug smuggling, and money laundering.

The FSB, the internal security and counterintelligence agency that has replaced the KBG, controls the judicial and penal system, has at its command thousands of armed men, access to diplomatic passports, an air force, access to exotic poisons, and to tools developed by criminals for commercial blackmail. In addition, Putin has a National Guard, about 400,000, paramilitary police and troops, equipped with attack helicopters, heavy artillery, gunships, and tanks. It is headed by Viktor  Zolotov, former bodyguard of Putin.

The question arises, to what degree is Putin aware of or responsible for the brutalities and murders during his time in office: the apartment bombings in 1999 blamed on Chechens, that killed 300 and helped bring Putin to public attention and  to power; Paul Klebnikov, American editor of the Russian edition of Forbes, in Moscow in 2004; journalist Anna Polikovskaya shot in 2006; ex KGB agent Alexander Litvinenko in London 2006; Alexander  Perepelichny, businessman, in London 2012, oligarch Boris Berezovsky in his bathroom in March 2013; opposition leader and former deputy prime minister Boris Nemtsov, near the Kremlin in Februry 2015; and the attacks in Salisbury.

An indication of the curbs on free expression was that two days before Putin’s inauguration, Russian security forces, accompanied by Cossacks, detained about 600 people including Alexei Navalny at the anti-Putin demonstration in central Moscow.

Putin has alternated between rhetoric about Russian military strength and defiance of the U.S., and emphasis on a necessary economic propram to make Russia modern, improve Russian living conditions, grow the economy that has been hurt by a low growth of 1.5%, inflation, low oil prices and the 2014 sanctions imposed because of Crimea. Between 2014-6, the rouble lost about half its value in international currency markets. In addition to reducing poverty, an objective is to raise life expectancy.

For the U.S. and the West it is encouraging that Putin may cut military spending to pay for domestic and economic reforms. He remains interested in Russia as a powerful military country, but he may be forced to give priority to improvement of Russian life, creation of a more equitable distribution of income, and concentration on the development of an economic and social infrastructure. That would be useful for U.S.-Russian collusion.