Let’s just admit it: the French are simply better than us

Yes, they have their vices, but where it counts – from public transport to tourism – they’re pretty much superior 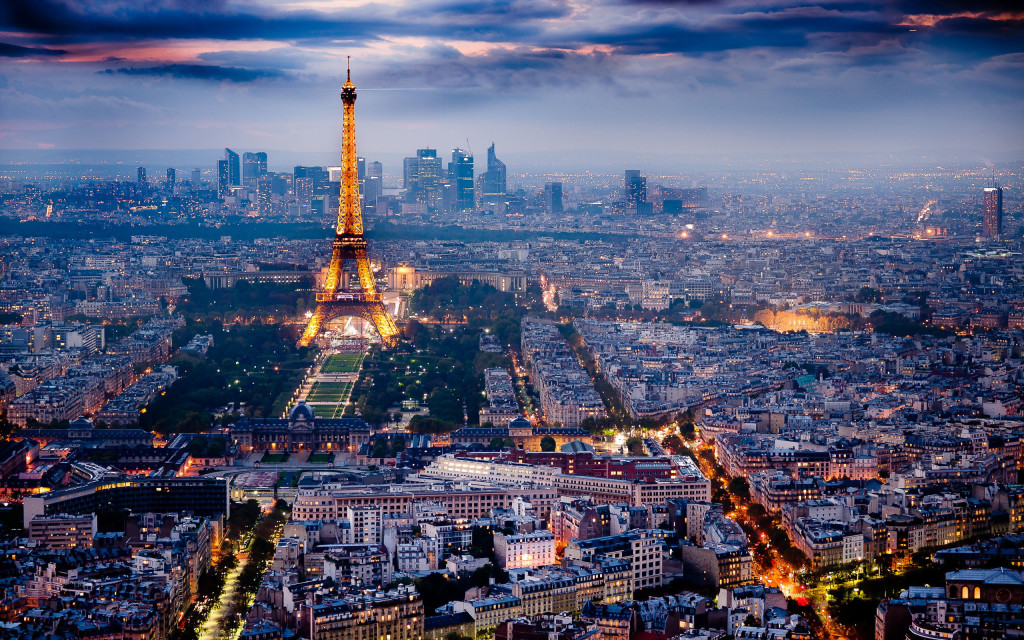 The French election, of unprecedented interest, hazard and potential for violence, has been largely about who is to blame. Blame for what, exactly? For the country’s chronic malaise. But is it the fault of the bankers, the bosses, the bureaucracy, or the immigrants?

Quite often the British press gives the impression that France is in some kind of deplorable condition that we must at all costs avoid, a hybrid, perhaps, of economic Guinea-Bissau and ideological North Korea. In part, this is because the French themselves so strongly lament the state of their country; I have a whole shelf of books (by no means exhaustive) in which French authors predict its imminent collapse.

Like any nation at any time in history, France has its problems. Its frightful battery farms of resentment, trafficking and delinquency are, in atmosphere if not physically, worse than anything in England; its vaunted educational system has deteriorated thanks to the belated adoption of gimcrack theories. France’s modern architects and architecture are among the worst in the world, all the more painfully so after their nation’s immemorial achievements in this field. After 1,000 years of successful practice, the French now cannot build a decent house.

Among small businessmen there is much anger at the labour laws, social charges, regulations and legal bias against them that inhibit their efforts at expansion, and seem to reward idleness. Only three weeks ago, two small businessmen — one a forester in the depths of la France profonde, the other a Parisian taxi driver of Vietnamese origin — complained to me that, after 40 years of work and paying taxes, their pensions would be no larger than those who had never worked in their lives. (The taxi driver said that if, in the second round of the election, it came to a choice between Emmanuel Macron and Marine Le Pen, he would vote Le Pen.) I did not ask them how many people they knew of pensionable age who had never worked; but certainly I know people in France who regard a two-year sabbatical on unemployment benefits as their right rather than as a shameful act of exploitation.

This is far from the whole story. France, after all, is still the most visited country in the world — it has more annual visitors than inhabitants — and with good reason. No one who visits France can fail to observe how well administered it is. This is the good aspect of what most Anglo-Saxons would regard as an undesirable and even noxious cultural trait: that so many intelligent young people want to work for the government.

Its roads, for example, are among the best-maintained in the world, if not the best. Its public transport systems, not only in Paris, are likewise incomparable. France is clean, certainly by comparison with Britain; driving recently near Toulouse, I noticed that there was less litter in 100 miles than in 100 yards going out of my small (and beautiful) English market town. Whatever the explanation — the French not dropping litter in the first place or their councils being more assiduous in picking it up, or some combination of the two — it is to France’s advantage.

Curiously enough for a country reputedly so statist, there are wonderful markets every-where, usually with local produce. A comparison of the way books are sold in France is also instructive. France has maintained retail price maintenance on books, with the seemingly paradoxical effect that effective choice is much greater than in Britain, though the number of books published (a mere 80,000 a year, enough for me) is much smaller.

Every small town in France has at least one independent bookshop that sells real books, including the French classics. The only bookseller in my small town, W.H. Smith, sells mainly books by celebrities or about celebrities, or both, often discounted, as well as tales of childhood sexual abuse. There are no books about celebrities or sexual abuse in the two bookshops in the small town near my French home, which is of the same size as my English town. One cannot attribute the much higher cultural level in France to bookshops alone, but at the least they help to maintain it. I can buy Pascal locally in France, but I cannot buy Shakespeare locally in England.

Bookshops do not an economy make, of course; but the efficiency and intelligence of French work is evident, even in small things. The way the roadside drains are cleared every year in my very isolated part of the country is a joy to behold. The work is done not only quickly, but beautifully, as if the men doing it think it the most important thing in the world.

The attention to detail in shops is another painful contrast with Britain (for a Briton, that is). A florist in France gives the impression of being a specialist in flowers, not of someone who sells flowers faute de mieux or merely as a sideline. He or she wraps the blooms with an aesthetic consideration for the flowers themselves, with matching coloured tissue, for example. This raises the price, no doubt, but also the quality; and this constant concentration on detail raises the level of the florist’s, or his employee’s, practical intelligence. This is also true of the sale of fruit, fish, meat, cheese, bread, pâtisserie, etc. And all this adds to the enjoyment of life, though like any virtue it can go too far and become mere pettiness.

The rigidity of the labour market leads to higher unemployment, no doubt, but it is possible that it has some benefits: the difficulty of getting rid of an employee once he has been employed gives the employer an incentive to train him to be more efficient. And the French are more efficient: far fewer of them working far fewer hours produce at least as much as the British. The macro-economic figures of France are not altogether encouraging, but they seem to me no worse, on the whole, than Britain’s.

The French, like us all, have their vices. They are the most abominable hypocrites, though on a different subject to us. We are hypocrites about sex; they about money. They talk equality and exude avarice and envy. Their snobbery is as bad as ours. Although they pride themselves on Cartesian spirit, they strike me as not being very good at abstract, as against practical, thought. They take themselves seriously, and while we are deemed to be highly insular, we have no equivalent of the dispute or intellectual debate that is purely franco-français.

The French take more tranquillisers and antidepressants than anyone else (they have deserted their love of the suppository). But given man’s ability to make a hell of heaven and a heaven of hell, we should not exaggerate their woes, the better to avoid confronting our own.

PrevTrump and His Enemies
DHS is Still Engaging with CAIRNext