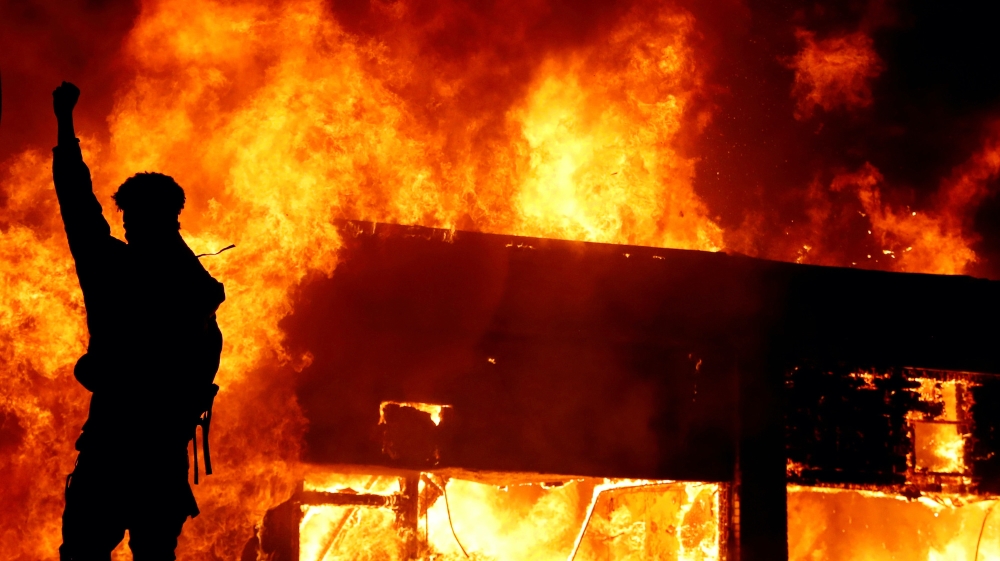 As the four-year anniversary of the mass shooting of Dallas police officers passes, a lawsuit has been reopened which alleges that social media outlets allowed the Palestinian terrorist group Hamas to radicalize Micah Johnson, leading the former U.S. Army reservist to take the lives of five police officers while injuring nine others.

Plaintiffs in Retana v. Twitter, Inc. allege that about two years before the attack, Johnson – a black nationalist – began sympathizing with Hamas. According to court documents, Johnson told a woman that he had just returned from Afghanistan and that “he was very much pro-Gaza,” leading her “to believe that he had been radicalized to the Palestinian cause supporting violence against Israel.”

Although three separate lawsuits have yet to present conclusive evidence of connections between Hamas and the Dallas shooting, black identity extremists from Dallas have expressed appreciation for the terrorist group’s violent revolutionary tactics, while Hamas’s local Islamist proxies have co-opted black civil rights causes to bring attention to their own radical agenda.

Plaintiffs in these cases discuss the long-standing connections between Hamas and national black separatist organizations. They point to Hamas sympathizers who furnished advice and support in 2014 to police protestors in Ferguson, Missouri, and they refer to “black separatist hate groups” which took a 10-day trip  in 2015 to the Palestinian Territories and Israel. Led by a guide from the Popular Front for the Liberation of Palestine, a U.S.-designated terrorist organization, activists from the black civil rights group Dream Defenders participated in a riot against Israeli soldiers and law enforcement.

In Dallas, black identity extremists continue to sympathize with Hamas while lauding its violent tactics.

Founded in 1989 in Dallas, the New Black Panther Party (NBPP) advocates an anti-white, anti-Semitic message of “black unity, collective action and cooperative economics.” Its leaders openly sympathize with the Palestinian resistance while demonizing the “crackers over in Israel” who oversee a “Synagogue of Satan.”

In 2014, NBPP Chief of Staff Chawn Kweli praised the insurgent tactics employed by Hamas and said that African Americans should “learn to fight for [their] land” from the Palestinians. “They don’t have all them tanks … but they got heart. They got will. They got guerilla tactics,” he said.

The Huey P. Newton Gun Club is a black nationalist militia that made headlines in 2014 for carrying out armed community patrols in predominantly African American neighborhoods of South Dallas. Johnson was reportedly affiliated with this racist hate group, and after his death HPNGC co-founder Yafeuh Balogun praised the cop killer and predicted that, “He will be celebrated one day.”

In 2018, Michael Thervil of Voda Consulting trained HPNGC members in marksmanship, community patrolling, and counter protests.  As with NBPP members, Thervil praised Hamas as a model for African American insurrectionists to emulate “in terms of combat,” professing his “deepest love for Hamas and those fearless fighters in Hezbollah.”

Just one month after HPNGC members were drilled in “counter protesting,” the black militia put its training to the test when it appeared alongside NBPP members at the George R. Brown Convention Center in downtown Houston. Armed with assault rifles, the black nationalists provided security for the Islamic Society of North America (ISNA) during its annual conference.

As recently as the early 1990s, ISNA sent checks to the “Palestinian Mujahideen,” the former name for Hamas’s military wing, and in 2009 a federal judge ruled that there is “ample evidence” tying ISNA to Hamas.

Hamas also has deep roots in the non-black Dallas Islamic community. The most well-known and earliest connection is documented in USA v. Holy Land Foundation (HLF), the largest terrorism finance case in U.S. history  In 2008, the founders of the Richardson, Texas, charity were convicted of numerous charges related to financing Hamas, including conspiracy, money laundering, providing material support for terrorism, and tax evasion.

Ghassan Elashi, a founding board member of the Dallas chapter of the Council on American-Islamic Relations (CAIR), was sentenced to 65 years in prison for his role in funneling $12 million to Hamas after 1995, when the U.S. Department designated it as a Foreign Terrorist Organization. CAIR is listed as an unindicted co-conspirator in the same Hamas financing trial, a label that was subsequently upheld in federal appellate court.

Does Hamas now depend on its U.S. proxies to influence black nationalists?

As with CAIR and ISNA, American Muslims for Palestine (AMP) is an outgrowth of the now-defunct Islamic Association of Palestine (IAP), a Hamas propaganda front group that was dissolved in 2004 for funding terrorism, and several AMP board members were members of IAP before its dissolution.

Risheq was merely parroting views expressed on Hamas’s English-language website, which dismissed racial animosity as the primary cause of police brutality, pointing out that the “militarization of the US police and its use of deadly violence … is a relatively new phenomenon that has been largely imported from Israel.”

Celebrity Imam Omar Suleiman, the founder and president of the Irving-based Yaqeen Institute for Islamic Research, is perhaps the most celebrated Muslim cleric in Texas – if not the U.S. Suleiman has been a vocal advocate of Hamas proxies such as AMP, and he is featured on its website soliciting donations. He headlined a 2017 AMP rally in Washington D.C., before appearing one year later as a guest speaker at AMP’s annual conference.

Suleiman is also a vocal supporter of Black Lives Matter, and he has tweeted his support for violent Palestinian resistance. On July 14, 2014, he gave this prayer on Twitter:

“God willing on this blessed night as the 3rd Intifada begins, the beginning of the end of Zionism is here. May Allah help us overcome this monster, protect the innocent of the world, and accept the murdered as martyrs. ameen.”

On May 14, 2018, Suleiman posted a Facebook post in support of the Hamas-led Hamas-endorsed March of Return riots, claiming that Israel wanted to “kill off” Palestinians and encouraging resistance “by any means necessary.”

Historically, Dallas has been an incubator for both Islamic extremism and black supremacism. These two movements may not share the same aspirations, but they certainly share many of the same hatreds. Their alliance is an abstract one, drawn together through the demonization of both the Israeli military and American law enforcement, under whose jackboots Palestinians and African-Americans are, ostensibly, jointly oppressed. This conspiracy would link Gaza and Minneapolis as two battlefields in a single war.

And yet black supremacists are largely not Islamist; and Islamists are certainly not truly committed to the idea of black supremacism. One is exploiting the other, using African American grievances to deflect criticism of radical Islam. And Micah Johnson may not be the last radical to be drawn in.

Anne-Christine Hoff is the Dallas Counter-Islamist Grid Research Fellow of Middle East Forum. You can connect with her on LinkedIn.

PrevThe Five Burning Questions of This Election Season
Iran: Be Afraid, Be Very Afraid (#4)Next