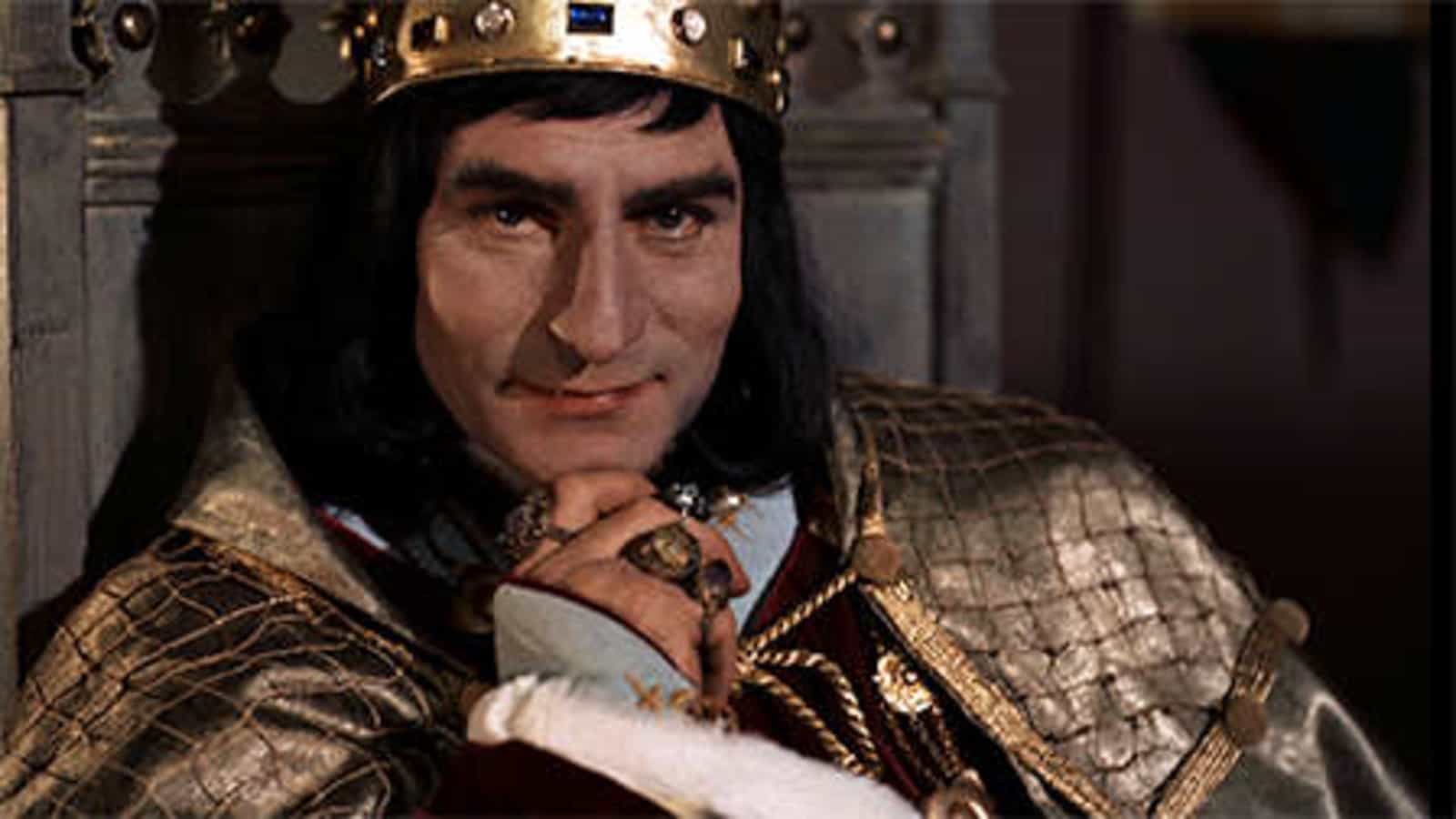 Now in the winter of our Covid-19 pandemic there are two mysteries to be solved, though less diverting than a previous puzzle. In November 1980 more than 80 million people tuned in to watch the CBS Network program, the pop culture soap opera Dallas, to find out who had attempted to murder the villain of the show, Texas oil magnate J.R. Ewing. The slogan, “Who Shot JR,” had been coined by an advertising agency to stimulate interest in the program. It became a U.S. national catchphrase, and helped cause a global phenomenon of viewers eager to guess who was responsible for the attempted murder. All the characters in the show were suspects before the culprit was finally revealed in the fourth episode of season four, as the former mistress and sister of JR’s wife.   Ewing was a villain, a man who deceived his business associates, a nasty man, greedy and passionate, who plotted against his family, and was cruel to his wife who was committed to a sanitorium, but he was also an interesting character, fun to watch.

In many ways the character of JR resembles that of King Richard III, at least in fictional presentation as Shakespeare’s anti-hero who is depicted as a villain, Duke of Gloucester, plotting his way to the British throne, and murdering everyone who stood in his way.

However, the solution to the issue of JR was made known, but the actions and responsibility of Gloucester for murder are still controversial.

This is in line with the historical reality that the nature of some deaths or misdeeds are still in question. To name a few that are questionable and intriguing. Was playwright Christopher Marlowe killed in May 1593 aged 29 in a drinking brawl in a pub in London or was he a government spy who escaped? Did Wolfgang Amadeus Mozart, while composing his Requiem, die on December 5, 1791, aged 35, of a physical disorder or was he murdered by a jealous rival? Was Napoleon Bonaparte in exile in the island of St. Helena poisoned or did he die of stomach cancer on May 5, 1821?  More recently is the lack of certainty over the deaths of Hollywood superstars: Marilyn Monroe on August 5, 1962 of an overdose of barbiturates, or by a conspiracy of murder; and Natalie Wood on November 29, 1981 of “drowning plus undetermined factors.”

It was Sir Thomas More, a courtier of King Henry VIII whose book originated the issue of regicide, the result of actions of the Duke of Gloucester who became King Richard III, who became Lord Protector, acting as Regent after the death of Edward IV, in 1483, and  who locked up  the two legal heirs to the throne, the youngsters Edward V  aged 12 and Richard, Duke of York, aged 9, in the Tower of London where they disappeared. Shakespeare, influenced by More, portrayed  Richard as a hunchbacked, deformed, “rudely stamped”, monstrous tyrant who was determined to prove a villain and become a murderer. However, other explanations are necessary. Richard was not a hunchback, though he had scoliosis, nor did he have a withered arm. Like JR in Dallas, his character is fundamentally flawed by his ambition for power, and his manipulations to achieve it. Though the world of medieval politics differed from Texas behavior, Richard and JR were similar in being power hungry, mistrustful, ruthless.

The key question is whether Richard did order the murder of the two young princes or whether this argument was the fictional presentation by Shakespeare in a role as a propagandist on behalf of the Tudors to blacken the name of the previous king and increase support for the new ruling house? In the 1670s the bones of the two boys were found in the Tower of London, and in the 1930s the remains were scientifically reexamined. The controversy of the deaths of the boys and of the behavior of Richard was reignited by actions beginning in 2012. Richard was killed on August 22, 1485 in the Battle of Bosworth Field, the last important battle of the Wars of the Roses between the Lancaster (red rose) and York (white rose) families. He was buried in a grave in a church in Leicester, but the tomb was lost. A search for his body began in 2012. Excavation in a public car park in Leicester found the skeleton of a man who had scoliosis. After DNA testing and using other evidence, the conclusion was that the skeleton was indeed that of Richard. His remains were reinterred in March 2015 in Leicester Cathedral.

The remains may have been found but the debate on Richard, his character, his motives continues. In this age of Fake News can Shakespeare’s compelling critical presentation of the last of the kings of the house of York, and of the Plantagenet kings, be regarded as propaganda to support  the claims to the throne of the Tudor monarchs since the claim of Richmond who replaced Richard and became Henry IV was not strong.

Was Richard a ruthless seeker of power, an attractive monster, or was he justified in his actions and as a brave king, who was the last to die in battle and who ruled for two years 1483-1485, due to hostility against him? Richard was abused and insulted by almost everyone as a fiend, a devil, a murderous villain, and unfit for any place but hell. The prediction was, “Bloody will be thy end.”

As a result, Richard, partly playacting, responded in assessing his character and his need to act.

Plots have I laid, inductions dangerous…just as I am subtle, false, and treacherous. I can add colors to the chamelon, change shapes with Proteus for advantages. Yet Richard does recognize his faults. I rather hate myself for hateful deeds committed by myself.  I am a villain and if I die no soul will pity me and wherefore should they, since that I myself find in myself no pity to myself.

If there some lingering doubts about Richard III, utter villain or attractive, maligned character, there are none about Jimmy Hoffa who had a colorful life but has had an even longer career in death.

Jimmy Hoffa was president of the Teamsters Union for ten years, 1957-67, during which he made it the most powerful union in the U.S. but also became involved with organized crime, thus drawing the attention of legal officials, especially Robert Kennedy.

Hoffa was arrested and sentenced for jury tampering, attempted bribery, and pension fraud to 13 years prison, spending his time in Lewisburg Federal prison, from where he was released after 5 years in 1971. He received a pardon from President Nixon, but on the condition he would avoid any union activity. But after release Hoffa tried to regain the presidency of the Teamsters, a position occupied by Frank Fitzsimmons, his former deputy. To gain support, Hoffa spoke of exposing the infiltration of the “mob,” the Mafia, into the union.

On July 30, 1975, Hoffa went to the Machus Red Fox restaurant, about 25 miles from Detroit to meet  two  individuals:  Anthony, “Tony Jack”, Giacalone, Detroit mobster and Anthony, “Tony Pro,” Provenzano of the Genovese family. But the two never showed up, and Hoffa waited  in the parking lot of the restaurant, during which time he called his wife to say he was being stood up. He disappeared without trace.

There is no question of Hoffa’s character and past behavior, but his disappearance has spawned imagination about his fate. A surprisingly large number of unsavory individuals claim knowledge of that fate or even profess to have murdered him. Perhaps the most remarkable outcome was portrayed in the 2019  film, The Irishman, directed by Martin Scorsese, which depicts  Hoffa being shot by a man named  Frank Sheeran, a Teamster official in Delaware, and a mobster hit man, ordered to do so by Russell Bufalino, Pennsylvania mob boss. An additional intriguing note in this narrative is that one character in the film, a crime boss, obliquely refering to the assassination on November 22, 1963 of JFK says, “if they can knock off a president,  they can knock off  the president  of a union.” However, other powerful enemies claim the honor of murder. One is Salvatore, “Sally Bugs”, Briguglio, also known as the “torturer” who was himself later murdered in March 1978 in Mulberry Street, in New York’s Little Italy.

We still do not know who killed Jimmy Hoffa. Equally, we do not know where his body or remains to be found. They are said to be in the Florida everglades, under the field at Giants stadium in East Rutherford, New Jersey, in  a landfill in Jersey City, co-owned by Paul Cappola and Phil  Moscato, and in a landfill which was searched by   the FBI in 1975 to no avail.

Yet hope is not lost. A news report by Fox Nation TV on February 1, 2021 states that it had used radar experts to locate underground material where Hoffa may be lying in a 55 gallon steel drum in a dump in New Jersey. In this picturesque account, the container with his body was dumped in a hole, and then more steel drums were put on top of it. Those looking for Hoffa will therefore find him beneath the Pulaski Skyway in a landfill now owned by the New Jersey Department of Transportation.