Make Up for Him and Mission for Her in Paris 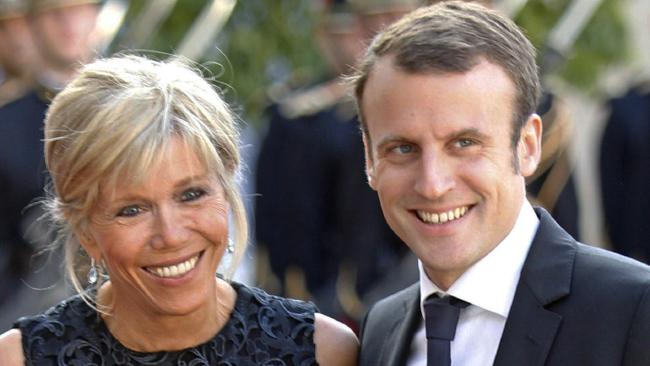 That face, that beautiful face, is now a center of amusement in Paris. For centuries that city has been the world center for style and elegance for women. It’s about time that men, especially politicians, displayed an attractive public image and are ready for their close up. The question arises however, are they holding the mirror up to nature?

Do all French politicians want to look like film stars? It was enchanting news that the handsome, youthful looking, French President Emmanuel Macron during his first three months in office as president had employed a makeup artist named Natacha for his appearances in a TV studio and in the presidential Elysee Palace at a cost of 26,000 euroes ($30,695). Sacre bleu, since these are cutting times in France.

Macron not is the first president to have employed a similar person. Macron’s predecessor Francois Holland, the “shampoo socialist” with thinning hair, spent 11,000 euros a month for a stylist barber, and Nicolas Sarkozy, with more hair and a beautiful wife, only 8,000 euros a month.

Moreover, French politicians are not alone. British Labour leader Tony Blair, in  six months spent £1, 800  on cosmetics and make up. Curiously, his stylist changed his hair parting from right to left, while Blair politically moved the other way during his tenure in office. Was she hiding his real face? Even more questionable is the case of former Conservative Prime Minister David Cameron. He only paid £90 for a haircut, but his British-Italian barber got an MBE (Member of the Most Excellent Order of the British Empire) for his services.

During the French presidential campaign Macron was a relatively new face, but it was a fresh face; now we know why. His beautiful hair, stance and allure allowed him to be nicknamed Jupiter, a forceful leader like the chief Roman god. But gods, like humans, have their day. With each make up Macron has been losing popular support. Part of the reason is that he has been cutting jobs as well as hair.

Macron been undertaking austerity measures, cuts in the budget, in housing benefits for students, in defense. Courageously, he has suggested changes in French labor laws, making the 35 hour week more flexible, and a controversial proposal for the EU to pool financial resources to protect against future crises.

Seen by some as authoritarian, Macron has encountered problems in relations woth other members of the EU. The most striking is the quarrel with Poland over the EU rules on cheap labor going from eastern Europe to more prosperous EU countries. Poland is the largest source, 300,000 to 400,000 a year of these “posted workers.” These workers while abroad continue to pay into tax and social security systems of their own countries, and so employers can hire them them for lower wages than citizens of western countries.

Meanwhile, Macron has been faced with a domestic-public issue. Part of the yothful image of the 39 year old Macron has come from photos bicycling with his wife, Brigitte, and the repeated tale of his romance starting at the age of 15 with his married drama teacherat school , 24 years older, first his partner and then his wife. Brigitte has playfully stated that the two of them have breakfast together, she with “my wrinkles” and he with his “youth.”

So far there is nonoficial statement on how much Brigitte spends on makeup and it would be in bad taste to ask for one. She appears to have an ageless style, and perhaps will become an icon.

Occasionally, it is indicated that the age gap between them is exactly the same as between Donald and Melania Trump. However, there is a difference. Melania is the acknowledged “first lady” of the U.S  Unlike the situation in the U.S., there is in France no official recognion of the wife of the president as first lady. There has been tolerance of informal relations of French presidents with their mistresses, even to the extreme one, the companion of Francois Mitterand, living in the Elysee Palace where his wife also lived, but there has not been an offical title, status, or budget for the wife of a president. Neither the French  constition nor any protocol defines any clear role for a spouse. At the moment Brigitte has three assistants, fewer than past comparable companions of presidents.

The situstion now is confusing., as the result of revelations during and since the presidential campaign. Macron probaby won the election because the opposition candidate was not Francois Filon. This right wing candidate, at one point leading in the polls, became invoved in a scandal when he falsely claimed his wife Penelope was his paliamentary assistant. However, she was paid public funds for little or no work. The scandal was compounded because she was also accused for being paid as a literary consultant to a magazine owned by a friend of Fillon. She was rarely consulted.

Since the election, two further matters affected the “first lady” issue. Macron’s actual opponent Marine Le Pen has been accused of misusing EU funds; some of her staff has been paid for non existent jobs in the European Parliament. Macron was unfortunate that the person he had chosen as defense minister, Sylvie  Goulard , the only woman appointed to a major cabinet position, was involved in a scandal and resigned on June 20, 2017. Her political party MoDem had used European Parliament funds to pay the party staff in France.

Macron has tried to resolve the issue by a so called  Charter of Transparency. It states that no legal text codifies the role of the president’s wife, but makes public the role that Brigitte can play and the financial funds available out of the budget of the presidency. Her mission will involve activity in areas such as as education, health, diasability, culture and gender equality, climate change, and violence against women and children, and special missions that may be neccessary.

None of these activities require make up or cosmetics for President Macron but his decision and clear statement on Brigitte’s role can be a useful model for Melania and a future US First Lady..