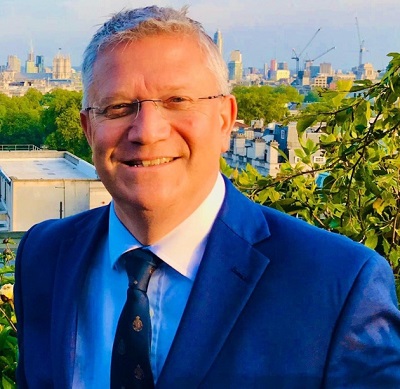 It says something when I find out something an East London/Essex MP says from Middle Eastern newspapers (via Jihadwatch) and not a local paper or national paper. From the National of Abu Dhabi, United Arab Emirates.

Andrew Rosindell has raised his concerns at the highest level of British government, asking ministers to answer questions over the rise in Muslim Brotherhood activities as a result of the pandemic

There are fears that the extremist movement has taken advantage of the Covid 19 pandemic to spread its influence.

Mr Rosindell, a Conservative, wants answers from his government colleagues over the increased activity in Britain and internationally by extremist sympathisers.

Mr Rosindell told The National that there needed to be a global effort to investigate and battle extremist networks using the pandemic to target “vulnerable people”. “All governments must act now to monitor and counter activities by extremist organisations such as the Muslim Brotherhood and organisations they control or influence, which may be exploiting the Covid-19 crisis to target vulnerable people and communities,” he said.

There are increased worries that the Brotherhood is growing in influence in Britain despite its close ties to miltant groups such as Hamas in the Gaza Strip.

Mr Rosindell has long been calling for a ban on radical organisations who use the country as a base to raise funds and radicalise Muslims through community-based organisations and institutions.

Mr Rosindell did speak to his local newspaper recently about his activities during the current quarantine period. If he mentioned this particular concern (and I have no evidence that he did) they chose not to report it.

The majority of people contacting him are either those stranded abroad, self-employed or run small businesses in the town. He wrote to Chancellor Rishi Sunak calling for more to be done to back the self-employed and, more recently, the directors of small limited companies.

The Romford MP, who has represented the constituency since 2001, said some people have an unrealistic expectation of his role.

“People have odd perceptions about what the job of an MP is. Everyone comes to me beause I am the person they know and think the MP has got miraculous powers to solve all these problems. . . “

He also revealed how he is continuing to receive abuse, especially on social media, during the current crisis. Mr Rosindell retold one story where a man sent a message warning that he would try and drown the MP in a pond if he saw him out on a walk.

“Unfortunately there are some unpleasant people out there. I have had several vile messages from people – they are not hurtful, I have got a thick skin…”  Mr Rosindell is not just a Conservative, he was a forthright brexiteer; that makes him unpopular with certain people, other than his constituents who voted for him.

Now I know I can look out for Priti Patel’s and Dominic Raab’s answers.

PrevMembers of Congress and Their Highly Selective Indignation
Something Quercus.Next