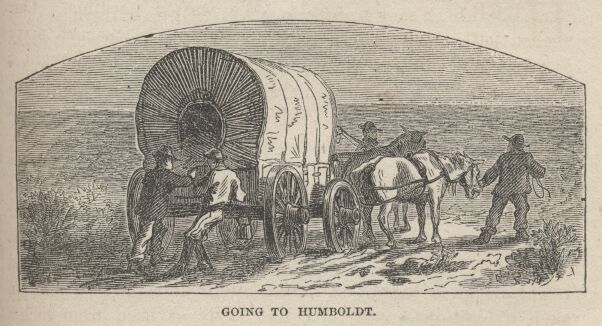 At the start of the Civil War, Mark Twain, having found no desire “to kill people to whom [he] had not been introduced,” fled to the West, later describing his experiences in Roughing It.

Some of the most vivid of those experiences were encounters with “desperados” — people for whom the “desire to kill” and dominate through fear was in their blood. The most notorious among them was a fellow by the name of Slade; Twain thusly described Slade’s first exploit: “[H]e joined one of the early California-bound emigrant trains, and was given the post of train-master. One day on the plains he had an angry dispute with one of his wagon-drivers, and both drew their revolvers. But the driver was the quicker artist, and had his weapon cocked first. So Slade said it was a pity to waste life on so small a matter, and proposed that the pistols be thrown on the ground and the quarrel settled by a fist-fight. The unsuspecting driver agreed, and threw down his pistol — whereupon Slade laughed at his simplicity, and shot him dead!”

Mr. Charles M. Blow is a more refined gentleman than Mr. Slade. Far from being an outlaw, he writes a regular column for the New York Times — and yet he would also like to cheat us and to “laugh at our simplicity,” to judge by his latest contribution titled “Seven Months on a Strict Twitter Diet” in which he tries to inveigle the reader into a similar, if not as deadly, trap. “Seven months ago, with the first rumblings that Elon Musk might buy Twitter, I made the decision to pull back from the site, and use it only to alert people to things like the publication of my column or my television appearances,” he states at the onset. “What I wanted to share with you was that you don’t need Twitter — or any social media — nearly as much as you think you do. In fact, your life would likely feel much fuller if you too went on a strict Twitter diet,” he concludes.

So: we should all cut on the use of the internet! But what would be the net result? Mr. Blow will still be able to express himself, pontificating via “the publication of columns or television appearances” — but how would others state their concerns and express their opinion? The New York Times is closed to us as writers; insofar as it is concerned, we should dutifully follow, but not speak. “Television appearances” are likewise out of question for us, the common folk. If all, including Mr. Blow, cut on their use of the internet, Mr. Blow will still have a venue for expressing himself — but we will be left completely mute, forced to merely listen to him and his ilk — the media elites — thus going back to the pre-internet days of the unchallenged dominance of the establishment media.

Needless to say, social media (and internet generally) is not yet the “great equalizer” that we need in the public discourse; the MSM is still dominant in the exchange of ideas. And yet, the internet does create cracks in the monolithic wall of corporate media, it does allow people to speak out, breaking the monopoly on speech previously held by those who think that they are “elites.” While those self-proclaimed “elites” still have a far bigger megaphone (like the New York Times), the internet sites are better than nothing — one may get lucky and get heard by the wider public using them, while the chance of getting heard via the New York Times publishing you is nil. MSM’s messaging is tightly controlled — its editorial censorship blocks raising even such all-important important topics as judicial fraud, or actual rationale for Islamist terrorism. MSM wants to control our understanding of the events; it wants us to be consumers of their product — but not the suppliers of ideas. They want to be the ones who speak; “we the people” should only listen, in mute attention. To read Mr. Blow, the internet should exist — if it should exist at all — merely for Mr. Blow’s self-promotion.

This is the exact replication of Mr. Slade’s wily proposition — yet the fellow who listened to him, came to grief. His letting go of Samuel Colt’s “great equalizer” was foolish and led to his demise. Hopefully, the internet will, eventually, become “the great equalizer” of one’s ability to be heard. Mr. Blow’s sly suggestion that we drop its use, and stand voiceless while he and his MSM ilk edify us with their selective “truths,” to better manipulate us, will undoubtedly fall on deaf ears. Mr. Blow thinks he is very smart (and he may be right) but we are not any less smart than he, and we won’t follow his sly, and deceptive, suggestions.