Fazel Ryklief watched in dismay as news of the Dundalk attack that left one man dead and two injured spread on Wednesday morning. Meanwhile, a tide of anti-immigrant abuse directed at Muslims had begun to swell on social media .

“In the end, irrespective of whether he was Syrian or Egyptian, it all came down to him being a Muslim. Islam always gets the brunt of it,” said Ryklief, who works at the Islamic Foundation of Ireland in Dublin.

“I want to stop feeling guilty about being a Muslim every time someone with a Muslim name does something like this,” he told The Irish Times, adding that he was not surprised that some media outlets immediately concluded that the alleged attacker was a Syrian.

…the “terrorist” rhetoric that has surrounded Muslims in recent years is having this effect, feared Dr Saud Bajwa, a consultant at Galway University Hospital and spokesman for the Galway Islamic Cultural Centre.

Dr Bajwa says the vast majority of Irish people treat Muslims with respect but that he has noticed a change in attitudes in recent years. “There is no doubt that these days people are quick to jump to conclusions,” he said. “On our side, we’re always praying sincerely that the latest attack is not a Muslim thing…” Whereas a Christian, Jew or Hindu would be praying for those injured and bereaved…

Ali Selim, spokesman for the Islamic Cultural Centre in Dublin’s Clonskeagh, says Irish people should take heed of their own recent history with Britain before drawing conclusions about members of the Muslim community.

Shaykh Dr Umar al-Qadri, imam of the Al-Mustafa Islamic Centre in Blanchardstown, Dublin agreed, saying that the Irish people’s experience in recent decades should prevent them from stereotyping an entire group of people as terrorists.

“This marginalisation of a community is pretty much how the Irish were treated during the 70s and 80s when every Irish person was treated as a potential terrorist.

Anyway the Irish authorities have got the message as they rushed to announce yesterday lunchtime that there was no obvious terrorist connection, despite  the obvious signs detailed in the Irish Times first thing.

“It has the hallmarks [of a terror attack],” said one source, “You have a lone actor, using low-tech weapons, a young man, that part of the world etc etc, but nothing confirmed and no one seems to know the guy.”

“It fits the wider European pattern by the look of it,” said one source, “which would suggest terrorism – a disenchanted young Muslim man, no sense of former issues with mental health or criminality.”

The Guardai are checking his phones but there is more to check than that.

“An Garda Síochána is currently liaising closely with our security and law enforcement partners worldwide to share and assess any relevant intelligence and its potential impact on the current investigation. At this time, we can find no established link to indicate that this tragedy is terrorist related. However, enquires are continuing internationally as the investigation develops. The threat level in this jurisdiction from international terrorism remains unchanged (MODERATE), where an attack is possible but not likely. The level of threat remains under constant review by An Garda Síochána in consultation with the Defence Forces.” 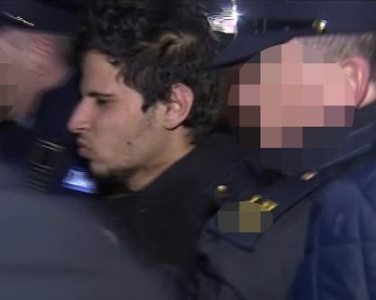 RTE reports Teen charged with murder of Japanese man in Dundalk.  Mohammed Morei was accused of murdering 24-year-old Yosuke Sasaki in Dundalk. He was remanded in custody to Cloverhill District Court next Thursday 11 January.

The prosecuting garda, Inspector Martin Beggy, said there was an issue with the accused’s nationality, which is undetermined at present. Gardaí have said they have found no established link to indicate the attacks, in which the Japanese national was fatally stabbed and two other people were wounded, were terror-related.

PrevThe Quiz, But…
My Questions About the #MeToo MomentNext