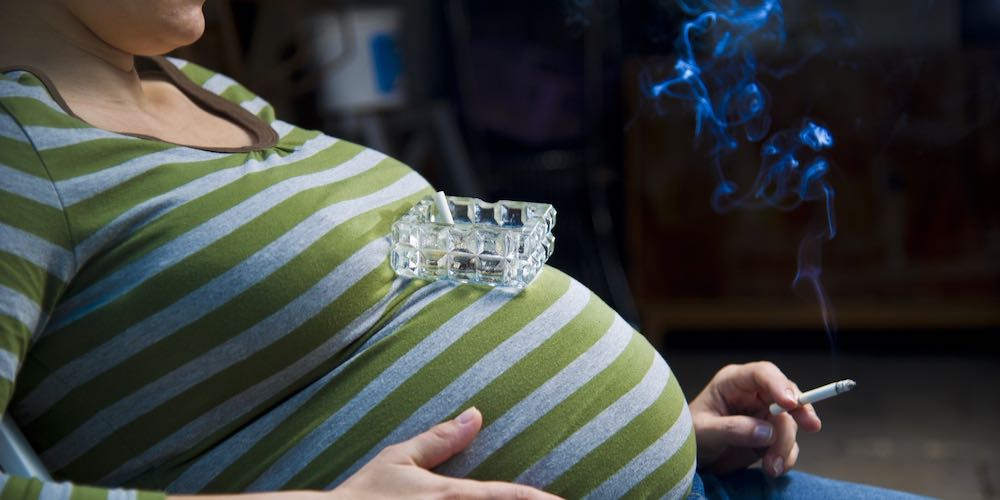 Am I my brother’s keeper, and if so, then precisely how many brothers (and sisters) do I have? This is the question that came to mind immediately, when I saw the cover story, “Paid to Quit: Support to stop smoking in pregnancy,” in the latest edition of the British Medical Journal.

The title referred to a paper describing an experiment in which 941 pregnant women who smoked were allocated at random to one of two groups. One group was offered the usual services that are supposed to help people to quit smoking, while the other was offered those services plus a financial incentive of vouchers for just over $500 to quit smoking. Twenty-seven per cent of those who were paid to quit while pregnant did so, while only 12 per cent of those who were not paid did so. In other words, about a quarter of a million dollars was paid out for 68 women to quit smoking during their pregnancy. Six months later, 6 per cent of the women in the experimental group and 4 per cent in the control group had maintained their abstinence from smoking.

The rationale for what amounts to bribing pregnant women to quit smoking is that the habit increases the risk of stillbirth, pre-term birth, low birthweight, sudden infant death syndrome, and later obesity. Moreover, smoking is now predominantly lower-class, and a commentary in the BMJ says that bribing women to give up smoking during pregnancy (the verb bribe is not used in the article, no doubt because it would be considered indelicate, even though accurate) is “a key opportunity to reduce health inequalities in early life.”

Another method to reduce inequalities in early life would be to induce non-smoking pregnant women to take up the habit, perhaps by offering them free cigarettes, thereby making the health of their children a little more equal to that of smoking mothers. In any case, it is clear that there is plenty of room for further research in the field. If $500 encourages only about a quarter of pregnant women who smoke to give it up, though only for the duration of the pregnancy, what would the effect of $1000 be, or $10,000? How much would be needed to induce them to give it up once and for all?

Needless to say, once the system became general, the amounts needed to achieve its end would tend to rise. After all, the bribery is predicated on the infinite or open-ended responsibility of the health authorities or the government for the well-being of its citizens, especially of the unaborted unborn. Therefore, no price could be too high to pay.

Suppose, then, that smoking pregnant women held out for more, once the bribery had become universal. What a wonderful blackmailing instrument they would have been handed: “Give me more money, or I will continue to smoke, and any harm to the baby will be your fault!” At what point, if any, could their bluff be called?

As the commentary in the BMJ correctly states, women who smoke during pregnancy tend to have smoking partners (not necessarily the fathers of their babies, of course), and therefore the scheme might usefully be extended to them as well. In addition, they—the smoking mothers and their partners—are likely to have smoking friends with whom they socialise. As the research shows, cessation of smoking for the sake of $500 is short-term, but the harm done to the health of their children by mothers who smoke is not confined to the gestation period, but continues long afterwards, throughout the children’s young lives in fact. Accordingly, there must be a case for extending indefinitely the bribe to smoking mothers, or other smokers who might have any contact with children and thereby harm them.

What of excessive drinking and other bad habits that harm, or might harm a proportion of children? Clearly, since prevention is better than cure, bribery of the population is a medical treatment of potentially very wide scope indeed. (It has already been tried on drug addicts, or those whom the same edition of the BMJ calls people who inject drugs.)

Perhaps the most notable and revealing feature of the paper and the commentary is their omission of the moral dimension of bribing people to behave in what those who offer the bribes consider to be a sensible or responsible fashion. The authors of the paper state that they have no competing or conflicting interests to declare and would likely be horrified if someone were to offer them a bribe: which means, in effect, that they divided the population into those who may rightfully be offered and receive bribes, and those who may not.

There is a contradiction at the heart of the whole approach to the problem. Pregnant women who smoke are on the one hand treated as if they were in the grip of a compulsion that is not their fault, that is a quasi-medical condition in itself, that it is therefore the duty of the doctor to cure or ameliorate. On the other, there is the assumption that, given a sufficient motive to do so, the pregnant mothers who smoke can perfectly well alter their conduct by effort of will. If they could not, after all, there would be little point in offering them a bribe (one would not offer a bribe to someone with a brain tumour to stop having it).

This attitude to those who behave in an irresponsible way does not necessarily have “liberal,” which is to say lenient, logical consequences. In the history of the world, the stick has probably been more often and more stringently applied than has the carrot been offered. The very same reasoning that justifies the offer of a bribe to pregnant women who smoke would, after all, could justify imprisoning them. In this manner, they could easily, and indeed more effectively, be prevented from smoking not only during pregnancy, but during the infancy of their children—and for many years afterwards. Think of the benefits to children! Fewer miscarriages, less future bronchitis and asthma, and so forth! Moreover, the money that the mother would have spent on cigarettes if not imprisoned could be entered into an escrow account, to be used only for the children’s education.

Condescension, it seems, is the new compassion.