From The Telegraph, ITV News

Grooming  gangs that preyed on 700 vulnerable girls and women in and around Newcastle developed an “arrogant persistence” because the authorities locked up the victims rather than the offenders, a Serious Case Review has found.

Operation Sanctuary, which was launched in 2014, resulted in 112 offenders being jailed for a total of almost 500 years for abuse carried out against more than 270 victims. But a shocking report has revealed that the actual number of those targeted was at least 700, as gangs of men from a range of backgrounds plied victims with drugs before raping and forcing them into prostitution.

According to the review, the abusers were mainly “not white but came from a diverse range of backgrounds including “Pakistani, Bangladeshi, Indian, Iranian, Iraqi, Kurdish, Turkish, Albanian and Eastern European”. 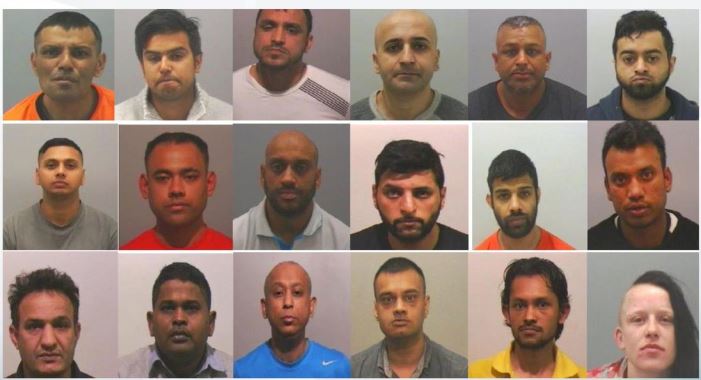 In some cases the victims of the gangs were placed in secure accommodation because of what was seen as their poor behaviour, while the offenders were seen to be innocent and went unpunished.

n early 2014, two women came forward to talk about the abuse they and many other victims had suffered. The review found a “stark contrast between the approach” taken by Newcastle City Council, the police and other agencies before and after that point.

Unlike some other areas, Newcastle agencies did not try and sweep this under the carpet but actively went looking for it and as a result a large number of perpetrators were arrested and prosecuted, and victims saved from further trauma.

My report makes a number of recommendations, in particular the need to carry out research that improves understanding of why people offend in this way, so we can be better at preventing it. Sadly, it is still happening in Newcastle and other cities.”

Other high-profile cases of sexual exploitation, such as in Rotherham, have seen allegations of a cover-up of what was happening. In Newcastle, today’s review found there had been no evidence of a lack of response, or a lack of concern, or fears around being seen as racist by investigating the issue. It said there was “no evidence of impropriety by any person in a position of authority.” The failure before 2014 seems to be one of ignorance. After 2014 the police seem to have acted robustly, once they were woken.

The report has also made a number of recommendations to the government.

Men from Pakistani, Bangladeshi, Indian, Iranian, Iraqi, Kurdish, Turkish, Albanian and Eastern European backgrounds have been convicted of abusing girls and vulnerable women in Newcastle. The review said “information available about likely profiles of perpetrators and what drives their activities including the extent to which cultural values and attitudes are relevant is very limited. There is an urgent need for guidance to robustly address these issues.”

…only one defendant agreeing to help the inquiry, and he denied guilt, blaming a government cover up. “In fact he didn’t accept that he’d done anything wrong… He felt the victims were responsible for their own abuse.”

The report continued: “If convicted for rape in his home country, he would be beheaded or buried up to the neck and stoned. He was asked about what he thought about the United Kingdom and influences in his education. He said you can get anything here – any sex, drugs, alcohol. There is no control. He spoke in a derogatory way about lack of morals in British girls and did not go with Muslim girls because there are not many of them.”