Nothing to brag about in these most boastful of times 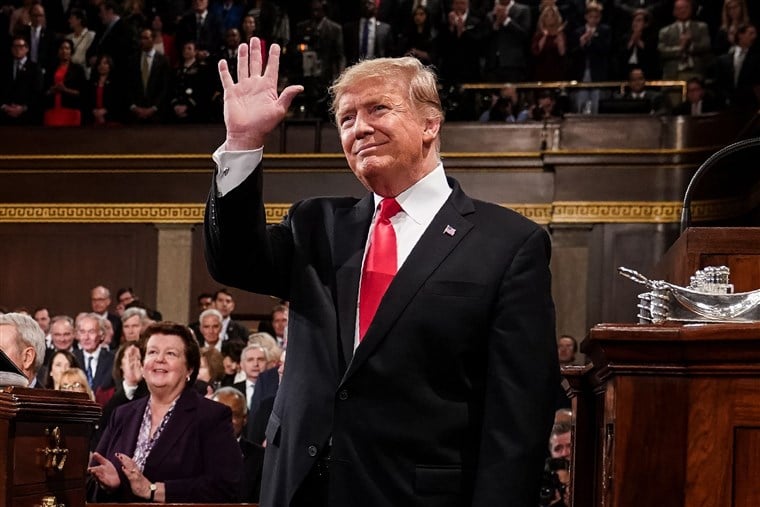 Donald Trump’s last State of the Union address to congress struck me at once as boastful, vainglorious and hubristic. It invited nemesis, which was swifter in coming than expected.

To listen to him, you would have thought that everyone was going to live happily ever after — largely thanks to him, of course. The stockmarket could only go up, the economy could only grow. No one could have accused him of underestimating the importance of himself or of his government in the production of the consequent national happiness.

It is true that, had it not been for the COVID-19 pandemic, he probably would have been re-elected: but that is precisely the point. The unforeseeable and unforeseen can render all our boasts ridiculous in very short order.

Across the Atlantic, Boris Johnson boasts like an overgrown schoolboy. His boasts are often slightly different from Trump’s, but are at least as ridiculous, being projections into a glorious future rather than a recitation of past achievements. No doubt he imagines that this boasting is attractively optimistic ebullience, an antidote to morosity, but boasting in the context of repeated failure only angers and depresses.

When he claimed that Britain would soon have “a world-beating track-and-trace system”, he sounded like a boy on the school playground claiming that he would soon have all the best marbles. And the strange fact is that, no matter how many times his boasts are contradicted by a harsh reality, he continues to boast in a childish fashion.

No doubt the boastfulness of politicians is in part attributable to the fact, in an age of information, they feel themselves to be engaged in a perpetual election campaign. This in itself tells us something about their avidity for power, or office, for a life as a perpetual election campaign must be a terrible one to live and leads to the tempting suspicion that no one who seeks office under these conditions is fit for it.

However, boastfulness is by no means confined to politicians; it is now almost a requirement for all career advancement. It is a skill, or a propensity, that must be acquired young. It is essential, for example, in applying to universities for admission, or in application for promotion to a higher rank within a hierarchical organisation. So great has become our fear of such phenomena as social or racial discrimination, or of nepotism and favouritism, that admissions and promotions must be formalised.

The applicant is required to enumerate their acquirements and achievements, and since they know everyone else is required to do the same, there is a tendency to magnification; that is to say, to boastfulness. The fact you once helped an old lady across the road becomes — in an application — a burning concern for the welfare of the elderly in our society.

An Indian friend of ours applied for jobs in England but never reached even the interview stage.

My wife asked to see his curriculum vitae and saw at once that, though truthful and realistic about his respectable but not extraordinary career, it lacked a certain something, namely exaggeration of quite ordinary accomplishments. Having sat on selection boards, and therefore knowing what was required, she turned it into a work of semi-fiction, not quite lies but putting a gloss on quite normal things.

My friend had performed some notable work for charity that he had not included, thinking it unseemly to do so since he did not want to appear to have done it merely to improve or enrich his CV. But in the modern world of job applications there is no such thing as seemliness or unseemliness; all is grist to the mill. My wife therefore included it, and of course the selection board would have no idea whether he had actually performed the charitable work that he now claimed to have performed; it could hardly have been expected to make the relevant inquiries. After the glamorisation of his CV, he found a post at first asking.

There is a kind of scissors movement at work in the art of self-presentation. While first-person boasting is not merely acceptable but required, any derogation by third parties who actually know the applicant has been, if not quite forbidden, strongly discouraged.

References, which once were hidden from applicants, must now be available to them to read, and any animadversions on their bad characteristics — laziness, unpunctuality, and so forth — become occasions for grievance, even actionable. A boss cannot just say in a reference that the person is lazy, though he knows perfectly well that he is, because he might be asked to provide chapter and verse as if he were laying a criminal charge. Best, then, to say nothing.

The son of a friend of mine applied to medical school and was turned down. He applied again the following year, having in the meantime completed a course in the writing of CVs, essentially to big himself up, to use the delightful modern phrase, and was accepted at once. Thus boasting falsely of banal accomplishments has become the norm. Gone is diffidence; modesty is now, if not a vice, at least an obstacle to a career.

A delightful French book of the 1950s, called La vie anglaise, informed French readers how an Englishman’s words could not be taken at its literal meaning. If, for example, he said “I know a little about …” such and such a subject, he had probably won a Nobel prize in it. Nowadays, such a person wouldn’t even be appointed as an office cleaner.

But the problem with habitual boasting is that one begins to believe one’s own boasts, to the detriment of real accomplishment. We are becoming a society of Mr Toads.

PrevIranian Cleric Calls for Peace with Israel
In Iran, Centrifuges — And Centrifugal ForcesNext