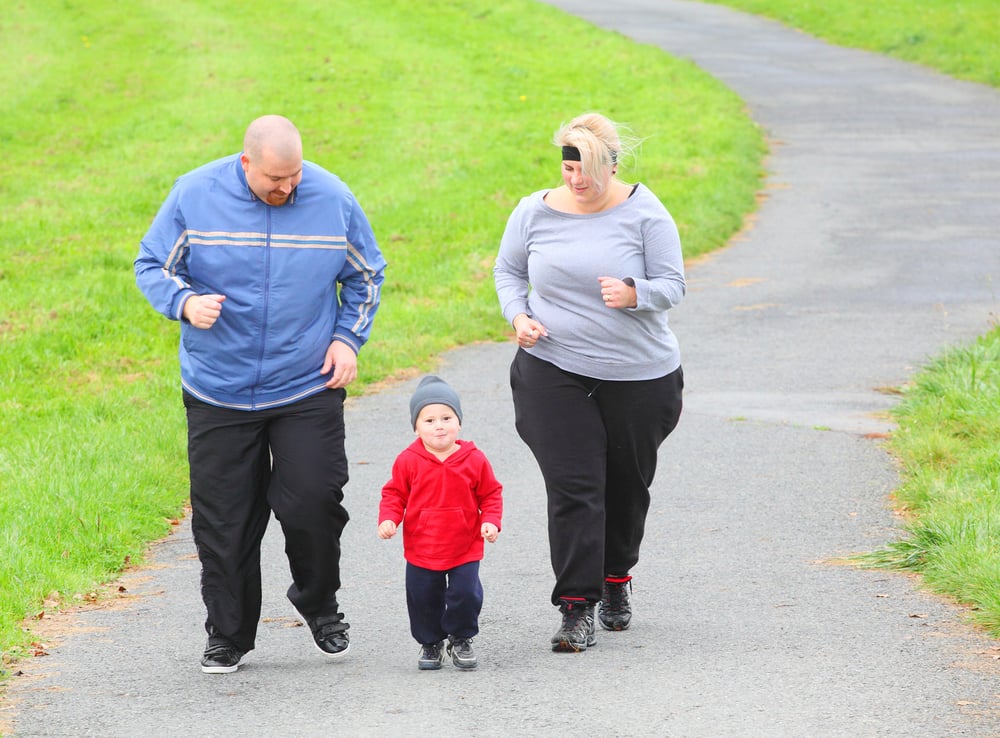 Small episodes can raise large questions in one’s mind and recently I observed one such episode in my local bakery (which, alas, is not a very good one).

A blowsy, slovenly, enormously fat woman of the publicly-funded class was demanding to know which cake her son of about three years wanted. He himself was already slightly overweight, though not yet obese like his mother. To all appearances, he didn’t really want a cake at all, probably because he had been overfed already that morning, but she insisted. She almost badgered him, as if she were an evangelist for obesity. Eat sugar and it will set you free.

It hardly requires me to point out that obesity has become a greater threat to the health of the human population in most parts of the world than famine. There was a wonderful cartoon recently in the British magazine, The Oldie, which captured this perfectly. A mother is taking a plate of food away from her child, who is protesting. ‘Think of the obese millions!’ she says to him. When I was young, of course, we were told to finish what was on our plate and to think of the starving millions. Being a precocious little brat, I used to ask how eating what I did not want would help them. Let us just say that the reply was seldom well-reasoned, either in form or content.

It has now become an almost unassailable orthodoxy, at least in medical journals, that obesity is an illness in and of itself: that is to say, it does not merely have medical consequences, but — even without those consequences — is a disease. To be fat is, ipso facto, to be ill, in the same sense as to have Parkinson’s disease is to be ill.

Nor, according to the modern orthodoxy, is obesity to be considered the natural consequence of bad or foolish individual choices, a lack of self-control. That would be to blame the victim. The fat person is in effect the vector of forces that play upon him or her, without any contribution on his or her part.

This is an idea of long gestation. Reading an old text on obesity, published in 1975, and edited by one of my medical mentors, I came across the following quote from a paper written in 1962:

I wish to propose that obesity is an inherited disorder and due to a genetically determined defect in an enzyme: in other words that people who are fat are born fat, and nothing much can be done about it.

This is like saying that addicted people are born to be addicted, and until doctors discover a technical means of stopping their addiction, they might as well make no efforts on their own behalf. No doubt the people who adhere to this view – that obesity and addiction are illnesses simpliciter – think they are being generous but in fact they are forging psychological manacles. No doubt the fat woman in the bakery was at some level trying to prove to herself that obesity was a fatality and not under any possible individual control.

But is the theory in accord with the scene I have described above? In fact, the scene might lead us to a more nuanced or less categorical view of the problem of obesity (and, by extension, of other social problems) than we might at first adopt.

The mother was a responsible adult, complete with the franchise. To consider her not responsible for what she was doing would be to dehumanise her, to turn her into an object rather than a subject. I have little doubt that had I intervened on the child’s behalf, and pointed out that what she was doing was bad for her child, she would have told me to mind my own business, or said something much worse. I wouldn’t altogether blame her for doing so if she had. I had no reason to think that she did not love her child, or did not know what she was doing; and almost certainly she was not so ill-informed that she did not know that being fat was bad for you. Moreover, I haven’t met many fat people who, if given the chance to wave a magic wand to become slim, would not avail themselves of it.

Thus a fully-conscious woman, grossly fat herself and knowing perfectly well that obesity is bad for health, loving her child and also perfectly aware of what makes people fat, tried to force sugar on him (in the end successfully). Is this stupidity, lack of reflection, malice – or what, exactly?

Consider next the child: what chance did he have? I doubt that the scene I observed was unique in his life, very much the contrary. His mother would continue to ply him with junk food until he was, like her, grossly fat. One can hardly talk of individual choice in the case of 3 to 8 year-olds. The child would be obese through no fault of his own; and the epidemiological evidence suggests that, if a life of adult obesity is not an absolute fatality for such as he, it is at least highly likely. If she were not quite determining his path in life, she was certainly putting an obstacle in his way.

Now of course it is possible, though not certain, that she was bringing her child up as she herself had been brought up, and she was therefore to be as absolved of responsibility for her obesity to the same extent as her child would be absolved once he had become a fat adult. Thus the the overeating of the parents shall be visited upon the children unto the third and fourth generation. But yet the pattern had to start somewhere and with someone, for it did not always exist and moreover has become much more widespread and commonplace with time. Since it is not immemorial, it cannot be explained simply by generation-to-generation inheritance. Something else must have changed.

Chief among suspects, of course, is what the population eats and how it eats it. And this naturally gives rise for the government to intervene, not only by means of educational campaigns, but by providing incentives and disincentives, usually by differential taxation of various food products. At the moment, fructose is one of the main villains of the peace.

The model is the largely successful reduction brought about in the smoking of cigarettes, a habit which everybody now knows to cause multiple diseases, though smoking is not a disease in itself. A combination of high taxation, legislation to restrict places where people may smoke, and propaganda has greatly reduced the prevalence of smoking. In 1963, three quarters of men in Britain smoked; in 2018, it was between one in six or seven, the proportion of smokers being inversely correlated with social class and level of education. The higher the social class, the fewer the smokers.

Taxation on cigarettes is therefore highly regressive, and those who can least afford it pay most. But one moral justification for such taxation is that those who are most likely to fall ill as a result of their bad habits are the most dependent on public services for their treatment of their illnesses. To demand uninterrupted or untaxed freedom to indulge in bad habits and make others pay for the consequences is surely unjust; but in a humane society, treatment cannot be withheld from those who need it. They cannot be left to die merely because their own conduct caused their illness and they cannot afford treatment for it. So that leaves taxation of the habit as the only means of restoring justice, as well, perhaps as providing an incentive to change habits so that illness does not arise in the first place.

Where everyone receives treatment from the public purse, therefore, there is no end to what the government may legitimately tax, once a connection between a habit or activity and ill-health has been established. He who pays the piper not only calls the tune, but has the right to call the tune.

It is not so very far from the little scene in my small bakery after all.

PrevHow the AP Covered the Murder of Ori Ansbacher
If You Think U.S. Politics Is Bad, Check Out BritainNext