Parole is unfair and unworkable. Let’s abolish it 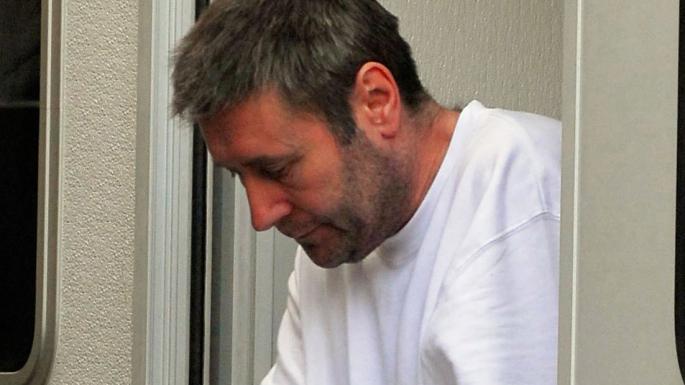 The furore over the parole granted to John Worboys, the rapist taxi driver, misses the point entirely — that the system of parole is disgraceful in theory and irredeemably unworkable in practice. The only thing that it is good for is the employment of large numbers of officials engaged in pointless or fatuous tasks who might otherwise be unemployed.

The system is predicated on the ability of experts to predict the future conduct of convicted prisoners. Will they or will they not repeat their crimes if let out early?

It is true that, using a few simple statistical measures, such as numbers of past convictions and age, you can predict this with an accuracy somewhat better than chance. But all further efforts to refine prediction actually reduce, not increase, accuracy. The problem of false positives and false negatives is inescapable — some people will be predicted to commit further crimes who will not, and some will be predicted to go straight who will break the law again.

The earnest fatuity is typical of modern maladministration, where procedures are mistaken for outcomes. Even though it has been known for years, since the 1980s at least, that the various courses run in prisons to change offender behaviour do not work, they still continue. The system is more recidivist than the criminals.

The courses ‘to address offender behaviour’ and to give them ‘better thinking skills’ are nothing but rites of passage on the way to early release, which has been more or less decreed in advance by government policy. The courses are obligatory, as are confessions of guilt and declarations of remorse. But they are rightly viewed with contempt by those who complete them: nothing could be more demeaning of a human being than to suggest that he steals things or is violent to others because he cannot think straight. And nothing is more stupid than to think that this might be the case.

The time-consuming shallowness of the whole procedure is staggering. Documents before the parole board about prisoners are often hundreds of pages long, but are largely meaningless. Take as an example the question of remorse: it is in effect a demand to be lied to by people whose commitment to the truth was probably never very great in the first place. Nothing is easier to act than remorse, unless it be depression.

Moreover, the link between remorse and re-offending is uncertain, to put it mildly. It must be within the experience of almost everyone to have felt genuine remorse for having given in yet again to one of his bad habits, while being far from certain that he will not repeat.

Those released on parole can continue to offend with impunity: this is because most offences go unpunished. This, again, is an insoluble problem. No system of surveillance, even if properly carried out (which is beyond our capacity), can follow a man for more than a tiny proportion of his time.

An illustration of the inevitable failure of surveillance is the case of Theodore Johnson. He killed two women in fairly quick succession — his thinking skills were not up to realising that if you push a woman from the ninth floor or strangle her with a belt she is likely to die — and then released on condition that he tell the authorities of any relationship with a woman. This he failed to do for 20 years: the first those authorities heard of the relationship was the woman’s death by claw hammer.

But none of this is the main objection: it is rather that the parole system is completely inimical to the rule of law. To grant or withhold liberty on the basis of speculations, inevitably inaccurate, about what people might or might not do in the future is to reinstitute what amounts to a star chamber.

A man is to be punished for what he has done beyond reasonable doubt, not for what some questionnaire or bogus calculation says he has a 70 per cent chance of doing at some time in the future.

In order that this gross arbitrariness be avoided, all sentences should be of a fixed length. If they are too short, so be it: they should be lengthened in future for similar crimes. Justice should not be handed over to psychologists, social workers, or psychiatrists, who are, ex officio, incompetent.