On Taxi Cab Drivers, Barbers, and Learning the Truth 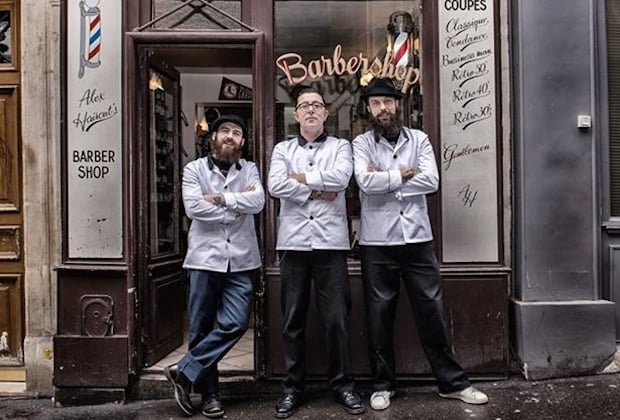 It was often said that a journalist writing about a foreign country ought to stay either three days or three years: the former for strength of impression, or that latter for depth of knowledge.

I was a three-day man in that period of my life when newspapers would occasionally ask me to report on some revolution, civil war, social upheaval or other unusual event (I once went on a daytrip to India from Europe).

Given the circumstances, I gathered much of my information from the taxi-driver from the airport to the hotel where all the other journalists were staying. They did likewise, and in many an article, even in serious publications, a journalist has acted as a mere amanuensis for a taxi-driver.

I am far from decrying this genre of journalism: in my experience, taxi-drivers are exceptionally sensible and level-headed men, intelligent and well-informed but not educated, or rather not indoctrinated into believing the most obvious nonsense by having attended western-type establishments of supposedly higher learning.

Knowing that a journalist is a bird of passage, they did not fear, even in dictatorships, to speak the truth as they saw it: and generally they had seen a lot. With the advent of the mobile phone that hears everything and erases nothing, they may since have become more cautious. I don’t know: no one sends me anywhere these days.

Barbers are another invaluable source of information and opinion, though seldom acknowledged. My barber in Paris recently summed up the situation in France better than a hundred editorialists, and with a real flair for compression.

“France,” he said, “is like a man who complains of toothache for twenty-five years but has never found time to go to the dentist.” And he added, “Since I arrived in this country twenty-five years ago, I have heard the same debates on the same subjects, and nothing has changed, with the exception of the vulgarity of the presidents.” Needless to say, this was growing, unlike the economy.

My barber comes from Morocco and I admire him greatly, though of course I have never told him so. One of the subjects of the eternal debates in France is about immigration, especially from North Africa.

The two poles of the debate are always the same: either it is something to be welcomed, the only problem with it arising from the racism and prejudice of the French, or it is a curse that is destroying the country as termites destroy a wooden-framed building.

Thus, the debates ascribed my barber to one of two possible roles: that of victim of an unjust society that must be changed down to the very thoughts that its citizens not only entertain but are capable of entertaining, or as the bearer of a cultural infection worse than any plague.

Neither of these roles is very attractive and, as far as I can tell from his demeanour and our intermittent conversations, he refuses to play either, not wanting to be either a victim or a plague-bearer, though his refusal is by means of his conduct rather than by obvious protest.

By his manner of speaking and talking, I should guess that he was educated beyond the level necessary to be a barber. Basic and secondary education in non-western countries is often, or was often, far superior to that found in the more advanced world, at least for that part of the population that was educated at all.

For example, my late mother-in-law’s Haitian care-assistant knew far more French literature and history than most young French people today, and not merely because she had a personal taste for study and knowledge, but because she had been taught them at school in Haiti.

In other circumstances, my barber might have pursued a more elevated career than running a one-man barber’s shop. (I am aware of how snobbish the idea of “a more elevated career” might sound. If hair must be cut, there must be barbers, and their work is both useful and perfectly respectable. But I cannot entirely rid myself of my own prejudices and preconceptions as far as the hierarchy of careers is concerned. I certainly mean no insult to barbers or to people employed at a similar level—or even much below it.)

A man of high intelligence, my barber was clearly also of somewhat retiring disposition, not the type to push himself forward and withstand the reverses that the ambitious must accept. A small, one-man business was enough for him, that would provide him with a living and a base from which to launch his children on their social ascent.

I find this heroic, albeit in a quiet and unsung way. I have known many immigrant parents who have sacrificed their own lives, working hard for decades, not necessarily at the level of which they are capable, so that their children may do better and take advantage of opportunities that an open society offers.

Unfortunately, the same spirit is not universal, to say the least, in the lower reaches of our societies. A kind of exacerbated individualism prevents it. If I am the equal of everyone, then my interests, desires and enjoyments are as important as those of anyone else, including those of my own children. Why, then, should I sacrifice anything, let alone years of my life, for them?

Time out of number, I encountered people who had put their own desires of the moment before the long-term interests of their children, which they hardly considered at all. And in a celebrity culture in which fame and wealth seem to be awarded like a winning lottery ticket, the more solid and realistic means of ascent seem in any case unbearably slow and tedious.

I wish I could do more for my barber than merely patronize his shop from time to time, but I do not think he would want me to. He has the dignity of independence and would not thank me for any condescending generosity. I wish my hair, already quite scanty, would grow faster than it does, but try as I might, it will not obey me.

Part of my reason for wishing to go more often to his shop is purely selfish, however: to learn more of the true condition of France.