Palestinian Punished for His Crime of Humanity 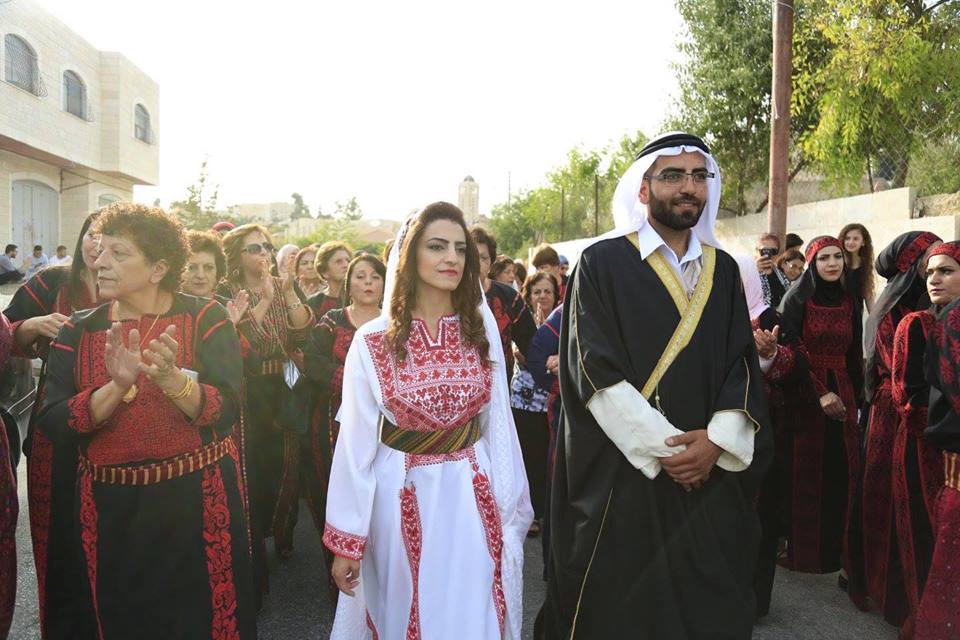 When a Palestinian mayor (and his son) recently showed a modicum of friendliness to Jews, he lost his job. He was kicked out of Fatah. He was publicly humiliated. The story is here:

An invitation to several chareidi [Haredim] youths to join in his son’s wedding has cost the mayor of the Palestinian Authority-controlled village of Dir Kadis his job. The four Jews, whom the mayor claims were invited to “embarrass” him, were seen in a widely distributed video singing and dancing at the wedding, clearly as welcome guests — and as a result, the mayor has been fired and removed from his position on the PA’s Education Committee, Haaretz reported Sunday.

The incident took place last Wednesday, as the son of Radi Nasser was wed. Four Jews, residents of Modi-in Ilit (Kiryat Sefer), attended the wedding in the nearby village. The son worked with the Jews in Modi-in Ilit, and apparently invited them to the wedding. Footage of the event shows a happy circle of dancers, with the Jews hoisted on the shoulders of the guests as they celebrated the event.

The son of Radi Nasser was not making a political statement. He was simply being a decent human being, willing to invite friends with whom he worked to his wedding even though they were Jews. But was not how the PA thinks. Those invitations created a firestorm of fury. For the PA, there must be no socializing with Jews, no kindness or hospitality shown to Jews, nothing but implacable hostility will do.

But when the footage hit social media sites, the recriminations began. The Fatah movement, of whom Nasser was a member, condemned the dancing, saying that it was “insulting” to Palestinians. Nasser was summarily thrown out of Fatah. Editorials in PA newspapers reiterated the “insult” narrative, saying that Palestinians should not be inviting “representatives of the occupation” to their events.

The real “insult” is that offered by Fatah and the PA to the autonomy of Radi Nasser and his son. Apparently Palestinians are not permitted to decide for themselves whom to invite to their social gatherings. and are to be punished if they dare to behave with decency and warmth to a handful of Israeli neighbors.

Nasser [the father] attempted to deny that he invited the youths. “They were invited by garage workers at the entrance of the village who fix the Jews’ cars,” he said, adding that they were put up to it by his political enemies, and that he had the youths thrown out of the wedding when he found out what was happening. But the denials fell on deaf ears — at least in part because he is seen dancing with them.

Radi Nasser had to lie, humiliatingly, in an attempt to keep his job as mayor. The Jews, he found himself forced to claim, had been invited to his son’s wedding by people outside the family — “garage workers.” This claim made no sense; everyone knew his son had invited him; his implausible story reflected Nasser’s desperate desire not to be fired. But Radi Nasser had been filmed dancing unconcernedly with the four Jewish guests, and that was all the proof that was necessary to convict him of showing too much kindness to the enemy.

Fatah said that a no-confidence meeting would be held to remove Nasser from office and that the names of the Jewish attendees would be passed on to the Palestinian security forces.

Would any Fatah member be brave enough to suggest, at such a meeting, that Radi Nasser was only following his son’s wishes, that people had a right to invite whomever they wished to their weddings, and that social mingling like this could only improve relations between Jews and Arabs who, whatever political arrangement might someday be reached, would certainly continue to be living in close proximity to one another “between the river and the sea”? No, of course not.

Elder of Ziyon adds to the Algemeiner report:

Dar Kadis is near the Jewish community of Modi’in Illit. I am told that while most Jews won’t go visit that village anymore, there are still plenty that do, to buy products or to have their cars repaired. There is enough business from Jews from Modi’in Illit, Hashmonaim, Matityahu, and other communities that Dar Kadis businesses are dependent on it.

So it is not at all surprising that there are friendships between these “Jewish settlers” and their Arab neighbors. In this case, the antisemitism was directed from the Palestinian Authority (PA) as official policy. Being friends with Jews is a fireable offense. But remember, the PA isn’t antisemitic.

In Israel within the Green Line, Arabs live undisturbed. The Jews do not shun them, the Israeli government does not punish Jews who socialize with Arabs, but instead encourages such mingling with a host of government programs. Arabs attend schools and universities with Jews, play with Jews on sports teams, in youth orchestras, in symphony orchestras, are treated by Jewish doctors who work side by side with Arab medical personnel, apply their coding and entrepreneurial skills in high-tech companies founded by Israelis, serve as members of the Knesset, as judges on Israel’s Supreme Court, and even — but only if they wish — in Israel’s military. Meanwhile, the most modest measure of friendship displayed by Arabs under the PA’s authority toward Jews, as this story of the Nasser wedding demonstrates, is cause for alarm, rage, and punishment.

If Radi Nasser had, instead of welcoming Jews as guests to his son’s wedding, taken part in a successful plot to kill Jews, he would, of course, have been hailed as a hero by the PA, and if jailed or killed by the Israelis, his family would have been provided with  generous monthly support. The kindly host who welcomes Jews is to be despised and punished; the terrorist who murders them is to be glorified and his family to be rewarded.

What this dismal little story shows is the depth of the hatred toward Jews in the Palestinian camp, where no good deed toward the Jews goes unpunished. It’s a story which should be widely known, for it reveals, at the human level, the real reason that there is no “solution” to the endless war of Muslim Arabs against the Jewish state. The officially-sanctioned hate of the PA is implacable; those few Palestinians who manage, however briefly, to exhibit a certain friendliness to Jews, as the Nassers did, when found out are not praised, but condemned, for what the PA regards as a crime. There must be no human warmth shown to any member of the Zionist enemy. It’s a chill wind that blows westward from the PA in Ramallah; it will be a long time before another Palestinian family in the West Bank invites any Jews to celebrate anything together. Remind others of what  “crime” the Nasser family committed, and how Radi Nasser was then punished, the next time you are assured by apologists that the Palestinians truly want peace, if only the “occupiers” would allow it.

PrevUNRWA: Hypocrisy is the Homage Paid to Virtue
Always more to sayNext