Iraqi asylum seeker Ahmed Hassan, 18, who came to Britain illegally in the back of lorry in 2015, told immigration officials that he had been forced to join IS after they threatened to kill members of his family. 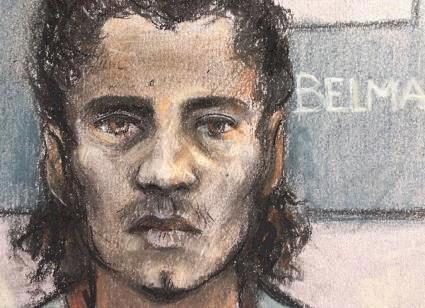 Interviewed at an immigration centre in Croydon in January 2016, Mr Hassan, said: “They trained us how to kill. It was all religious based.” He said he had trained alongside around 1,000 other fighters in Iraq and would spend three or four hours a day in the mosque. But he told officials he had escaped Isil when the Iraqi army overran them, and denied having been sent to Europe to work for them.

The teenager was still having his asylum application processed when he was accused of planting a home made bomb on a District Line carriage during the rush-hour on Sept 15 last year. The Old Bailey was told Mr Hassan assembled the potentially deadly device using materials he bought on Amazon.

After planting the bomb, the jury was told the suspect then “calmly” got off the train further down the line and boarded a bus that followed the route of the Tube towards Parsons Green station. Hassan sat on the top deck of the 74 bus towards Earl’s Court. Jurors were told they might want to consider whether he did this in order to see what unfolded.

In the event, the device only partially exploded, sending a fireball along the carriage, causing commuters to flee in “fear and panic”.

Prosecutor Alison Morgan …told jurors: “On Friday 15 September shortly before 8.20am an improvised explosive device partially detonated on a District Line Tube train very shortly after it had arrived into Parsons Green Station. It was a rush hour and the train was crowded. There were approximately 93 people in the carriage when the device detonated. The partial explosion created a large fireball. Some in the carriage were caught by the flames and sustained significant burns. Many ran in fear and panic. They were fortunate. Had the device fully detonated, it is inevitable that serious injury and significant damage would have been caused within the carriage. Those in close proximity to the device may well have been killed.”

Ms Morgan said the device was made from the volatile chemical explosive TATP and contained a large amount of shrapnel to cause “maximum harm and carnage”. The 2.2kg of sockets, screws, bolts, nails, knives and screwdrivers had been put inside a white bucket, and an improvised initiator and explosives placed inside a Lidl bag.