Poland And Judea: The Dilemma of Resistance 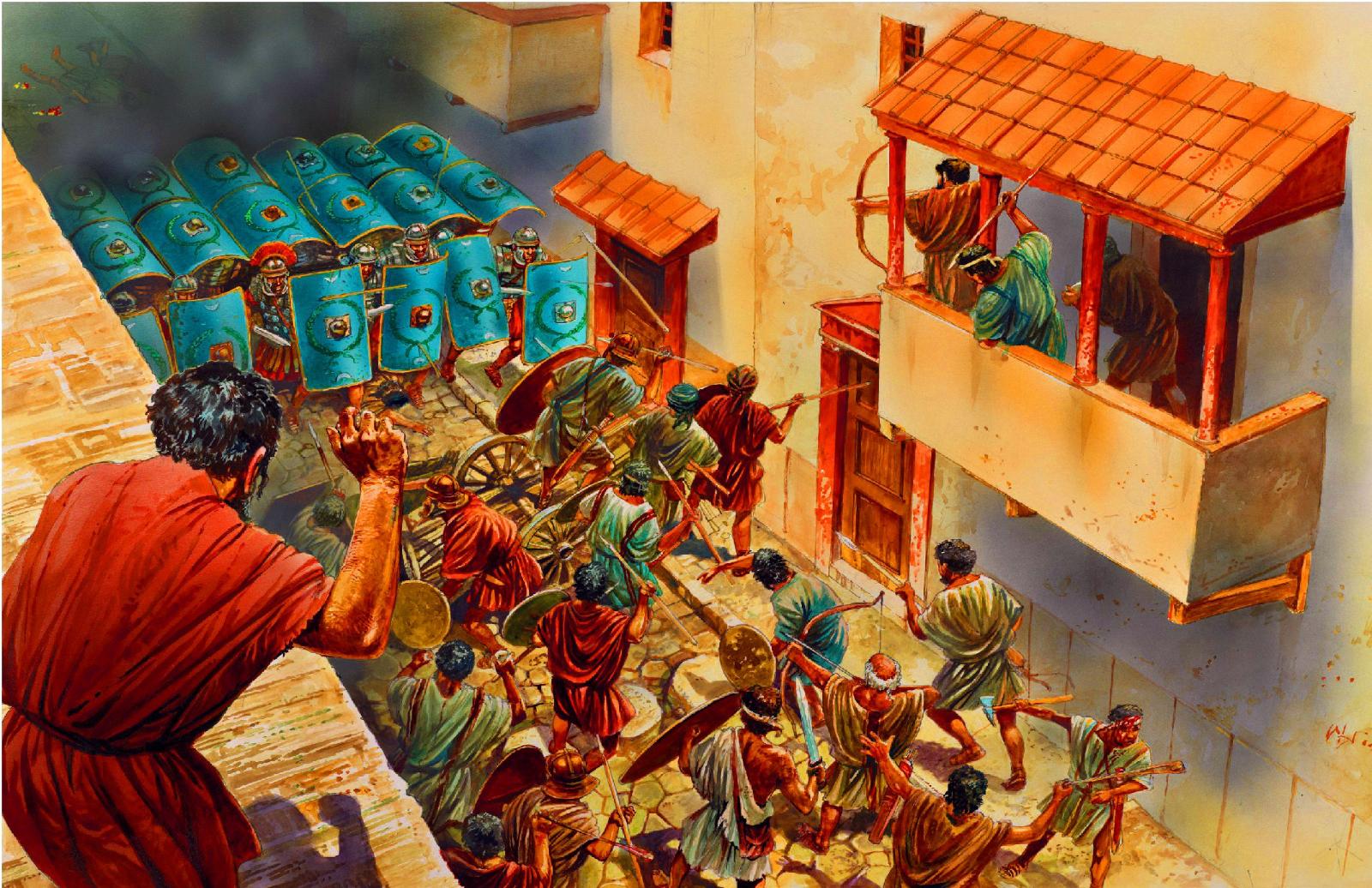 If I caused you pain, I know I’m to blame. I must have been insane, I apologize.

On September 1, 2019, the 80thanniversary of the start of World War II, German President Frank-Walter Steinmeier at a ceremony at the town of Wielun asked Poland’s forgiveness for Nazi actions during the War. He bowed his head in mourning to the suffering of the victims. He asked for forgiveness for Germany’s historic debt. During the War, six million Poles including three million Jews died because of the national socialist reign of terror. Wielun was the symbolic location, the place bombed by the Luftwaffe which destroyed three quarters of the town in the first action of World War II started by Nazi Germany on September 1, 1939. It was bombed a few minutes before the Battle of Westerplatte, in the peninsula in the harbor of Danzig, now Gdansk, which lasted for seven days and tied up German forces. Poles see it as a symbol of resistance, the Polish version of Thermopylae, a patriotic army defending its nation against great odds.

Another German official, Foreign Minister Heiko Maas, had expressed similar sentiments on the 75thanniversary of the Warsaw Uprising, expressing deep shame and acknowledging moral responsibility for the destruction by the Nazis, though not offering any reparations. The Uprising, organized by the Polish underground, began on August 1, 1944 as the Soviet Red Army was approaching the city. The Poles had expected that the Soviet Union would help and would at least supply arms and ammunition, but this was not forthcoming, largely because Stalin thought a Polish success might lead to an anti-Communist government. Soviet troops did not advance beyond the city border. The Uprising lasted for 63 days, until October 2, 1944, during which brutal massacres occurred, 16,000 resistance fighters were killed and 6,000 wounded and an estimated number of 200,000 Polish civilians died as a result of mass executions. The Germans deported much of the rest of the civilian population to transit camps in the south of the country. Only 1,000 Poles survived the Uprising until the Red Army “liberated” Warsaw in January, 1945.

Poland suffered the largest number of casualties as a proportion of the population, as well as experiencing the destruction of its towns and cultural assets, of any country. Yet, the official history of events, and the real comportment, of Poles during the War has been criticized. To overcome criticism by nationalists, the Polish government in 2018 made it an offence, punishable by three years in prison, for all except academic analysts and artists, to attribute Nazi crimes to the Polish nation. A libel law punishes those who accuse Poland of complicity in the Holocaust. The law is perhaps pandering to the growing antisemitic prejudices in the country in recent years.

The real picture of wartime Poland is mixed: about 6 million Poles, 20% of the total population died, but three million of them were Polish Jews, 90% of the Jewish community. Undoubtedly, some segments of the Polish population were complicit in the crimes against Jews. Yet, though Auschwitz and Treblinka, and other camps such as Belzec, Solibor, Majdanek, were on Polish soil, they were not “Polish death camps” but built and administered by Nazis. In 2019 Yad Vashem in Jerusalem recognizes 6,992 Poles as Righteous Among the Nations, the highest number and more than a quarter of the total recognized.

There was no government of collaborators as in France and Belgium. Many Poles were executed for helping Jews, but thousands of Jews, some estimates are 200,000, were killed by Poles. Moreover, Poles were involved in the Jedwabne pogrom massacre on July 10, 1941. Some 40 Poles were implicated in the massacre as well as the Gestapo and SS. At least 340 Polish Jews were murdered, mostly those locked inside a barn that was set on fire. Sixty years later, on July 10, 2001, the President of Poland Aleksander Kwasniewski, apologized for it and spoke of the death, grief, and suffering of Jews from Jedwabne. It is surprising and saddening that former Polish President, and Nobel Peace Prize winner, Lech Walesa, commented that “The Jedwabne crime was a revenge for the cooperation of the Jewish community with the Soviet occupant. The Poles have already apologized many times for the Jews; we are waiting for the apology from the other side, because many Jews were scoundrels.” The Polish nation is divided. The Polish political nationalists play down or ignore the participation of Poles in massacres; other Poles such as Father Stanislaw Musial want the truth to be known so as to cleanse the Polish memory of misdeeds during the Nazi occupation and to combat antisemitism in Poland today.

History is full of actions that were misguided or taken against great odds to an inevitable fatal outcome in the belief that action, though fruitless, was necessary for principle or honor. One of the most striking was the Charge of the Light Brigade, the light cavalry led by Lord Cardigan against the Russians at the Battle of Balaclava on October 25, 1854 in the Crimean War. Through miscommunication in the chain of command, the Brigade was sent to assault the wrong artillery battery. The 600 soldiers rode into the jaws of death, into the mouth of hell, assaulted the wrong target, suffering high casualties, 118 killed and 127 wounded, and no real gains. French Marshal Pierre Bosquet commented acutely, “C’est magnifique, mais ce n’est pas la guerre.”

The Charge of the Light Brigade was a military and organizational blunder. One can honor the heroic bravery, but it was disastrous. However, the event raises a problem pertinent for political, national, and ideological issues such the Warsaw Uprising and the Warsaw ghetto defense, and the revolt in Judea two thousand years ago.

On April 19, 1943 the Warsaw ghetto, in which 400,000 Jews were sealed, began an uprising which lasted until May 16, 1943. The Jews, appreciating their inevitable fate was death, refused to surrender, and perhaps save their lives though they would be deported, to the Nazi SS which ordered the burning of the ghetto where 13,000 Jews died. The hopeless ghetto revolt was crushed with great brutality.

When can their glory fade? Yet the dilemma of resistance or not can be asked in this and other similar situations. The Warsaw ghetto defense was heroic but was it pointless, an act of poor judgement resulting in the death of thousands, and the blowing up by the Nazis of the Warsaw Great Synagogue? Or was the resistance against the Nazis, against great odds and inevitable failure, imperative even at the cost of lives? The dilemma of resistance or appeasement is familiar in historical situations, not least in 1939 in the fight against Adolf Hitler.

In the light of the dilemma, the event of the two events, the Warsaw Uprising and the revolt of the ghetto, can be compared with the Bar Kokhba revolt, 132-135, the rebellion of Jews of the province of Judea against the Roman Empire. The revolt was led by the relatively little known Shimon bar Kokhba, “son of a star” in Aramaic, against 12 Roman legions, nearly half of the total Roman army at the time. The revolt, the result of opposition to the increasing Roman presence in Judea, the failure of other Jewish revolts in the Middle East, and the plans of Emperor Hadrian to build a new city, Aelia Capitolina with statues of Jupiter and one of  himself over the ruins of Jerusalem intended to crush the national and religious spirit of Jews.

An estimated 580,000 Jews died from the revolt and from disease. The Romans razed 50 Jewish towns and almost a thousand villages. The Romans attempted to erase the memory of Judea or ancient Israel replacing its name with Syria Palaestina, trying to suppress any connection between Jews and the land of Judea, a view now held by opponents of the State of Israel, and barring Jews from entering Jerusalem except on Tisha B’av, the sad day in Judaism mourning the destruction of Jerusalem and other calamities of the Jewish people. Emperor Hadrian prohibited the Torah, and called for the burning of the sacred scrolls of Judaism. His response to the revolt had all the characteristics of an early genocide.

Bar Kokhba was a strong nationalist, trying to revive Hebrew and make it the official language of Judea, an inspiration for many Zionists, and Israelis, and for some a messianic figure. His revolt inspired others in Nazi camps, especially in Treblinka in August 1943, and perhaps modern Israelis.

The last stronghold to fall in the revolt was the fortress of Betar in 135. It became a symbol of Jewish national resistance. Ironically, by chance, it is the name adopted by the Revisionist Zionist activist Jewish youth movement founded in 1923. Influenced by Vladimir, Ze’ev, Jabotinsky, and believing in nationalism, action, and heroism,  it is dedicated to the creation of a Jewish state on both sides of the River Jordan. The final irony is that Jews are back in their ancient homeland, while the Roman Empire exists only in Hollywood films.

PrevWill Ilhan Omar Get Away With It All?
Revealed: the press regulator’s leaked guidelines on IslamophobiaNext