From The Times and Breitbart 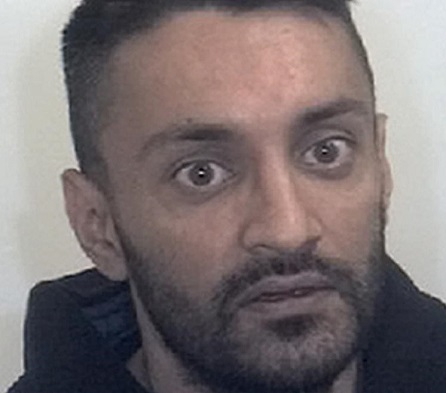 A police watchdog has upheld a complaint by a grooming gang victim against South Yorkshire Police that the force knew for years that child rapist Arshid Hussain was targeting girls in foster care and other “vulnerable young women” caught up in the widespread Rotherham grooming gang scandal.

Grooming gang survivor Sammy Woodhouse had lodged a complaint to the Independent Office for Police Conduct that the force had failed to “deal appropriately with information which may have led to a suspect being prosecuted at an earlier stage, thereby exposing other children to abuse”.

South Yorkshire police knew in 2000 that Arshid Hussain had “a number of relationships with young girls in foster care”. The force took no action against him until one of his child victims, Sammy Woodhouse, told her story to The Times in 2013.

Her account, using the pseudonym Jessica, triggered the inquiry that exposed the town’s child exploitation scandal, finding that 1,400 girls suffered appalling abuse by groups of men who were “almost all” of Pakistani heritage.

Police documents from March 2000 revealed that “Hussain… has, in the past, had a number of relationships with young girls who are in foster care. He targets young, vulnerable women.”

Other reports from later that month revealed South Yorkshire Police had struck a deal with Hussain to hand over the child, who was missing from home, to officers. Records show that the Pakistani-heritage man was neither questioned nor arrested. The watchdog said the police constable thought to have brokered the handover, at a petrol station, Hassan Ali, would have been served with a gross misconduct notice, but died in 2015. (I have wondered about that death – he was run over by a car driven by another Asian, an inexperienced driver who was having difficulty in the then thick snow)

In June 2000, police had even gathered with other local agencies, including social services, to discuss Hussain and his brothers and their grooming and raping of vulnerable girls in the Rotherham area. Even social worker documents mentioned several minors, including Ms Woodhouse, as “girls Arshid Hussain uses for sex”.

A social worker told the watchdog: “There was no movement with taking action against the perpetrators, including the Hussain brothers.”

South Yorkshire Police admitted to the findings, but no officers will be held responsible for the abuse that so many girls had suffered.

Reacting to the report, Ms Woodhouse told the newspaper of record that it was a “bittersweet moment”, adding: “I’ve been waiting 19 years for this. It shows that if professionals had taken action when I was a child, the suffering of so many more girls and their families could have been prevented. Far too many lives have been ruined.”