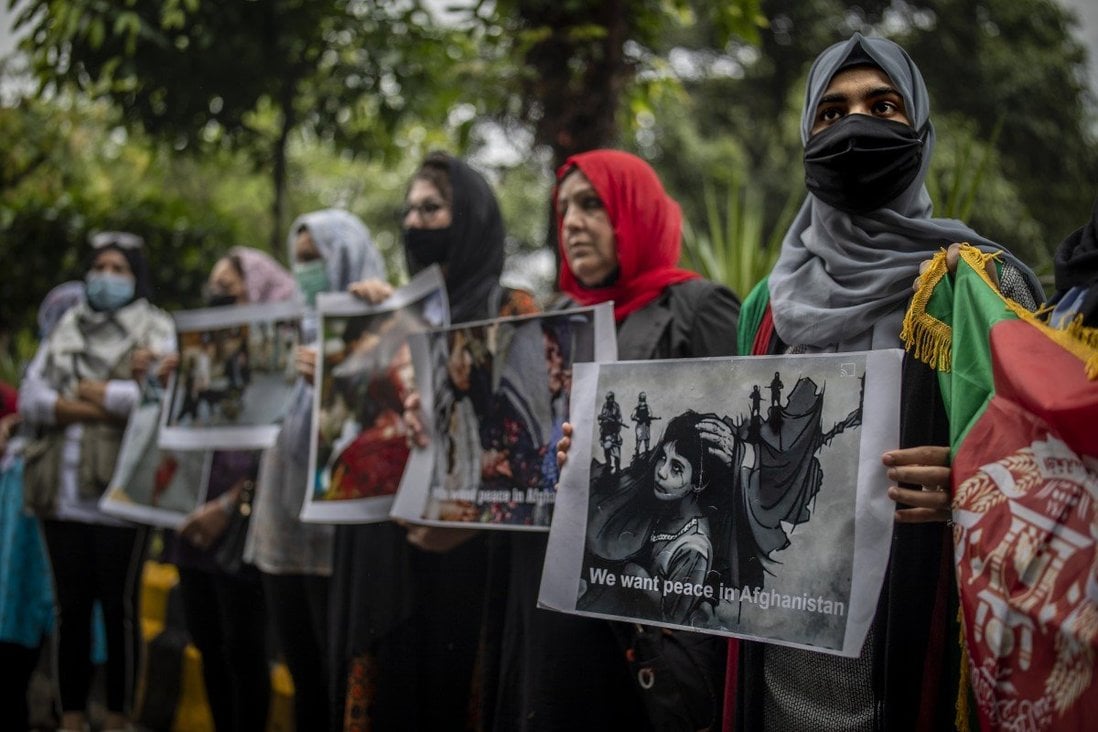 On their own initiative, two internationally well-known authors and publicists, veteran op-ed writers for Arutz Sheva, decided to get to know one another’s thoughts on crucial current issues from across the ocean. Here is the result.

Meotti: Question 1) Taliban may have just beheaded a volley player. Two months after its defeat, is the West already accommodating this horror?

Chesler Response:: Some of us, myself included, will never accept or remain indifferent to the Taliban’s sadistic barbarism. This apparent particular innocent victim was both a girl, an athlete, and a Hazara, a Shii’a Muslim, whom the Sunni Muslim Afghans have persecuted for a long time. Even now, they are hunting for such girls and women, going house to house. We will soon be hearing about the be-heading, stoning, amputations, burqas, child marriages.

The individual Westerners who are involved in the digital Dunkirk are working to evacuate the innocent—anyone who is too “western,” gay, Christian, Sikh, etc. Doing so is an uphill battle. European countries have taken many Afghans but may not be able to absorb many more. America and Canada have also sponsored endangered Afghans for humanitarian asylum or as students. There is a limit. And when that limit is reached—all those who remain trapped will suffer a terrible, ongoing fate.

The United Nations has done nothing substantive. They never have stopped a genocide in progress. All they do is legalize Jew hatred. As we know, evil triumphs as long as good people Do Nothing. But today I have been told that Pakistan may just have opened its doors to Afghans.

Meotti: Question 2) In the UK, a Tory MP was just murdered. A year ago, a French teacher…and the llist goes on. Will the West pay dearly for its appeasement?

Chesler Response: Absolutely. The West has a choice. Build walls up to the very skies and guard them well —or monitor and root out radical Islamic terrorists from afar. Both propositions are hugely expensive. Europe genocidally exterminated their peaceful “Semites,” the Jews, and has reaped a terrible karmic destiny.

They subsequently welcomed millions of non-peaceful other “Semites,” the Muslims, within their borders, without demanding proof that they will become Europeans, without subjecting them to a rigorous Western education and linking all benefits to that program, and without deporting them when they fail to Westernize.

Meotti: Question 3) Joe Biden, Kamala and the others don’t seem much impressed by the news coming from Afghanistan. Is their woke gender women’s agenda just a dog whistle?

Chesler Response: President Biden seems to be half-comatose or at least cognitively impaired. The Anyone But Trump crowd found the least qualified candidate, one who could be controlled by the increasingly “left” Democratic Party. Biden and Harris are not paying attention to the consequences of America’s shameful retreat from Afghanistan.

God help us all.

Meotti Question 4) .Is wokeism a sign of moral decline? Isn’t it strange that America was humiliated in Kabul in the woke years?

Chesler Response: Those who play the part of an aggrieved victim are quite aggressive and persecutory. In the name of “progress,” they behave like fascists, totalitarians. They enforce conformity and self-censoring via mob bullying, shaming, and punishing. The media and the academy have been destroyed by their intolerance and illiberalism. One dare not say the truth, or venture one’s own opinion, in such times.

Are you asking me whether “wokeness” is a sign of disintegration?

Wokeism demands that we stand with the endangered—yes? But in this case, the Biden administration did not do that. And his women of color squad, which includes two Muslims, did not hold his feet to the fire. Yes, we live in very strange times.

But Biden humiliated America, his own generals, and we, the People.