Quebec is now the beacon of astute economic policy in Canada

While Quebec becomes an economic leader, most of English Canada is waddling through the wet cement of applied social democratic truisms 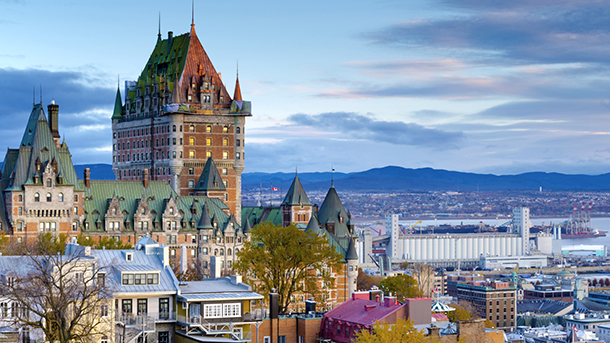 Quebec is outpacing Canada economically, for the first time since the piping days of Maurice Duplessis. Under his authoritarian guidance Quebec grew from a priest-ridden and antiquarian rural society with primitive education and health services and little all-season infrastructure into a modern secular state, with the most advanced highway, health-care and daycare systems in Canada, while closing up most of the gap in per capita income with the country as a whole.

After Duplessis’ death in office in 1959, Quebec endured more than 50 years of political fractiousness and comparative economic decline, in which approximately 800,000 people, mainly English-speaking, departed the province. That retreat has been abruptly converted into advance by slicing down public expenditures, ceasing talk of political upheaval, and incentivizing investment. For decades, Quebec was an economy of hewers of wood and drawers of water, which modern nationalistic Quebec politicians called “le cheap labour Quebecois” in impeccable Quebec French, where, legendarily, iron ore was “sold” for “un cent la tonne.” (This was nonsense, but the left believed it and have influenced posterity). Duplessis managed the difficult feat of persuading Quebec’s nationalists and conservatives to vote together. In the decade following his death, the nationalist torch passed to the separatists of the left and René Lévesque where it has remained.

The core of the Pierre Trudeau program for the defeat of the separatists, which was the sole reason for Trudeau’s entry into public life and continuation in it for 15 years, consisted of four points. These were the assertion of biculturalism in packaging and access to media and government services in both languages everywhere in the country; a substantial increase in government economic development programs that bore benign names like equalization payments and essentially consisted of transferring tax revenues from Ontario, Alberta and British Columbia to Quebec; federal sponsorship of human rights over federal-provincial jurisdictional squabbling (although property and civil rights remained provincial jurisdictions); and a policy of official nationalism that included screening foreign investment and lavishing official attention on secondary communist countries, such as Cuba, East Germany and Romania. Pierre Trudeau’s swanning through China and the Soviet Union assisted him in debunking the theory of the nationalist Quebeckers that Canada was not really a sovereign country, but a eunuch puppet-sate of the Anglo-Americans.

Because of the hear no evil, see no evil, speak no evil nature of the Canadian media where Canada itself was involved, the anti-Canadian outrages of the Quebec nationalists were soft-peddled in English Canada as Quebec pride, and a mere desire for recognition as a coequal founding community of Canada, and not the Anglophobic and anti-Semitic racism that, to a significant degree, it was. Trudeau and his chief collaborators recognized that the separatists were in the position of trying to reconcile the long-repressed national and sovereign aspirations of French Quebec, which for 200 years had mowed the lawns and rolled the tennis courts and done the menial work and small farm agriculture for the Quebec Anglostocracy, and the frugality and pecuniary sobriety of the Quebecois, descendants as they are of money-wise Normans and Bretons.

The French-Canadians bought into Canada when that was the alternative to joining the United States, because Canada was the way to preserve their language, religion and the French civil law. (The Quebecois could not wait to exchange the draconian severities of the French monarchical criminal law for the comparative due process and moderation of the Anglo-American alternative). The Roman Catholic religion scarcely existed north of Mexico apart from the French Canadians and a few British recusant fugitives from anti-popery in Britain, until the arrival of large numbers of Irish and German, and then Italian and Polish, immigrants in the mid-19th century. As long as Quebec nationalism reposed in the hands of Quebec conservatives, their institutional conservatism assured that Quebec nationalism would not become too destructively adventurous. Quebec remained generally happy to support federalist advocates of Anglo-French co-operation.

Pierre Trudeau led the Quebec federalists and English-Canadian bonne ententistes after the greatest French leader since Napoleon, Gen. Charles de Gaulle, following the famous Habsburg principle of “astounding the world by (his) ingratitude,” converted what was supposed to be a state visit to honour the centenary of Canadian Confederation in 1967 into a brazen invitation to Quebec to secede from Canada. Trudeau was elected federal Liberal leader and prime minister of Canada nine months later, meticulously enacted his program of federal antidotes to separatism, gave masterly direction to the federalist side of the 1980 Quebec independence referendum, and produced the patriation of the Canadian Constitution and the Charter of Rights and Freedoms, which all jurisdictions may ignore in specific cases that trespass in their jurisdictions.

For about 50 years Quebec was subsidized by Danegeld from the wealthier mainly English-speaking provinces through a welter of transfer payments, adding up to perhaps $2,000 for every Francophone Quebec man, woman, and child, per year. Separatism, in the triumph of bourgeois French-Canadian prudence over hell-for-leather emotionalism, has effectively collapsed.

Philippe Couillard, premier of Quebec since 2014, is the most unambiguously federalist elected premier of Quebec since Jean Lesage, if not Duplessis, and has expressed a desire to complete the Constitution, left dangling by the defeat of Brian Mulroney’s commendable effort in the Meech Lake accord of 1987. The Quebec economy, which has shed most of its resource and cheap labour manufacturing base to become, with subventions, a public sector and white collar service economy, has suddenly become a Canadian centre for innovation and skillful adaptation to the reality that technological advance, for the first time, creates more unemployment than employment. It’s become a model for fiscal prudence and economic growth (and without recourse to Duplessis’ methods of underpaying public service employees).

Quebec has suddenly emerged with a $4.5 billion dollar budgetary surplus, and 2.9 per cent economic growth rate, and a leading economic performance that the country could emulate. This has occurred while Ontario has essentially become a sub-average economy under the dead-hand of the McGuinty-Wynne negative economic miracle, Alberta has succumbed to the usual economic inanities of the NDP, compounded by the weakness of the world oil price, due largely to increased U.S. domestic production; and British Columbia has floundered back to the left and a baneful NDP-Green coalition.

In a sense, it is the perfect vindication of Canada’s perennial and permanent sense for balance. Quebec, the former fiscally irresponsible and grumbling freeloader, has become the beacon for astute economic policy, and most of English Canada is waddling through the wet cement of applied social democratic truisms.  There is no indication that anyone in Ottawa in authority grasps the slightest aspect of this, and the Canadian dollar is the sick man of G7 currencies (U.S. dollar, Euro, Yen, Pound), and is moving upwards on the down escalator of large country taxation. The last shall be first and the first shall be last.