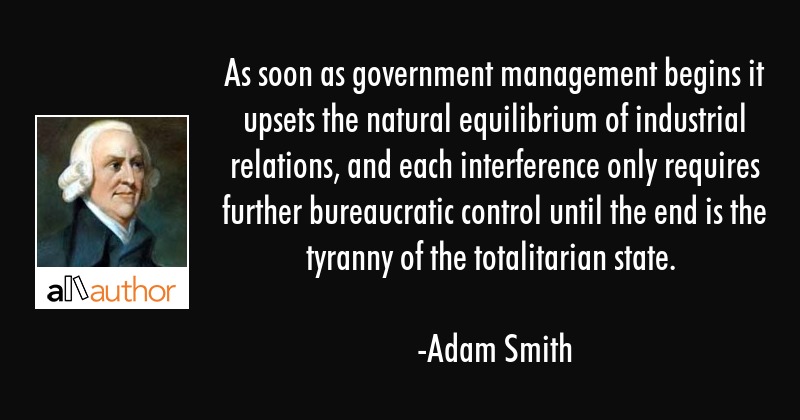 Reading one of the first new presidential executive orders—titled “Executive Order On Advancing Racial Equity and Support for Underserved Communities Through the Federal Government”—was for me a depressing experience.

Even the term “racial equity” sent shivers up my spine; it’s reminiscent of the terms “Jewish science” and “bourgeois morality,” as used by the Nazis and the Bolsheviks, respectively.

The order begins with the words, “Equal opportunity is the bedrock of American democracy.” This at best is a half-truth depending very much on the meaning attached to the concept of equality of opportunity.

If it means that no individual is to be denied freedom under the law because of his social origins, all well and good. Not many people nowadays could be found to deny the desirability of this principle, though it was in fact denied within living memory.

But if by equality of opportunity is meant equality of outcome between distinguishable groups of human beings, no more dictatorial or totalitarian principle could well be enunciated: for the fact is that different groups have, in aggregate, different ambitions, aims, traditions, and capacities.

To ensure equality of outcome of groups (measured, say, by household income) would require endless and very intrusive government interference with the lives of all citizens; it would also be incompatible with the social and cultural diversity that the very same sentence goes on to claim to be one of the America’s greatest strengths.

Such diversity is by itself incompatible with equality of outcome, but not with a legal equality of opportunity in the first sense.

I don’t claim any originality for these observations. On the contrary, they are obvious and have been made many times, but it’s precisely the necessity to repeat them that is depressing, for it indicates that policy is likely to be made on the basis of slogans rather than on real thought, which confronts the complexities of life.

I have space only to pick out a few of the defects of the order. There is, for example, the repeated implication that inequality is by itself evidence of inequity: the two words are used as if they meant the same thing.

In short, the order is a symptom of what Thomas Sowell called “the search for cosmic justice,” the demand that existence be made fair in every respect, a search that, if taken seriously, can lead only to a totalitarian hell.

The term “people of color” appears in the order, as if all people who aren’t of European descent have something in common transcending all other differences between them. This is revealing, for the only thing they can possibly have in common is that they are oppressed by those people of European descent from whom they are distinguished.

This isn’t only obvious nonsense, but is a deeply racialized view of the world. Indians and Chinese, among others, have prospered mightily in America, and on average are probably richer than their supposed oppressors. They are overrepresented in prestigious science faculties.

If “racial equity” were taken to mean equality of outcome between groups, the Indians and Chinese would stand to lose rather than to gain: as, of course, would the Jews. One could therefore make out a case that the order was anti-Semitic in effect, if not in intent.

It’s perfectly obvious that the effect, if not the intent, of the order is to build an electoral clientele, for the victims of the supposed inequities of American society whose condition is allegedly to be improved by it are the majority of the population.

By the time you have added the women to the male homosexuals (the lesbians having already been accounted among the women), the male blacks, Asians, Latinos, native peoples, dwellers in poor rural areas, and handicapped in one way or another, including no doubt by their own character, you have considerably more than half the population: and provided you can get them to vote for you, who so generously sympathize with their plight as the “underserved,” and offer them advantages in recompense, you can maintain yourself, or your party, in power forever.

This is certain, because the utterly fair world in which everyone is born equally handsome and equally clever, and in which uniformity of outcome will therefore result, is impossible of achievement. Unfairness is the goose that lays the golden political egg.

Of course, it isn’t impossible for a small minority in a society to oppress a large majority, and perhaps this has been the fate of most of mankind throughout most of its recorded history.

But is this really true of America today? Besides, it has to be remembered that justice and equity, while very important, are not all-important.

A society in which no one had any opportunity at all would be equal and perhaps even equitable: but no one would want to live in such a society. An average military dictatorship would be far preferable.

The order is also a bureaucrats’ charter (the bureaucrats being another large electoral clientele). The very language in which it’s written is the purest bureaucratese: “The role of the White House Domestic Policy Council (DPC) is to coordinate the formulation and implementation of my Administration’s domestic policy objectives.”

I foresee many urgent meetings over breakfast, many hundreds of pages of documents, much scurrying to and fro, despite which riots will occur.

The person who wrote the following paragraph of the order has obviously been granted far too much opportunity: “The Director of the O[ffice] of M[anagement] and B[udget] shall, in coordination with the head of agencies, study strategies, consistent with applicable law, for allocating Federal resources in a manner than increases investment in underserved communities, as well as individuals from those communities.”

Note how expenditure is here conterminous with investment. Most alarming, however, are the words “as well as individuals from those communities”: for on any possible interpretation of such terrible syntax, they imply powers of political patronage.