From the Irish Independent, a television programme on Irish TV shortly.

AN IRISH woman who admits to having been radicalised after she converted to Islam claims that there are up to 150 Islamic extremists living in Ireland. The woman has also alleged that on several occasions she was visited in Ireland by Khuram Butt – the leader of the terror attack on London Bridge which claimed the lives of eight innocent people.

The connections between Ireland and Islamist terrorism are investigated in a new documentary, Ireland’s Jihadis, which will air on Virgin Media One on Wednesday night.

The programme focuses on the dramatic claims made by the Irish woman, who converted to Islam when she moved to live in the UK – claiming to have been influenced by the 9/11 attacks. 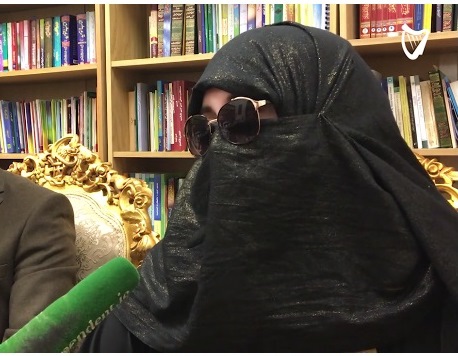 Aaliyah (not her real name) claims that she met Butt through her then Muslim boyfriend, a Pakistani-born UK citizen called Raza who is suspected of operating a number of internet fraud rackets targeting Irish companies to raise funds for ISIS.

Last year an Irish Independent investigation revealed that Raza is wanted in connection with an attempt in September 2016 to defraud a Dublin company of €2.8m.

Raza and Aaliyah moved back and forth from the UK and lived at an address in Santry between 2015 and 2016, where he registered a number of bogus front companies for the purpose of the scam and listed her as a director using her Irish name.

It was during this period that she claims Khuram Butt stayed with them on numerous occasions – although the officer in charge of the State’s counter-terrorism agency tells the programme that gardaí are satisfied he never visited the country.

The follow-up investigation uncovered evidence which for the first time established a direct link between Isis-inspired terrorism in the UK and Ireland when it was discovered that one of the attackers Rachid Redouane, had been living in Ireland where he had been granted residency status.

Redouane, a Moroccan-born pastry chef, had been denied asylum in the UK multiple times and had been arrested in 2009 boarding a ferry to Belfast using a false passport and name.

Despite his record Redouane moved to Ireland in 2012 where he married his English partner, and was granted residency status, which meant he could live in the UK.

‘Ireland’s Jihadis’ will air on Virgin Media One at 10pm on Wednesday night.