Read the Tea Leaves of China 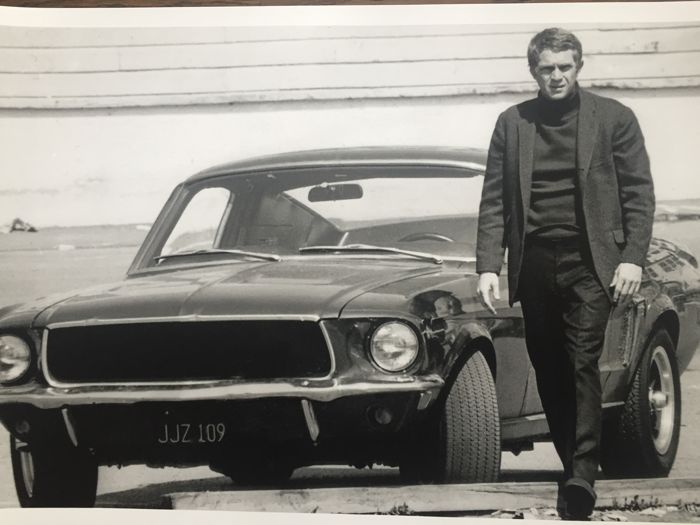 In the action movie Bullitt,1968, the complicated story centers on a San Francisco cop, played by the cool Steve McQueen, asked by the slimy ambitious Senate politician to guard an individual, the supposedly Chicago Mafia leader who had agreed to testify at the hearing in San Francisco of the Senate subcommittee on organized crime. The supposed criminal is killed, and the detective finds that he was an innocent party, and that the wrong man was killed. Fact follows fiction. On June 24, 2019, the chairman of the U.S. House Oversight Committee, Rep. Elijah Cummings (D-Md), though not a slimy politician, demanded to know about official records relating to President Donald Trump’s meetings with Russian President Vladimir Putin. Cummings does not resemble the King of Cool, admired for his anti-hero persona, sex appeal, sense of style, rugged good looks, but like McQueen in the film he is scrutinizing the wrong party.

Chinese President Xi Pinging, authoritarian and ambitious leader, is the ascending star not Russian President Putin. The search and inquiry of Congressional Committees should focus on China, not Russia. In today’s world, China, whether viewed as the main country stealing U.S. intellectual property, rapidly challenging the U.S. economy and trade, and seeking to command not only the leadership role in Asia but also global dominance, is now the main rival of the U.S. The rapidity of its development is seen, by many analysts, as the greatest threat to the U.S.

The great American philosopher Casey Stengel, exasperated by the hapless New York Mets, the new team he was managing in 1962, asked, “Can’t anyone here play this game?” The game of politics has its hapless moments. On the very day of Cumming’s letter to White House Chief Mick Mulvaney about the desired records, a new report was issued that China had infiltrated cell networks of a number of global carriers. Among other matters, China targeted military officials, dissidents, and security bodies. This offensive is said to be the work of a Chinese group, APT 10, known for hacking Western businesses and official agencies. For more than a decade Chinese groups have engaged in multiple hacking campaigns into computer systems around the world, attacking the telecom industry, searching for trade secrets and technologies.

In all spheres, political, economic, diplomatic, China has in recent years increased its role. Even in a quite new economic activity, online food delivery, China has increased quickly, accounting now for 45% of global trade. China is issuing licenses for commercial use of new technology, a key step in cyber power. In Europe, China has interests and part ownership in a considerable number of enterprises, Heathrow, Frankfurt, and Toulouse airports, car firms, Peugot, Citroen, Pirelli, Daimler, and TV stations.

China has become prominent in Africa which has 30% of the world’s reserves of hydrocarbons and minerals, and 10% of the world’s population. China has moved in where it has seen the West has neglected Africa. One estimate is that there are now 10,000 Chinese owned firms in Africa. China has been building schools, hospitals, anti-malaria centers, agricultural and technology demonstration centers. It has been lending money to African countries and training its workers. It has the Husab Uranian mine, a $4.6 billion investment, the second largest uranium mine in the world, in Namibia, where it is also building an artificial peninsula in Walvis Bay. In the African continent China has built shopping malls, granite factories, cotton plants, telecommunications, and fuel depots. It has built a $8 billion high speed rail road in Nigeria, and working on a canal there. In 2000, only five countries had China as their largest trading partner; now more than a 100 do.

Politically, the events in Hong Kong in June 2019, large protests against extradition of suspects to mainland China leading the police to fire gas canisters and rubber bullets against the protestors, indicated that citizens were conscious of the legal powers of China and the blow to freedom and their semi-autonomy obtained when Britain in 1997 agreed to the Hong Kong territory being part of China.

China’s diplomatic aggressiveness was shown in two recent events. One was the visit in June of Chinese President Xi Jinping to Korean leader Kim Jong-un, to discuss North Korea’s nuclear weapons program and long-range missiles and U.S. sanctions. The second was the visit, June 5-7, 2019 to Russia. The question arises whether this visit, on the 70thanniversary of the agreement of diplomatic ties between the two countries, foretells a new strategic partnership in upgrading their hitherto uneven relationship? Trade between the two countries has grown, now $108 billion, and there is a wide range of cooperation on economics, trade, energy, science, aerospace, agriculture, and education.

China has also been trying to persuade other countries not to have official relations with Taiwan. When is a state not a state? International law provides no satisfactory answer, so the existence of Taiwan remains a fuzzy undefined entity. After World War II in 1945 the Republic of China, ROC, still the official title of Taiwan, was given a seat on the newly formed UN Security Council. In 1971 the Communist regime, the Popular Republic of China, founded in 1949 and led by Mao Zedong, replaced the ROC at the UNSC. If Taiwan is not officially recognized as a state, it claims to be a regime in exile and has commercial, cultural, and diplomatic relations with many countries, including the U.S. In an international context Taiwan,13,800 square miles and a population of 23 million, is also the last irredentist area of those claimed by Communist China, a symbol of the lack of full national unification of an empire comparable to that of the Qing dynasty, 1644-1912.

It is no secret that China is creating a facsimile of the old empire, as well as being the second or the first most important political and economic power in the world. Territorially, it incorporated Tibet in 1951, Hong Kong in 1997, and Macao in 1999. Politically and militarily, China supported North Korea in the hostilities 1950-53, helped end the Indochina war in 1954, helped form the non-aligned movement in 1955, engaged in war with India in 1962, and established its first military base outside its own territory in Dijbouti in 1999. China opened relations with the U.S. in 1979, and normalized relations with the Soviet Union in 1989. Economically, it became a member of OECD, member and observer of the Arctic council, member of Economic Cooperation of countries of Asia-Pacific.

Culturally, it set up the Cultural Revolution in 1966, and held the Olympic games in Peking in 2008. The big change came with the arrival of Xi as President, and his determination to Make China Great Again by creating a new counterpart of the legendary Road of Silk.

This road, originally termed “one belt, one road” now is called Belt and Road initiative.

There appear to be two roads. One is the land route from China to Europe, the old silk road interrupted in 15thcentury; the other the sea route, the strait of Malacca, the Indian ocean, Red Sea, and horn of Africa, once controlled by Portugal.

The land ambitious programs include routes, rail, and energy lines.  Already there are important connections, China to Pakistan, another is a route crossing Burma to Singapore.

Sea route investments in and commercial privileges exist in Asian ports, such is the case in Pireus, Greece, and Gwadar, a strategic port in Pakistan.

Added to this are links or hubs, special zones, in many parts of the world.

Benefits obtained from this enterprise are culture and circulation of scholars, educational programs, and tourist programs.

The Silk road has a symbolic dimension. Its dimensions are only economic, prosperity for Central Asia, challenging the West, but also cultural and scientific, and political in that China has increased weight in international affairs.  It also presents an idealistic image, a return to renaissance of the glorious past of China past.

China is a power, not a friend of the U.S. but a rival, not an automatic enemy, and even a possible partner in resolving problems, such as North Korea or Syria or the South China Sea. The U.S. faces not only a problem with tariffs, but also the reality of a deficit with China of $379 billion in goods and services. While recognizing that Russia is also not a friend, the U.S. Congressional Committees should forgo or reduce their prolonged and seemingly interminable investigations of Putin’s every word and turn attention to the giant of China in the present world. So must the White House. In 2017 Trump congratulated Xi on his “great political victory” when he was reelected as Chinese president. It is time to recognize that there is a strong correlation between monetary help and in return support for China’s foreign policy objectives.

PrevMuslims in France Complain of Widespread “Islamophobia”
"A Bias Steam-Ironed into Women’s Lives": A Conversation with Author Phyllis Chesler about Women and Madness, 47 Years After PublicationNext