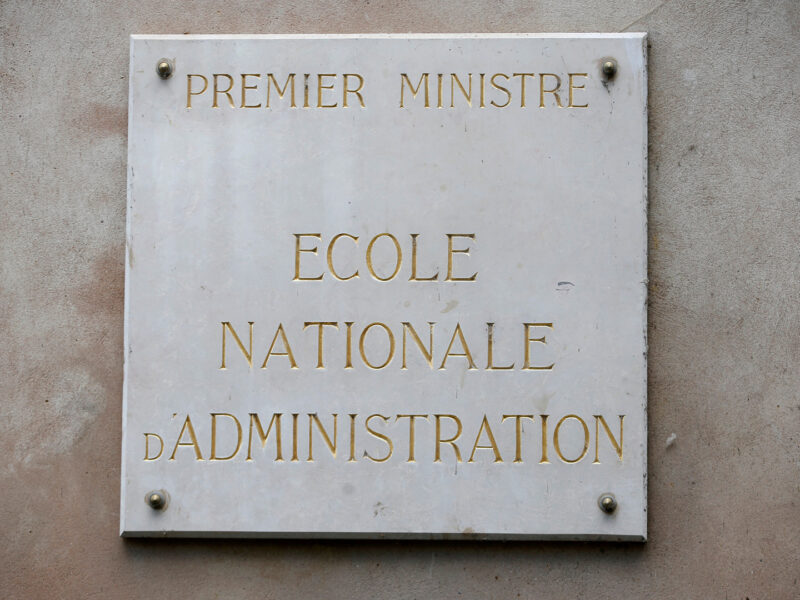 The complex French higher education system has always been puzzling, comprising a melange of universities, Grandes Ecoles, specialized schools, public and private, that train students for professional careers in specific fields such as art, architecture ana social work, and bodies offering technological oriented degrees. Most, about 60%, of the 2.7 million students are in public universities which do not charge tuition, and which are open to students who have passed the baccalaureate exam or its foreign equivalent.  However, a smaller number attend the well-funded selective Grandes Ecoles, entrance to which requires passing a competitive, difficult exam, and which have small classes and a top teaching staff. Some of these, such as the ENS, Ecoles Normales Superieur, and Polytechnique, are highly prestigious and esteemed.

An addition to these institutions was announced on October 25, 2017 by President Emmanuel Macron with the creation of Paris-Saclay, to be a model of excellence, a scientific powerhouse  linking higher education and research in a structure composed of two poles. One is Paris-Saclay, an intensive research university, started in 2019, which would be MIT a la francaise, and the other a cluster of institutions each independent but linked to the Ecole Polytechnique and pooling their strength, akin to the constituent colleges of Oxford and Cambridge.

Macron continues his ambitious policy and centralized decision making to reform French institutions. On April 8, 2021 he announced what is in effect a revolution in recruitment of people for public service with the closing of the ENA, National School of Administration, which would be replaced by a new body, the Public Service Institute, a school for graduates to prepare  for senior positions in the public sector but which would be  more diverse in its personnel and their background than its predecessor.

Emmanuel Macron is the epitome of the French success story. The gentleman is no dope though he’s a man of many faults who doesn’t always know the score. Born in the provincial town of Amiens in December 1977 he attended the French prestigious schools, the Institute of Political Science, Sciences Po, and ENA, from which he graduated in 2004, then worked at Rothschild Bank and in the business world before entering politics, as a cabinet minster and then becoming president in 2017 at the age of 39.

Macron, forceful and energetic though he has lost some of his appeal, remains an enigma,  in personal behavior, haughty, arrogant, charismatic, aloof,  the modern Jupiter, and in policy  Once a free marketer, he now stresses the role of the state and institutional change. He cannot be characterized in ideological terms as either politically right or left.  Indeed, his starting political platform was “neither right nor left.” His own party was new and defeated the traditional political parties. He has combined being a French nationalist with advocating a stronger European sovereignty, a unit that should be more active as a political and military bloc. At first he governed as a technocrat mostly concerned with economic, tax and pension reform problems, stimulus of the economy,  and public investment.  Then, largely as a result of events in France he broadened his interest to tackle problems of security, law and order support for the police, climate control, and defense of Republican values.

Most notable this has been insistence on two issues: the importance of laicite, secular republicanism,  and  control and defeat of Islamist separatism;  and overcoming the anti-government demonstrations particularly of  the gilet jaunes, yellow vests, movement. His view of France combines healing social divisions in the French universalist state, and fighting violent extremism and limiting foreign   influence.  Macron understands that the social ladder is difficult to climb, and exemplifies the need for what he calls “premiers de cordees,” heads of rope, leaders pulling people up.

Macron’s action to end ENA suggests mixed motives. Certainly, it is a reaction, an attempt to overcome the  gilets jaunes protest movement  that began in  2018 and its implication that national leaders were out of touch with ordinary citizens, especially  those living in the provincial cities. The gilet jaunes crisis made hm feel the need for a sensitive course of action for citizens.

Macron is a modernizer anxious to obtain efficiency and seemingly diversity,  but  his move may reflect political strategy in two ways: to try to attract an electorate that is moving right, right wing voters, supporters of Le Pen,  in view of the presidential election next year; and to satisfy those outside the Paris metropolitan area who feel neglected, and who are denied opportunities  available  to people in the capital.  Yet his decision to end  ENA also indicates his intent to create a more efficient and diverse public service, and for all to have the opportunity to compete for entrance to  elite schools, and for a certain number of places to be available for socially underprivileged  students .

Macron has declared that to build a society of equal opportunity and national excellence, France must reset the rules for recruitment, careers, and access to the upper echelons of the civil service. The system of training, selection, and career development must be changed  by ending the ENA.

The ENA from which 100 grads emerged evert year after a two year training, is a symbol of elitism and privilege, which has perpetuated the intellectually brilliant but perhaps out of touch ruling group. It has been the school from which  the French hierarchy, political and economic, has emerged; presidents, prime ministers, captains of industry.  Since1958 four of the seven presidents have been “enarques,” including  Valery Giscard d’Estaing, Jacques Chirac, Francois Hollande, and Macron himself, as have five of the last ten PMs.

In recent  years, grads have headed key enterprises: Orange, Telecoms operator, Societe Generale bank, Carrefour  food, Axa, eads, Airbus, Air France, SNCF, Bank of France, European central bank.  The question can be raised; was ENA a symptom of the divisions in France, or one of its causes. ENA  enarques became part of   “pantouflage,” a revolving  door between senior public and private positions, between top political positions and  lucrative opportunities in private industry.

ENA was founded by Charles de Gaulle after World War II in 1945 to train senior administrators who would be drawn from all regions of the country and social classes through entrance exams, and would be assigned jobs on the basis of merit, not on wealth, social class, or connections. The object was to assert state control over appointment of senior civil servants, and to weed out the collaborators of Vichy by replacing them with people loyal to Free France. ENA was originally located in Paris but was soon moved to Strasbourg.

The basic problem is that ENA never worked as hoped by de Gaulle with individuals based on talent and individuals, regardless of background, drawn from all parts of French society. In reality, the main avenue to enter ENA  was from Sciences Po, another elitist body and important part of  state nobility and social elites, who came from affluent families or the elite Grandes Ecoles, and who  inherited economic and cultural capital, such as knowledge, culture, and educational credentials. Of the successful applicants to ENA, about 70% have come from the French privileged families.

This is not surprising. At present, to enter ENA  requires taking a competitive exam, usually after graduating  from one of the top school or Grandes  Ecoles, on political and economic subjects and on European and International politics.

At the end of the course, students are given a ranking which dictates what jobs they may  apply for, such the Conseil d’Etat, the Court of Audit, and Financial Inspectorate. Under Macron’s  plane, the top ranking graduates will no longer have automatic access to the top administrative  jobs until they have demonstrated  their skill in other official roles.

Macron recognizes the need for a fairer French society. He is resetting the rules for access to the senior positions of the public service. It remains to be seen if his plans will end the charge and the reality that the French leaders are out of touch with ordinary French people, especially those living outside of Paris and the main cities. As Macron is fond of saying, “The owl of Minerva takes its flight only when the shades of night are gathering.”