If truthful reporting risks increasing tension between communities, should it still be published? Do journalists have a social duty to repress certain topics which are unhelpful? These questions tend to separate free societies from those countries where the press is muzzled. In Britain, there has been a tradition: readers decide what is acceptable. But that tradition is under threat, not just from politicians but from the press regulator itself.

You may not have heard of the Independent Press Standards Organisation, but it’s worth knowing about. It regulates this magazine and most British newspapers. When it was set up five years ago, its rules, laid out in the Editors’ Code, were meant to enforce accuracy and basic standards.

But in recent years, journalists have noticed Ipso branching out into ‘correcting’ opinion pieces. . . signs of Ipso being manipulated by activists. . . clear some of these activists now have a very far-reaching, more worrying, agenda.

For months, Ipso has been working on a new project: an ‘informal working group’ to guide journalists on what should and shouldn’t be said about Islam and Muslims. Drafts of this guidance have been leaked to Policy Exchange by someone concerned about where it might lead, and it is examined in a new study by the thinktank called Eroding the Free Press. I (Will Heaven – managing editor of The Spectator) can disclose it here for the first time.

Notably, there is a shift in the guidance from the strict focus on accuracy to more elastic and subjective terms. Journalists are urged to ‘be aware that their content can have an impact… on how minority communities are treated’. They are told that ‘inaccuracies and insensitivities’ can ‘damage communities’ and that ‘unbalanced coverage can work to increase tension between communities’. This, it is said, ‘can make harassment more likely’.

It sounds banal enough. But what would it mean in practice? When the Times revealed the grooming scandal in Rotherham, for example, the story was incendiary. How exactly should such an important piece of investigative journalism be balanced? Who decides what is ‘insensitive’ anyway? 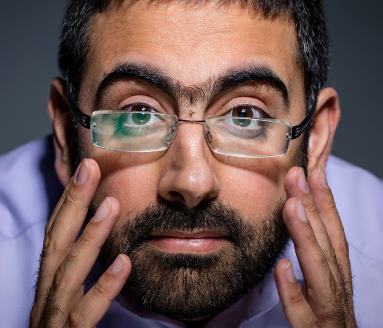 Even Ipso’s current rulebook has allowed it to be abused by activists. Miqdaad Versi (left) is a prominent member of the Muslim Council of Britain and a campaigner (he has been called ‘the UK’s one-man Islamophobia media monitor’) who has made it his mission to complain about so-called ‘Islamophobia’ in the UK’s media. He does so to editors directly and via Ipso’s official complaint channels.

One national newspaper editor confirmed that he frequently corrects stories online when Versi contacts him — if only to stop the deluge of emails, which can relate to obscure points about the history of Islam.

No one has been told who sits on Ipso’s group, deciding how the British press should report about Islam. Which is odd: why the secrecy? When Sir Alan Moses, Ipso’s outgoing chairman, was asked twice in private for details of the Ipso group, he said it was confidential, then wasn’t sure — and certainly didn’t reveal its membership. But I can confirm that one of its members is the very same Miqdaad Versi. Soon, he may well be able to complain to Ipso about stories he dislikes, using guidance that he himself helped to draft. In a commercial sphere, this would be called ‘regulatory capture’: when a vested interest leans on a regulator to rewrite the rulebook, then uses the new rules to their own advantage.

The Muslim Council of Britain has tried to set up its own press watchdog: the academic-sounding ‘Centre for Media Monitoring’ . . . also under the control of Miqdaad Versi, who is executive director.

Even without the new Ipso guidance in place, a number of editors and journalists have spoken privately to us about the ‘chilling effect’ that has already occurred in relation to subjects that touch on Islam. There is a degree of self-censorship going on and this raises the question: what stories have been set aside on the grounds that pursuing them might bring too much trouble? Note that some of the UK’s foremost investigative journalists — such as Andrew Norfolk and Dominic Kennedy of the Times — have already been denounced by activists for their alleged ‘Islamophobia’. And don’t forget that even Andrew Norfolk didn’t investigate and report the Rotherham abuses for a couple of years after he first heard about them as “this is a dream story for the far right” but eventually he could ignore his conscience and EDL activism no longer.

It won’t end here. If the new Ipso guidance is published, it is likely to be ‘banked’ as a useful concession on the road towards yet further restrictions on media freedom. . . a sinister turn in press regulation. It would deeply compromise the free press. But make no mistake. As it stands, that is the direction of travel — and time is running out to change course.

PrevPoland And Judea: The Dilemma of Resistance
Just a Few Questions for Richard Dawkins and Sulome AndersonNext