From Yahoo News, The Guardian, and The Sun. Photograph and drawing from the Times

Sajid Javid has said he ‘will not hesitate’ to stop Shamima Begum, who left the UK to join Isis, from returning to the UK.The Home Secretary said he would use powers available to him to prevent Ms Begum from coming back to Britain, and warned that she faced a criminal investigation if she did manage to come back. 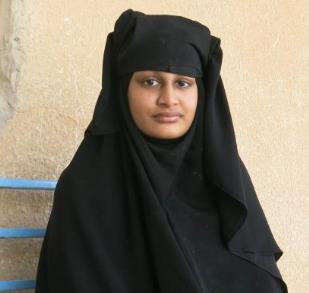 He said: “ We must remember that those who left Britain to join Daesh were full of hate for our country. My message is clear. If you have supported terrorist organisations abroad I will not hesitate to prevent your return. If you do manage to return you should be ready to be questioned, investigated and potentially prosecuted.”

Security Minister Ben Wallace also warned that runaways who now want to come back must realise that “actions have consequences”.

A petition demanding that the authorities “Ban all ISIS members from returning to the UK, remove their citizenship and passports” has already received 199,000 signatures and the number is rising rapidly as I watch. But not everybody wants her and her fellows to be excluded.

In Bethnal Green, the east London area where Shamima Begum and two other schoolgirls lived before they travelled to Syria to join Islamic State, there was a widespread feeling that she should be allowed to return to the UK.

Shakil, 18, a student who didn’t want to give his last name, on Thursday said Begum should be welcomed home. “She should feel safe to live here. She should get protection from the police from people who might not want her back.”

The dozen people who spoke to Guardian in Bethnal Green all said Begum should be allowed to return home.

Meanwhile in The Netherlands

THE husband of jihadi bride Shamima Begum was linked to an IS terror cell planning ­Paris-style attacks, it emerged yesterday. Dutch Islamist fighter Yago Riedijk, 27, was in regular contact with seven men feared to have targeted a rock festival in the city of Arnhem.

A Dutch anti-terror source said last night: “The chances that Riedijk was not in touch with members of the group planning this bloodbath is nil. The British girl is being described as a vulnerable victim but she married an extremely dangerous man who waged jihad at home as well as in Syria.”

Police smashed the Arnhem cell last year as the men were about to launch their attack. Investigators learned of their plot to use car bombs, grenades and AK47 assault rifles at a major event, believed to be a rock festival. Their plan was to walk among innocent revellers in a line killing everyone in their path with rifles and grenades before detonating a huge car bomb.

Dutch police said Riedijk, who surfaced in Syria in 2016, was one of 29 Muslim men from Arnhem identified as having been radicalised. 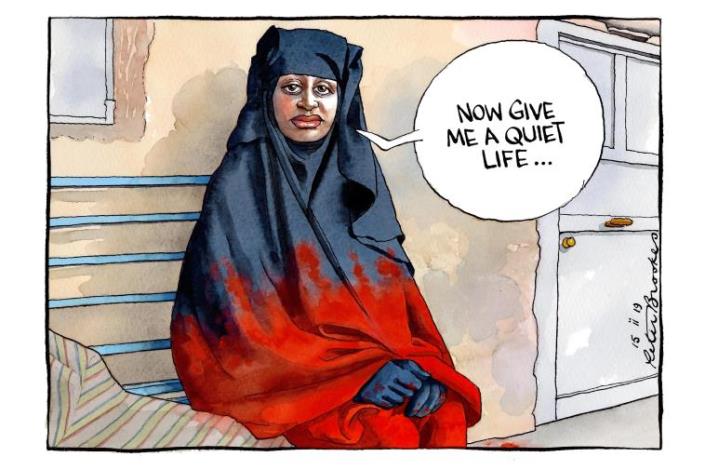