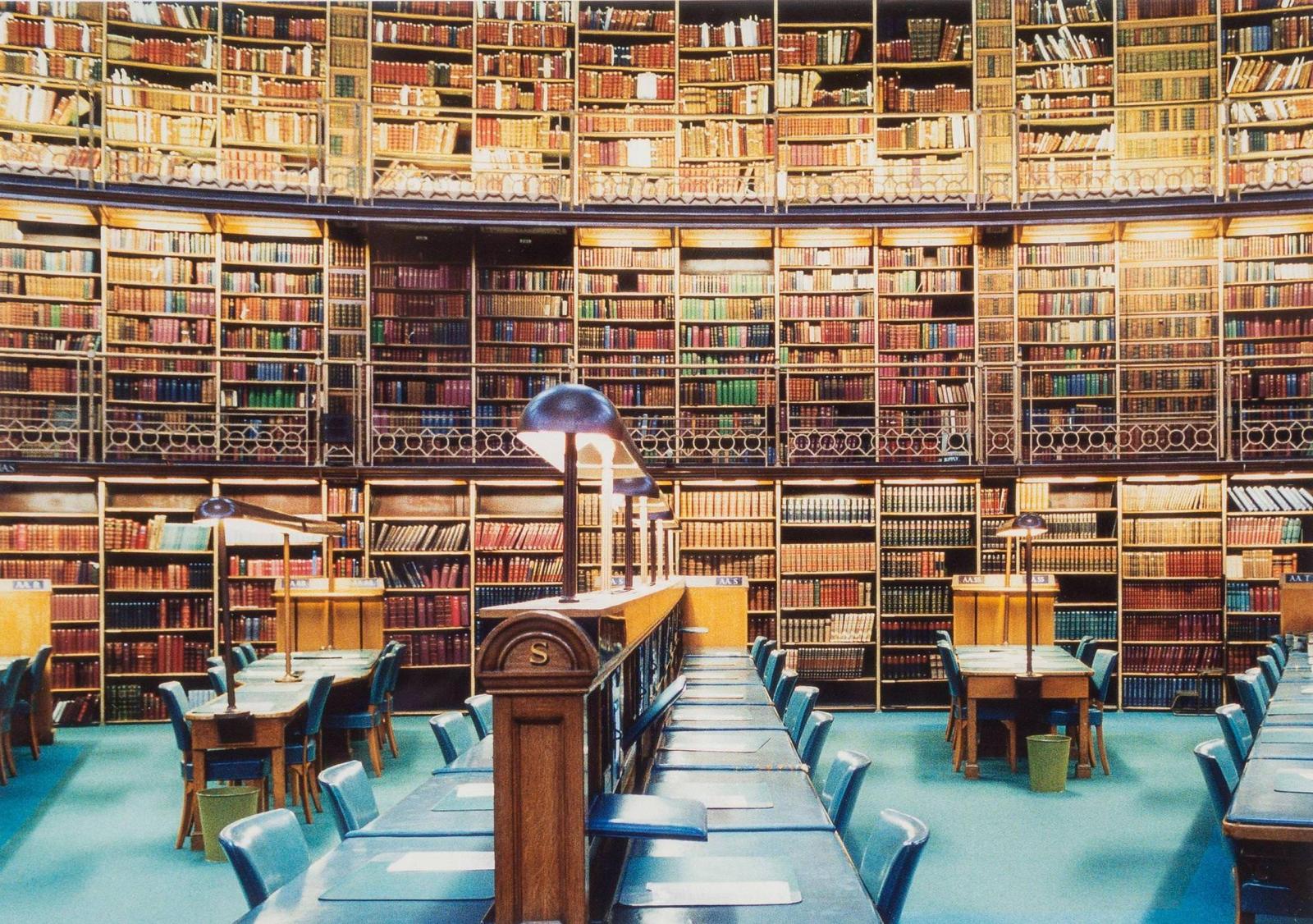 The campaign for sanity and fair representation of views of different sides in opinion and news continues against the cancel culture sleuths in the U.S. and UK. The campaigners in the battle are aware that the UK had been the setting for a number of recent cases where individual public figures, politicians and academics, including the former Conservative Home Secretary, Amber Rudd, were forced to cancel appearances because their views clashed with some students. Ironically, Miss Rudd had intended to deliver a speech encouraging young women to get involved in politics.

The campaigners might also be aware of activities by other cancel culture zealots. To characterize those activities, by public bodies and private organizations, as bizarre is to underrate their absurdity. It is bewildering that the British Library, the national library of the UK and one of the largest libraries in the world with over 210 million items, is planning to relabel Geoffrey Chaucer’s The Canterbury Tales for “transparency,” a concept to learn when and where works were acquired. Chaucer, the first person to be buried in the Poet’s Corner in Westminster Abbey, wrote the Tales, 1387-1400, long before the start of the Atlantic slave trade, but the manuscript was bought more than three hundred years later by Robert Harley, Chancellor of the Exchequer, who established the South Sea Company in 1711 which was responsible for the transport of 64,000 enslaved Africans between 1715 and 1731, and whose family was connected to plantations in Barbados, Antigua, and Surinam.

The link of the items in the British Library, BL, to slavery is supposedly part of its plan to tell a clearer picture of how the works were acquired. But it is also part of the Library’s anti-racism action plan, to “decolonize” its collection, and to work for a cultural overhaul at the Library. The Library has not labelled Chaucer himself as a slave trader but becomes a target because of the connection with the Harley family. Chaucer who wrote in Middle English with the dialect of London, can have the last word. In his The Miller’s Tale he wrote, “Sometimes an impression can cut so deep that people can die of mere imagination.”

Basic to the BL’s plan to tell a “clearer history of how works were acquired” is the link to the slave trade and colonialism. Its items, perhaps not all 210 million, are being examined and relabeled to reflect this link. High on the list is Shakespeare’s First Folio, produced in 1623 and including 36 of his plays. Shakespeare may not have had a sea of troubles in his life, but he is now suffering the slings and arrows of outrageous fortune because this precious document was once owned by the members of the Royal Family, Kings George III and George IV, who were opponents of abolition, and were honorary governors of the South Sea Company, the body that had a monopoly to supply African slaves to islands in the “South Seas” and South America.

Many other items in the BL are being examined for their links to the slave trade or which were acquired through officials, soldiers, and missionaries during the British Empire, all seen through the prism of slavery or colonialism. Among the items are the Golden Gospels, written in gold in the ninth century court of Charlemagne, and the Kaifeng Torah Scroll made, perhaps in the 17th century, by the Jewish community in China.

Cancel culture has created a cottage industry of searchers for those miscreants who are considered unacceptable and should be banned, disinvited, or toppled. A recent enlister in the industry is Sheffield University which has proposed a plan to “decolonize” the curriculum of its engineering department, to assess the assumptions of Western thought, to consider who might have benefited from colonial activity, and to incorporate what it terms “historically marginalized or suppressed knowledge.”  Central to this plan is the argument that knowledge systems are marked by existing power relations which are rooted in the history of colonialization. Sheffield University holds this Eurocentric epistemology is based on white intellectual traditions regarded as superior and universal and as the West as the originator of knowledge and development. Its revised curriculum will highlight the links of individuals to slavery and colonization.

The new curriculum will examine high profile figures: the most well known are Sir Isaac Newton, Paul Dirac, Pierre-Simon Laplace, and Gottfried Leibniz. It is not yet clear how these intellectual giants were involved in the denounced activities.  Newton, once universally known as the father of gravity, will now be better known as a colonialist because he was a shareholder in the notorious South Sea Company. He may also become renowned for illustrating that even genius cannot always beat the market, since he lost all his money in speculation in the South Sea Bubble of 1720.

Cancel culture in the U.S. and the UK has illustrated increasing bias and lack of objectivity. In the U.S. that has led to heads being rolled at the New York Times. The opinion writer James Bennet was obliged to resign in June 2020 because he had allowed Sen. Tom Cotton (R-Ark)  to publish an op-ed, Send in the Federal Troops, arguing that  the U.S. military should be used to quell BLM protests, leading to violent rioting in the streets. Bennet has left, and now so has  the term “op-ed,” the word for the guest essay that  appeared  physically  opposite the editorial    page and not because  if offered views contrary to those of the paper. Op-ed apparently is a relic of an older age, and has been replaced in the NYT by “more inclusive.”

The NYT can lay  claims to being a repository of cancer culture, being involved in two other events.  Staff editor Bari Weiss resigned in July 2020 citing constant bullying   by colleagues who disagreed with her views that were critical of woke cancel culture.  A column by the writer Bret Stephens was censored because it was critical of the executive editor’s   handling of the ousting of the paper’s science reporter who had used the N word during a student trip in Peru in 2019.

In Britain, a controversy has arisen over a proposed official code for public communication that reflects the view that free speech cannot be allowed if it gives offence or hurts the feelings of people.  Ofcom, the government approved regulatory authority for broadcasting, telecommunications and postal industries of the UK , regulates TV, radio, and Video on demand. Previously, the code of Ofcom had forbidden broadcasters   from airing anything    that incites hate, giving four reasons. On January 1, 2021, the   code was increased to list fourteen categories, which it implied pose a danger to society. The new code to protect the public from harmful or offensive material includes the following; disability, ethnicity, social origin, gender, sex, nationality,  race, religion, belief, color, genetic features, membership of a minority, language or political opinion.

On April 22, 2021 a response to cancel culture was issued in a statement underlining   a commitment to freedom of expression and academic freedom by the Russell Group, whose name is derived from the venue of the meetings of its members at the Russell Hotel in Russell Square, London. The Russell Group represents 24 British world class, research intensive   universities, that can in some ways be seen as an equivalent of the U.S. Ivy League institutions. It is primarily a lobbying group whose objective is to ensure that British universities have the best conditions in which to flourish, and to make social, economic, and cultural impacts through research and teaching.

The Russell Group statement makes clear that academic freedom anchors the commitment of universities to the open and rigorous contestation of ideas, essential to drive knowledge and     discovery in research and education. Freedom of speech extends to all who wish to seek,  receive, or impart   information  and ideas of all  kinds, and includes the right to protest peacefully.

Yet, the problem is complex. The right to free speech is central to the culture   of academic institutions, and to democratic systems, but it is also protected by law. Democratic institutions try to ensure that free speech should not extend to hate speech, to unlawful discrimination, harassment, or victimization that undermines the ability of individuals to engage fully in life.

At heart is the problem of whether this set of limitations, or which limitation,  is consistent with the essential commitment to the free and open discussion, the challenging of controversial views, and a culture of   mutual toleration of free speech by allowing all voices to be heard, and not making enemies of those who disagree. Contrary to cancel culture, speech should be allowed as long as it discusses controversial topics in polite fashion and will not lead to problems of public disorder.