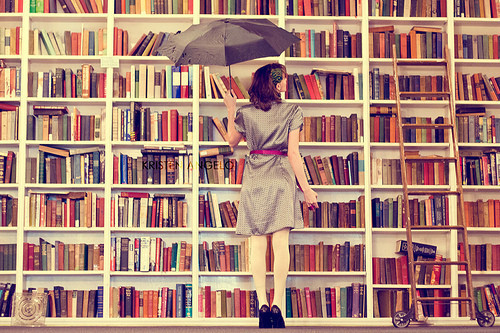 Ideological obsessions manifest themselves nowadays in all the nooks and crannies of intellectual life. The other day, for example, I received an antiquarian book catalogue through the post and enclosed was a bookmark advertising book fairs taking place in the near future.

The bookmark also advertised the 30th Annual Conference on Book Trade History to be held at Stationers’ Hall in November. The subject is to be Men and Women in the Book Trade: Changing gender roles over 500 years. I suppose next year it will be Race in the Book Trade, and the year after that Homosexuals in the Book Trade. Do they – the ideological obsessives – never get tired of it? Ideology is an itch which only gets worse with scratching.

My experience of the book trade, both second-hand and antiquarian, going back over many years, is that it is almost as exclusively male a preserve as the membership of the Garrick Club. True, I have encountered a few more women in second-and and antiquarian bookshops than formerly, but they have rarely been the prime movers in the business. Booksellers will tell you that it is when the man dies, never the woman, that booksellers are called in to clear houses of accumulated books. As for customers, they are overwhelmingly male.

How is this anomaly, this injustice to be corrected? I think the best way would be to force booksellers to monitor the proportion of their customers who are women and to set them targets to increase it, taxing them accordingly. (The same should be done for race, of course, for in Britain, at any rate, the trade is, in the words of one politician, ‘horribly white.’) Only in this way will things ever change; the booksellers must be told to increase the attraction of bibliophilia to minorities, that is to say the minorities who make up about 99.99 per cent of the population, bibliophiles being the other 0.01 per cent, and hence a self-appointed elite controlling the trade.

Actually, the title of the conference, Men and Women in the Book Trade, demonstrates how firm is the hold of misogyny in that trade. If it were not, the title would have been Women and Men in the Book Trade, women and men being the correct locution by all right-thinking persons who do not go along with the assumption that men naturally come first. The rhythm of our language is no excuse for the old locution, for what is such rhythm to set against the imperative of social justice?