Shamima Begum knew what she was doing when she joined IS, MI5 tells court 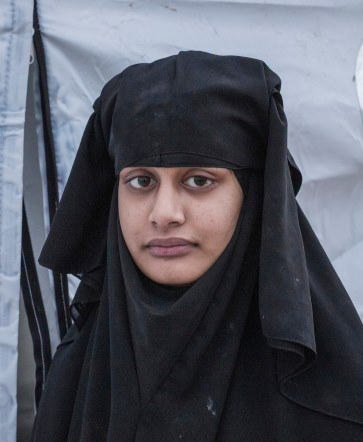 Shamima Begum “knew what she was doing” when she travelled to join Islamic State (IS) in Syria, a senior MI5 officer told her citizenship appeal on Monday.

The 23-year-old was said by her lawyers to have been “cynically recruited and groomed” when she was 15, before being trafficked for sexual exploitation at the hands of the terror group in 2015.

Ms Begum is now mounting a fresh attempt to have her British citizenship restored after Sajid Javid, the then home secretary, revoked it…

The Special Immigration Appeals Commission (SIAC) is being asked to declare the decision unlawful on grounds including that Ms Begum was a trafficking victim and that she did not pose a national security threat.

An MI5 officer who led a team investigating terrorist activity in Syria and Iraq in 2019 told the hearing it was “inconceivable” that Ms Begum “would not know what [IS] was doing as a terrorist organisation at this time”.

The officer, who spoke from behind a curtain and was referred to as Witness E, told the appeal it was “worth remembering” the crimes IS had committed by the time Ms Begum left for Syria.  . .He said: “In my mind and that of colleagues, it is not conceivable that even a 15-year-old – that 15-year-old having been predicted As and A*s, an intelligent, articulate and presumably critically thinking individual – would not know what [IS] was about. In some respects, I do believe she knew what she was doing and had agency in doing so.”

In separate written arguments submitted by Mr Squires, he said Ms Begum “was following a well-known pattern by which IS cynically recruited and groomed female children, as young as 14, so that they could be offered as ‘wives’ to adult men”.

The case will continue being heard for the rest of the week.