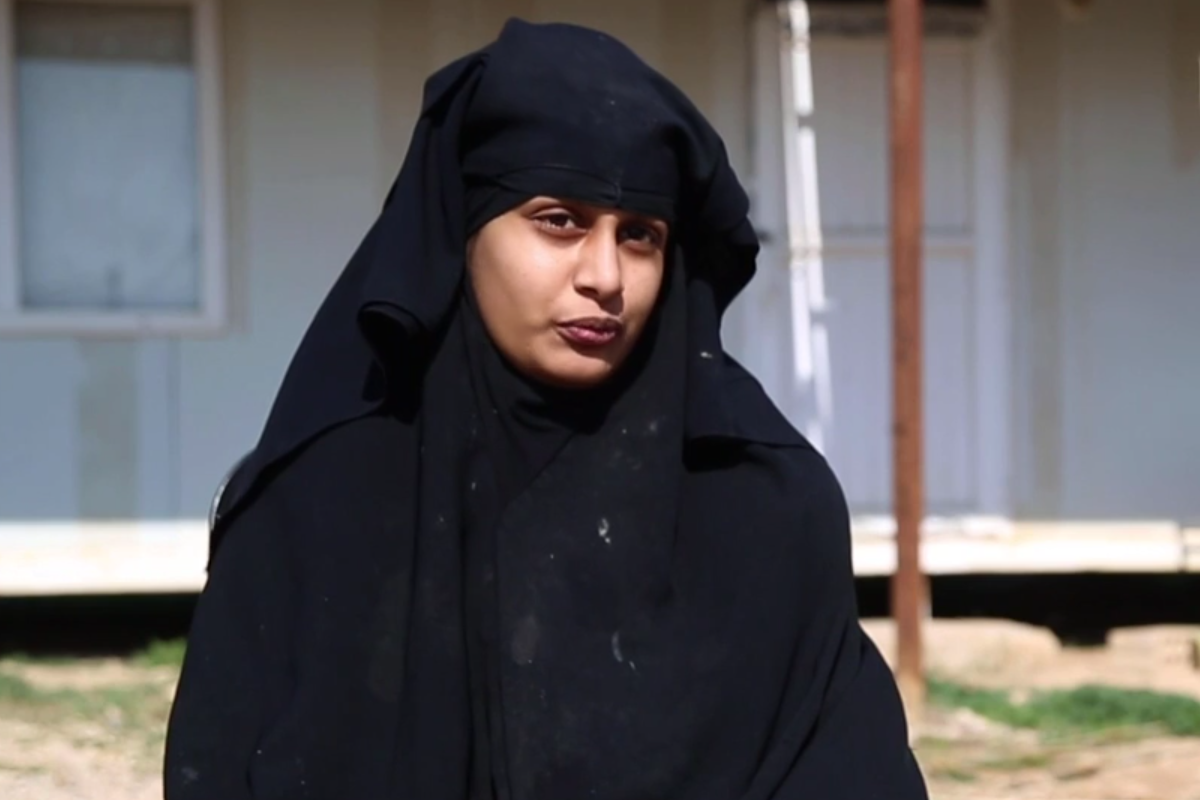 Four years ago, three Muslim girls aged 15 from Bethnal Green in the East End of London ran away from home to join the so-called Islamic State in Syria. There was a brief commotion at the time as to how this had been allowed to happen.

One of them, Shamima Begum, was found last month in a refugee camp in Syria and, now aged 19 and with a third child (the first two died in infancy) by a young Dutchman turned jihadist, pleaded to be allowed to return to Britain because the camp is so uncomfortable. British Home Secretary Sajid Javid, a possible contender for the post-Theresa-May premiership, promptly stripped her of British citizenship. This met with the approval of a large majority of the electorate.

Whether the Home Secretary’s action was legal is a matter of dispute. No country is allowed to make a person stateless, but under Bangladesh’s nationality law, all persons born of Bangladeshi parents have Bangladeshi citizenship. Therefore, by stripping her of British citizenship, Javid was not making her legally stateless, even if Bangladesh has said it will not admit her. In that case, she will not be stateless, she will be homeless.

Javid’s decision was immediately criticised by those who sympathised with Begum’s predicament. They said that other people who had returned from the Islamic State had been allowed back into Britain, and that his decision was therefore arbitrary; and that nationality is an inalienable human right, not a privilege. They said that she was a minor when she ran away, not fully responsible for her actions, and that she was prey to online indoctrinators who had taken advantage of her. Moreover, she deserved a chance of repentance, reform and rehabilitation.

She hardly furthered her own case with the interviews she gave in her camp in Syria. She came across as cold and egotistical. People, she said, should sympathise with her and her child; she did not regret what she had done, and made it clear she did not regard the Islamic State’s habit of beheading as wrong, let alone with horror or repugnance. She still loved her jihadi husband and hoped to be reunited with him, irrespective of his future conduct.

Her performance was a public-relations disaster. Oddly enough, though, not even her sympathisers pointed out that being in a camp in which many fanatical Islamists were interned was hardly an environment in which she could safely condemn Islamic State.

Her sympathisers, irrespective of her right to return to Britain, were obviously more outraged by Javid’s decision than by anything she had done. Their arguments were, in fact, the standard ones of liberal penology, according to which the alleged wrongdoer is more victim than victimiser and punishment ought to be indistinguishable from therapy. For them, no man (or woman), with the exception of Javid and his ilk, of course, does wrong knowingly.

For example, an article in The Guardian asks us to put ourselves in Begum’s position before we condemn her out of hand. Having made her decision at the age of 15, what was she to do? We might as well ask what a man was to do once he had joined the SS.

It is true that Begum was young (and is still young) when she made her choice, but it would be difficult to escape from the conclusion that she was attracted to Islamic State not in spite of but because of its radical intolerance, cruelty and murderousness.

Jihadi John’s activities were well known before she departed. Certain people are apt to mistake ruthless brutality for probity, and by the age of 15, brought up in London, one is old enough to know that decapitation is wrong. She and her companions were self-selecting, and many who must have had similar experiences to hers did not elect to go to Syria to join Islamic State. Only if no one is culpable was she not culpable.

“The UK is making an example of me,” she complained, thus revealing that, whatever else she may or may not have learned in Britain, she had certainly absorbed what CS Lewis called “the humanitarian theory of punishment”, according to which deterrence and making an example of people should have no part in punishment.

On the contrary, as one correspondent of The Guardian, a human rights lawyer, wrote, “the possibility of redemption is central to a humane society” and is “an undiluted cornerstone of honouring the rule of law”. Leaving aside the question of whether cornerstones can be diluted, this bilge (undiluted) is the consequence of a lack of imagination or moral courage.

Would one say that Himmler or Pol Pot should be given a chance to redeem themselves? What could any redemption weigh in the balance against what they did? In their case, redemption can only be a religious and not a temporal conception.

It is true many wrongdoers should be given a chance to redeem themselves on this earth because the wrongs that they did were of much less gravity than those whom I have just cited as irredeemable. But not to have any concept of the irredeemable, especially after the experience of the 20th century, is either stupid or completely lacking in humanity, and to regard the opportunity for temporal redemption as a human right is unlikely to deter and might even tacitly encourage committing of the irredeemable.

Neither expressions of contrition nor promises of reform are relevant to punishment because their sincerity can never be known, and their relation to future conduct is at best uncertain. People are to be punished not for what they might do in the future, which is intrinsically unknowable, but what, beyond reasonable doubt, they have done in the past.

If Begum returns to Britain on the grounds that she has a right to do so, she will also have a right to social security, housing at public expense and so forth, because everyone else has. Now, experts in the “deradicalisation” of extremists have expressed the opinion that not to allow her to return will, as they put it, “feed the IS narrative” and thereby cause more terrorism. But this could easily be almost the diametric opposite of the truth.

One part of the Islamic State “narrative” is that the West is so decadent that it has no will to defend itself vigorously. Islamists are familiar enough already with the idea of using supposed human rights to destroy real human rights. Being nice to people who have volunteered for an organisation that is, above all, dedicated to the destruction of the West is not likely to alter the impression of weakness.

I am not lawyer enough to know whether Javid’s action was legally permissible: but the only safe prediction is that, if he persists in his attempts to abrogate Begum’s citizenship, many human rights lawyers will grow even richer at taxpayers’ expense.

PrevBradford Grooming Trial: Hecklers called prosecutors ‘slags’ and ‘hoped they would be raped’
Why Trump is Destined for an Historic 2020 WinNext