From the Sunday Times and the Mail on Sunday

A filmmaker who met Shamima Begum in a Syrian refugee camp says the former-teen ISIS bride sees herself as a ‘celebrity’ after the recent media attention. Documentary maker Andrew Drury, who has travelled to Syria to speak to the 23-year-old on several occasions, said Begum is a ‘narcissist’ who ‘sees herself as a victim’.

Earlier this month the BBC sparked fury as it devoted a 10-episode podcast to the woman who is accused of sewing bombers into their suicide vests while living in ISIS-controlled territory in the Middle East. 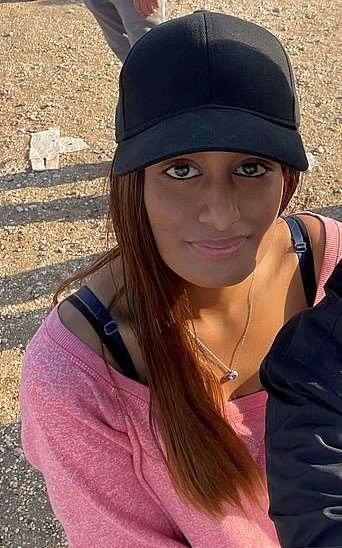 Schoolgirl; jihadi bride; detainee. For all of the column inches written and television hours devoted to her short life, it can be neatly compartmentalised. And to many, the dust of the al-Roj camp in northeast Syria where she now whiles away the days is where it should end.

But Begum is determined to begin a new chapter. As she awaits the judgment of a Special Immigration Appeals Commission hearing on the loss of her British citizenship, which will decide whether she was a willing Isis combatant or trafficked victim, those who have met her wonder whether the country is prepared for Shamima 2.0: the celebrity.

Mr Drury said he had initially been taken in by Begum when meeting her for the first time, adding that he had felt ‘sorry’ for her. However, last week he he can see through the character she is playing for the cameras.

After initially feeling sympathy towards her and believing she was a victim of trafficking, Drury now believes she is “manipulative” and has “no remorse”. He said that on one occasion she asked for a copy of Guantanamo Diary, Mohamedou Ould Slahi’s book about his detainment in the Guantanamo Bay prison for 14 years without charge.

Drury … claimed she is trying to “create a character”, pointing out that when they first met she said she did not mention a story of being “trafficked or groomed”. He added that he lost sympathy for Begum when she said she was “over” the deaths of her three children. Mr Drury said that he was ‘floored’ when she told him that the death of her three children no longer makes her sad, and that she had ‘moved on’.

…in September he said he believed Begum was a ‘manipulative personality playing the victim card in an attempt to get back to the UK’. He told the Sun at the time: ‘After extensive face-to-face meetings and a slew of bizarre text messages, I am convinced she is a bitter, twisted character with deep psychological problems.’

Whether she is let back into Britain will depend on the decision of a Special Immigration Appeals Commission, which is looking into her claims she was unfairly stripped of her citizenship.

The Home Office says Begum knew what she was walking into when she joined ISIS, but her lawyers argue she was trafficked and sexually exploited.

Her family’s lawyer, Tasnime Akunjee  told the times: ‘The court of public opinion is not part of my jurisdiction.  If she was trafficked within the terms of the Modern Slavery Act and the home secretary did not have this in mind, was the decision to strip her of her citizenship valid?’

A Home Office spokesman said: ‘The government’s priority remains maintaining the safety and security of the UK. It would be inappropriate to comment further whilst legal proceedings are ongoing.’

PrevCounter-terrorism chiefs ‘to target Muslim extremists’ after blasphemy threat to teacher who showed drawing of Prophet Muhammad to his class
‘Friendly Skies’? Interview With an Unvaccinated Pilot Suing United AirlinesNext