SHEFFIELD TERROR PLOT: The latest developments. Police officers are to continue searching the Fatima Community Centre and mosque in Burngreave

From the Sheffield Star and the Derbyshire Times

Specialist police teams are set to continue their meticulous searches of a community centre and mosque in Sheffield today after a series of counter terrorism raids were carried out across the city yesterday.

Officers have started to arrive at the Fatima community centre and mosque in Brunswick Road, Burngreave, to continue the search operation which started yesterday as part of a pre-planned counter terrorism operation. 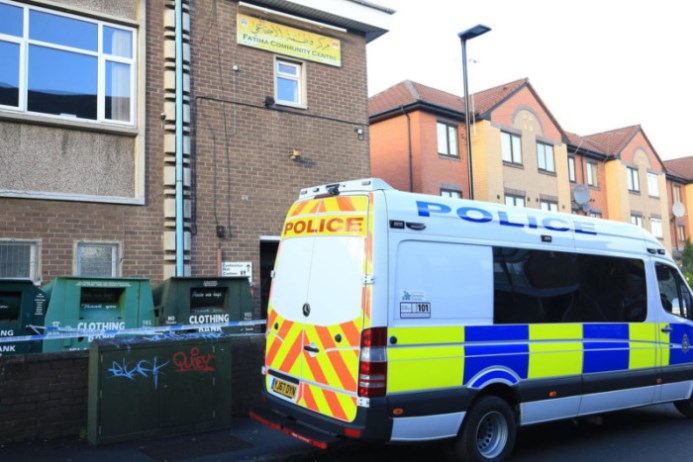 Officers raided three homes in Sheffield – one in Verdon Street, Burngreave; another in Shirebrook Road, Meersbrook and a one in Stocksbridge. They also raided the Fatima Community Centre and mosque in Brunswick Road, Burngreave.

In Chesterfield the local paper has live updates.

1.03pm CHESTERFIELD TERROR ARREST: Within the last few minutes, the bomb squad has arrived back on King Street North.

In October, the Derbyshire Times reported how the Mermaid Traditional Fish Bar on Sheffield Road in Chesterfield – which is where police are currently searching in connection with yesterday’s terror arrests – was awarded a food hygiene rating of five.

The owner said …”We are very pleased. . .We always clean the shop twice a day and when we are not serving customers we are cleaning so it is nice and tidy. Everything in the shop is up to standard. We do not expect anything less than a five.” I expect the bomb-making materials were in a separate fridge on the bottom shelf, with a dedicated  colour coded chopping board.

Security sources believe the four men were planning to bomb a Christmas market in or around London in the next few days. That could be London Bridge City, or Southbank.