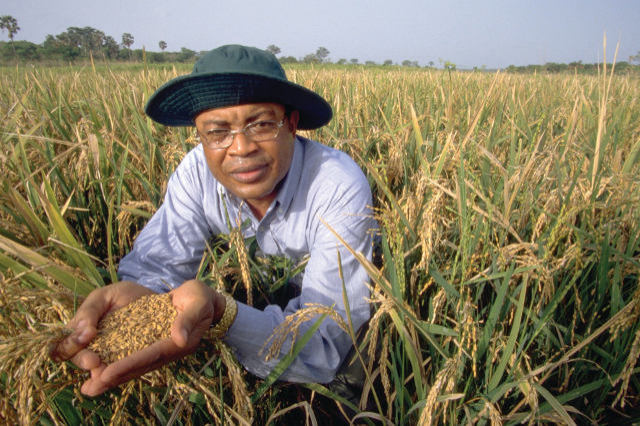 In 1976, as a young doctor, I spent a few months in what was then still Rhodesia, soon to become Zimbabwe. I read up a little on the question of land distribution and came to the utopian (and false) conclusion that a reform in which white-owned commercial farmland was redistributed to African peasants could serve the cause of justice without reducing production.

The whites were 5 percent of the population and owned half the land (the better half too). The commercial farmers among them were a small minority of a small minority. There was no doubt that at the historic root of their ownership (not very far back in time, either) was the ruthless use of force and fraud. There was also no doubt that they had turned Rhodesia into the bread-basket of the whole region.

Land expropriation, when it came, neither served justice nor preserved production. It was not the peasants who benefited from it, but the regime’s cronies. Production plunged by 90 percent and turned a country that had long been a magnet for immigration into one of mass emigration. The alternative to mass emigration was mass starvation.

The land expropriation played its part in Zimbabwe’s hyperinflation, one of the most dramatic in history (I have a hundred trillion Zimbabwean dollar banknote). Farmers, however efficient, tend to be heavily indebted, but their debts are performing so long as they produce profitably. Expropriation of their land leaves the banks holding huge unserviced debt, for the new owners, producing much less or nothing at all, have no means to service them. The only way to prevent the banks from collapsing is drastically to increase the money supply and to keep doing so.

One might have hoped that the example of Zimbabwe, with its long border with South Africa to the north and its long stream of refugees to the south, would have been sufficient warning to South Africa not to embark on any similar policy. After all, the stakes are much greater in South Africa than they were in Zimbabwe. The population is many times larger than Zimbabwe’s, and moreover is vastly more urbanised, so that any last resort to subsistence farming is impossible. There is no south for the population to flee to. South Africa’s is already a much more violent society than Zimbabwe’s ever was, with more severe social problems. A major catastrophe could easily ensue.

A fifth of white land in South Africa has already been transferred on the basis of willing seller, willing buyer. This, of course, begs two important questions: why were the sellers willing to sell when they had been settled for so long, and have the persons to whom the transfers were made maintained former levels of production? In all probability, the sellers were willing because the longer-term prospects for them in South Africa are dim; many white farmers have been murdered and the political rhetoric towards them has long been of a threatening kind which sooner or later would have to be acted on if the rhetoricians were not to lose face and be discredited. As to the question of productivity, the data are not yet sufficient to decide it: but personally I should be surprised if productivity were not changed for the worse. Large-scale commercial farming is not something that is learned in the twinkling of an eye.

Commercial farms in South Africa, like those that formerly existed in Zimbabwe, are heavily indebted to the banks. For the moment, the debts are performing; but if the farms were expropriated without compensation, as is currently threatened, the state, or to whomever the state passed on the farms, would be taking on the liabilities as well as the assets. State farming does not have a very good record anywhere in the world, to put it mildly; and it is unlikely that people could be found to continue farming the land profitably. Thus, either the banks would be obliged to write off enormous debts, with the consequent possibility of collapse, or a Zimbabwean-type inflation would have to come to their rescue. And this is without mention of the severe food shortages that would almost certainly occur in the wake of such expropriation. To quote Marx, the expropriators (that is to say, the commercial farmers) are expropriated. The problem is that those in whose name the expropriations take place starve to death afterwards. They might experience a brief moment of gratification at the revenge taken on the farmers for having been the descendants of oppressors, but they will have decades of suffering subsequently to pay for it.

The very possibility of expropriation without compensation, even if not acted upon, will have a devastating effect on production, for who will invest if it is only to be expropriated later? That is one of the reasons why security of property is so important, and the South African parliament has shown that it does not understand this. The spectre of expropriation will encourage more commercial farmers to leave and they will not easily be persuaded to return. You can break an egg only once.

Expropriation without compensation is so obviously a bad idea that the wonder is that it has been voted as a possibility, all the more so as there is the recent experience of South Africa’s northern neighbour to draw upon.

Mere stupidity does not account for the proposal, however. The President of South Africa, Cyril Ramaphosa, is certainly not stupid. An explanation has to be sought elsewhere: and, as usual, it is to be found in sectional interest.

I happened to be in South Africa at the time of the unbanning of the African National Congress, which would obviously form the next government. I met some prominent members of the party, and I had a very strong impression that they were positioning themselves much as the Russian oligarchs – former apparatchiks – positioned themselves. Gone was the ANC’s belief in a command economy (it could no longer count on Soviet economic support as it once had). Now it was more a question of the division of the spoils in a corporatist state. The ANC leadership had learned a lot from the Afrikaner nationalists whom they were about to replace and they would set about disproportionate self-enrichment under cover of the rhetoric of dramatic change after an oppressive past.

The ANC’s flagging popularity as the dramatic change for the better, except for the elite in South Africa, has failed to materialise requires (as it required in Zimbabwe) a revivification of the party. There is now no realistic possibility or likelihood of rapid change for the better for most of the population; the task is to ensure the continued loyalty of the political class. There is no better way of doing this than by arrogating huge powers of patronage, both to confer and to confiscate property. Again, this can all be done under cover of the rhetoric of resentment; and the policy will be disastrous only if its aim is the betterment of the lot of the population. If its aim is the consolidation of power, at least for a time, it makes perfect sense.

The abstract question of the primacy of politics or politics still agitates the minds of intellectuals. They probably cannot ever be entirely separated; but at least in this instance, politics comes first.