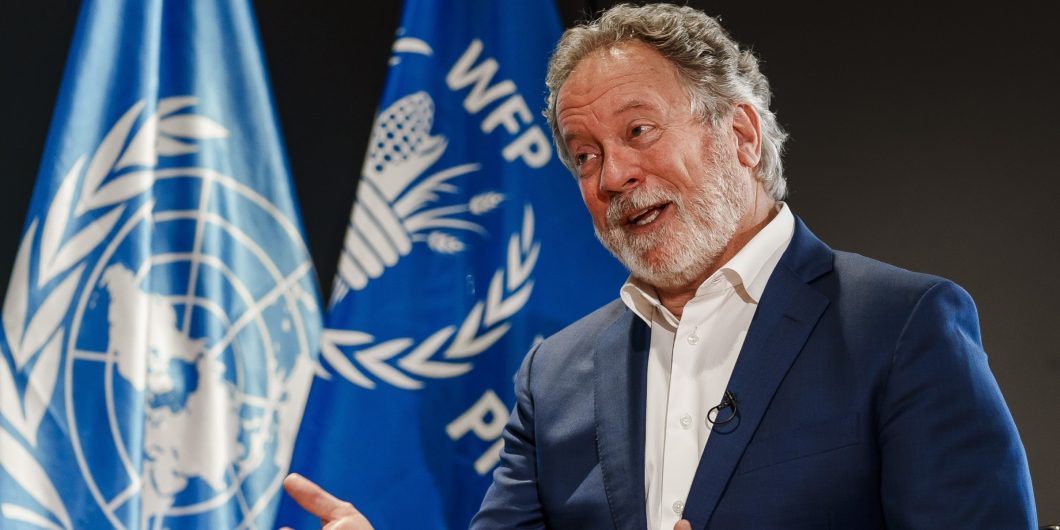 According to David Beasley, director of the World Food Programme, 42 million people are going to die of hunger “if we don’t reach them” with $6 billion of Elon Musk’s fortune that he challenged the billionaire to donate. “It’s not complicated,” said Mr Beasley.

Not complicated to reach 42 million people? I find it quite complicated to reach someone in my bank, let alone 42 million people, and my efforts are not always successful. There is obviously a kind of person who believes that when you pull an economic lever from on high, the result is precisely what you expect and want. Such people must live in a world without unintended consequences, in which human beings are vectors of forces whose trajectories can be calculated in advance and then shifted in precisely the direction desired. Such people suffer from what might be called the technocratic delusion.

To begin with, the figure of 42 million sounds suspiciously exact. How was it derived and why is it not 40 or 44 million? False exactitude is as bad as any other kind of error and is often indicative of a kind of arrogance. $143 per head doesn’t sound very much to me in any case, even on the preposterous assumption that none of it will be expended on administrative costs or lost to corrupt officialdom, or that no honest but serious mistakes will be made in its disbursement. No doubt private charity is, or at any rate can be, less inefficient than governmental aid, but examination of the accounts of large charities such as Oxfam suggests that wastage and rent-seeking by staff are endemic in them, indeed that such organizations attract rent-seekers. The British Empire was once described as outdoor relief (that is to say, old-fashioned social security) for the younger sons of the aristocracy, and the aid sector often seems to me like the way in which educated young people can see the world, have tax-free salaries, and feel they are doing good at the same time. They are serial false messiahs, who go from one terrible situation to another and become addicted to the excitement of it all.

What is the cause of famine? Apart from short-term catastrophes, where immediate relief is clearly life-saving, long-term starvation usually has remediable political causes (remediable, that is, in the abstract, not necessarily in practice). These causes may actually be worsened by assistance from outside, insofar as they reinforce the very policies that made such assistance supposedly necessary in the first place.

Mr. Beasley tells us that, whatever else the $6 billion might do, it will (not even might, he emphasises the word will) prevent global political instability and mass migration. This is the most abject nonsense. Is the emerging conflict between China and the USA caused by hunger? The Palestinians may be miserable, but they are not starving. There is the distinct possibility of a recrudescence of conflict in Northern Ireland, where the main nutritional problem, quite a severe one, is obesity. (So great is the prevalence of obesity in Britain that it has given rise to something called the obesity industry.) It is unnecessary to enumerate all the continuing or potential conflicts in the world that have nothing whatever to do with starvation. A man who thinks that reducing starvation in remote parts of the world will somehow prevent global insecurity has an understanding of history and human nature that staggers by its naivety.

It is not even true that hunger to the point of starvation is a necessary or a sufficient cause of mass migration, and therefore alleviating it (which, of course, would be an unequivocal good) will have any discernible effect on mass migration, at least that which is now worrying the United States, the European Union, and Britain.

The Latin Americans who are trooping into the United States in unprecedented numbers are not rich, no doubt, but they are not starving. They are fleeing criminality at home in the hope of a better existence in the US. The thousands of people amassing in Belarus flew from the Middle East and likewise are not starving. The migrants who cross the English Channel to reach Britain are not emaciated when they arrive. Indeed, they are not even the poorest of the poor in their own poor countries, for they have often paid considerable sums to people-smugglers to assist them in their migration.

Increasing prosperity in Africa is as likely to increase migratory pressure as to decrease it, therefore, as more people are able to pay people-smugglers, at least until Africa and Europe become more equal economically. But only Pollyanna would then expect global stability to result when that happens.

That Mr. Musk should give some of his immense wealth away is well and good, if it does not go to waste. But let us not talk bilge.