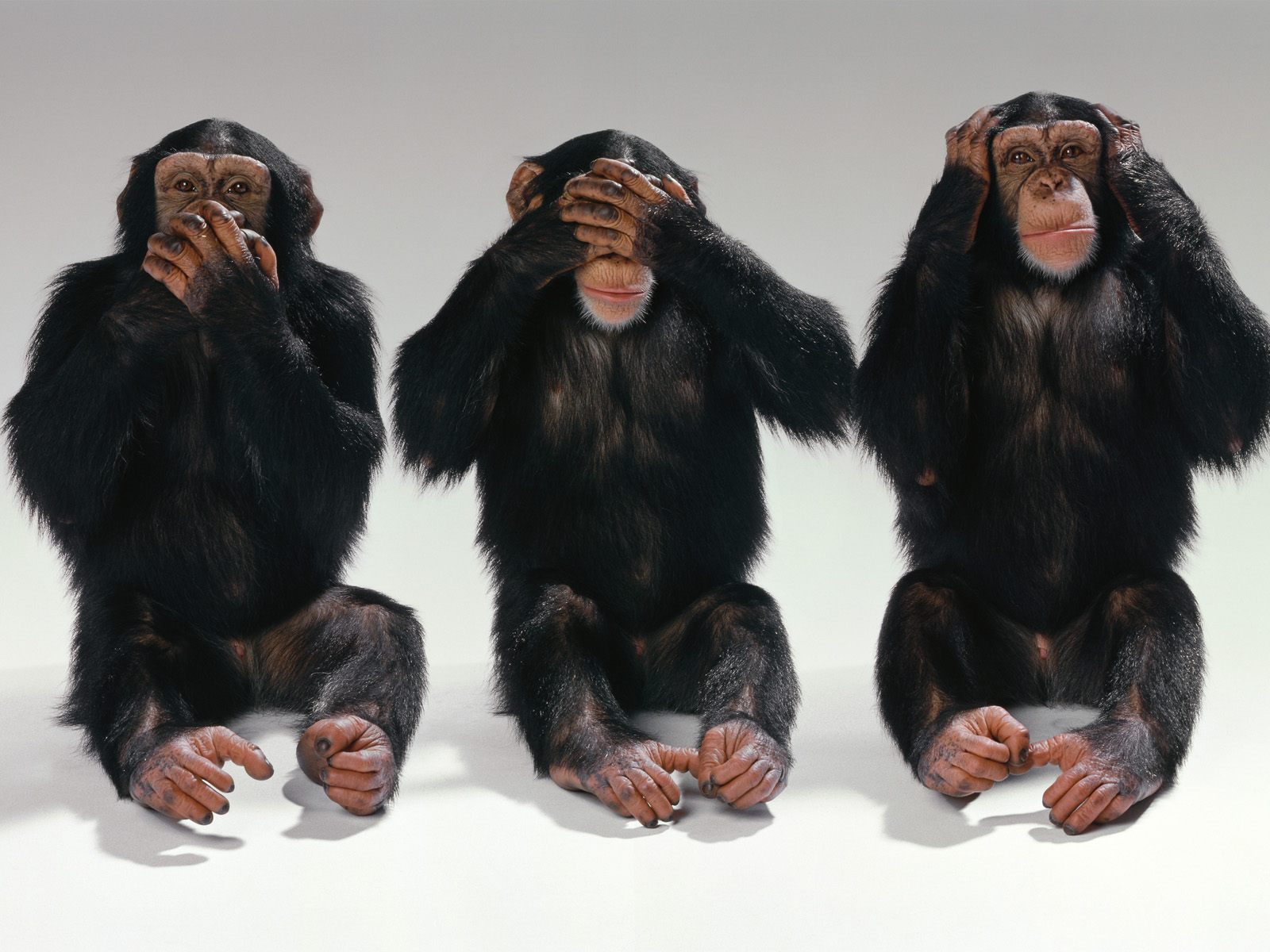 The 2500 year-old Chinese code of conduct handed down from Confucius includes the advice to three monkeys: see no evil, hear no evil, speak no evil. Amazingly, this counsel has sometimes been misapplied in cases of Islamist terrorism in European countries.

This obtuseness may be ended with the terrorist attack in London on March 22, 2017 when a man sometimes known as Khalid Masood killed four people, including a police officer, and injured 40 others using a rented Hyundai car to plow into pedestrians near Westminster Bridge and stabbing the policeman outside the Houses of Parliament. Masood chose one of Britain’s most well-known and iconic buildings, indeed one of the most popular sites in the world for tourists who believe as Wordsworth did that earth has not anything to show more fair.

The London attacker Masood, killed by police, was a 52 year old man, born in England to a 17 year old single white mother and a not recorded black father. Though he had a middle class upbringing in affluent towns in Southern England, went to good schools, and became father of three, he turned violent and criminal. From the age of 18 and between 1983 and 2003 he was convicted and imprisoned for a number of violent crimes and weapons possessions, and had converted to Islam at some point while in prison.

Masood used various aliases during his life, had been investigated by MI5, but was considered a “peripheral figure,” not immediately dangerous. He has made several trips to Saudi Arabia, to where he moved in 2005 purportedly to teach English for four years, though he was not an officially accredited teacher in Britain.

His allegiance to the Islamist cause is evident. The crucial issue being investigated is whether he was a “lone wolf” operator, acting alone, or was he part of a larger plot, encouraged, supported, and directed by others. Though much discussed, the concept of a “lone wolf” operation is highly questionable, since there always seems to contact with Islamic activists.

Within a day of the attack ISIS claimed he was one of the “soldiers” for the Islamic State. The validity of this remains open, but British authorities so far have found two items that suggest complicity. One are messages in Telegram encryptions with lists of proposed victims, politicians, Jewish schools, pubs, and clubs. One of them referred to a fireball around Big Ben in Westminster. Masood used Whatsapp messaging service just before smashing his Hyundai car into the railings at Parliament.

The other item is that Masood is believed to have had links to both the banned Al-Muhajiroun group and to a notorious extremist mosque in East London. According to police reports, 23 of the 51 terrorist plots foiled by police are traced to this AM group. Masood also attended the mosque, based on extreme Wahhabism, that was frequented by Anjem Choudary, leader of AM and spokesman for Islam4UK, who has been in jail since September 2016 for organizing support for ISIS.

It is pertinent to consider the relevance of the three Chinese monkeys to the London terrorism. It may have been true a century ago that, as a new book The Islamic Enlightenment by Christopher de Bellaigue holds, that some intellectual Muslims reacted to European influence in the19th century in benign fashion, embracing various aspects of western thought and technology, transport and communications. Nevertheless, in spite of the activity of progressive Muslims, at best this is only part of the story of the differences, if not always the war, between the crescent and the cross.

No sensible person would argue for hatred of all Muslims, or condemn the religion of Islam. But equally no one should excuse Muslims for violence and terrorism against others. More pertinent and meaningful for the present is the perversion of Islam by Islamist convictions: living under the rule of Allah according to the Koran, forcing people to live under Sharia law, and striking terror into the enemies of Allah. The injunction is to pursue liberation through Jihad, whether it is defined in moderate fashion as personal moral struggle, or as obligation to conduct militancy against non-believers.

Attacks on Western targets are therefore to be expected as Sadiq Khan, London’s first Muslim mayor, and indeed the first Muslim to head the capital of a major western country, is quoted as having said in 2016. Since his remarks after a terrorist attack in New York were misunderstood or misinterpreted by Donald Trump Jr in a tweet on March 22 it is useful to quote them: “Part and parcel of living in a great global city is you’ve got to be prepared for these things. You’ve got to be vigilant.”

Trump Jr had tweeted, “You have to be kidding me? Terror attacks are part of living in big city says London’s Mayor Sadiq Khan.” Many in British politics criticized Trump Jr. and defended the mayor, insisting that his Muslim identity would not be a factor in his response to the terrorism. Lord Jones, Digby Jones, businessman, resident of Birmingham, and former government minister of trade and investment, 2007-8, said the fact that the Mayor is a Muslim is utterly and completely irrelevant.

Trump Jr was unfairly criticized for condemning the Mayor. The Mayor’s statement to a degree was insensitive. The Director of MI5 said the UK had foiled 12 attempted terrorist attacks since June 2013. But the county has suffered from previous successful attacks. The 25 year-old fusilier Lee Rigby was brutally murdered on May 22, 2013 by two Islamist extremists in Woolwich, London using a car and a knife. Former Prime Minister David Cameron in 2014 told fellow citizens they faced the greatest and deepest threat in the country’s history. Even accepting that the Islamic terrorists may be misfits, thieves, drug abusers and violent criminals, there is still concern that insufficient lessons have been learned from the Rigby case about the radicalization that drives people to commit violent acts.

It is not coincidental that Masood had connections in Birmingham, Britain’s second largest city with a distinguished history but more recently the locale of extreme Islamic activity, violent and nonviolent. now with a mixed population, as well as a reputation as a breeding ground for British born terrorist suicide bombers. In addition, at least 30% of Birmingham’s population were not born in the UK, coming mostly from Kashmir, the center of the territorial dispute between India and Pakistan. The city has 22 mosques and a virtual segregated ghetto marked by a high crime rate and unemployment, and which contains a number of suspected potential jihadists.

Birmingham is already controversial for the “Trojan Horse” event in November 2013 when allegations were made and two reports that differed on the extent of extremism in Birmingham schools and whether a number of the schools had been taken over to be run on strictly Islamic principles, and the imposition of an Islamist intolerant and aggressive agenda.

Some children were forced to take part in Muslim worship. Among other facts, a four year-old Catholic girl was pressured to wear an Islamic veil in class. Even some of the governors of the schools, instead of displaying integrity, honesty and objectivity, took part in bullying and harassment of teachers. Critics of the council were accused of tolerating extremism in the schools out of political expediency because most Muslims vote for the Labour Party, or because the governors feared they might be accused of being racist or Islamophobic.

London has experienced the same horror as have other countries with cars being used as weapons against innocent pedestrians and the use of knives to kill people. This has been the scenario on October 20, 2014 in Quebec, July 14, 2016, in Nice, in Brussels, Berlin, and in Israel on many occasions.

Control and ending this terrorist activity should be a high priority for politicians in the democratic countries who are not Chinese monkeys. These countries, like authorities in London, are becoming ready to respond to attacks, afford special protection to tourist and more general spots, create barriers to prevent attacks by cars, and have an enhanced presence in the streets. All this is desirable but even more important is the determination to deal with Radical Islam, the source of the terrorism. It is not racist to exercise wisdom and courage in dealing with the enemies of civilization.