The American melody lingers on 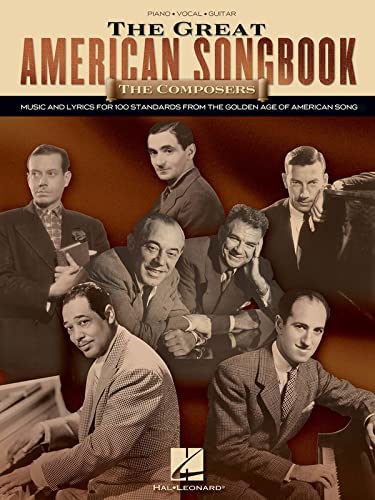 In recent weeks three events have evoked memories of an epochal period in American culture. One was the publication of the outspoken memoirs of Mary Rodgers who died in 2014, aged 83.  She was a songwriter, television producer, writer of children’s books, producer of a theatrical success, Once Upon a Mattress. But she was most familiar as the daughter of Richard Rodgers, the outstanding composer.  On July 16, 2022, Mary Ellin Barrett died, the daughter of Irving Berlin, composer of White Christmas, Easter Parade and over 1,500 other songs. A third, unconnected event, was the reissuing on TV screening of the 1946 film, The Jolson Story, the musical biography which purports to tell the story of the Jewish boy, born in a village in 1886 in Russia, an area now Lithuania, who spoke of himself as the world’s greatest entertainer. Collectively, the three events recall a significant era in American history, the era of The Great American Songbook.

Countries throughout the world can be identified by musical stereotypes, the tango in Argentina, samba in Brazil,  mambo in Cuba, waltz in Germany and central Europe, stepdance in Ireland, foxtrot in Britain While many define jazz as the major contribution to musical history, the Great  American Songbook,  the loosely defined list of  significant jazz standards,  popular songs, show tunes, composed  between  the 1920s and the 1950s  for Broadway,  musical   theater,  Hollywood, and West 28th Street New York,  tin pan alley is known worldwide. This remarkable era lasted until the advent of rock’n’roll in the 1950s and 1960s, and subsequent cultural trends, taking their turn, mods, rockers, hippies, disco, new wave, novelty numbers. Yet, the impact of the Songbook has not disappeared, as shown in recent years by performers such as Joni Mitchell, Ringo Starr, Carly Simon, Rufus Wainwright, and Paul McCartney, in their versions of a cultural tribute.

In its classic 40-year period the songbook, essentially the hundreds of the thousands of compositions that survived, was kept alive, in different ways of interpretation, by big swing bands, small combos, singers and crooners. The music varied, in themes and styles, but different from earlier popular compositions by its marked musical sophistication and its witty lyrics with ingenious rhyming.  The music was pentatonic and often in minor keys. Whether played in Tokyo, Moscow or London, it was recognized as America singing, from God Bless America, to Alexander’s Ragtime Time Band.

The songbook flourished because arrangers, and performers contributed to the genre: Frank Sinatra, Ella Fitzgerald, Bing Crosby, Fred Astaire, Billie Holiday, Nat King Cole, Al Jolson. The melody lingers on. What is interesting is that a later generation, Willie Nelson, Michael Feinstein, Diana Kraal have continued to perpetuate the genre.

The Songbook reflects the diversity, the nature and changes in American society. Some generalizations are pertinent. Any ranking list of the most gifted composers and their songs would be arbitrary, but there is general consensus on those considered most important as a result of the number and quality of their output:  Irving Berlin, Jerome Kern, George Gershwin, Rodgers-Hart, Harold Arlen (Hyman Arluck), with the outsider being Cole Porter.

Some had relatively short lives: Gershwin died at 38, Kern at 60. What is remarkable is that five of the six were of Jewish origin. Some were born and came from abroad or were from recent immigrant families who changed their names. Richard Rodgers was born in New York in a family of Russian Jews named Rodazinsky. George Gershwin, born 1898 in Brooklyn, originally named Jacob Dershowitz, was of Ukrainian ancestry. Irving Berlin was born Israel Beilin in 1888 in Tolochin, a town in the Russian empire. Jolson was born in in 1886 in a village in a section of Russia, which is now Lithuania. In contrast, the non-Jewish composers came from different sections of the U.S.: Cole Porter from the wealthiest family in Peru, Indiana;  Hoagy Carmichael from Bloomington, Indiana; Jimmy van Heusen from Syracuse; and Harry Warren (Salvatore Guaragua) from Brooklyn.

The Jewish composers, most of whom were not observant and who assimilated and adopted a secular, life-style, nevertheless, were influenced by synagogue and domestic chants. Harold Arlen began singing in his father’s synagogue choir. Gershwin’s It Ain’t Necessarily So is similar to if not directly derived from the benediction over the Torah with its minor key and bent notes. Influenced by Gershwin, Cole Porter, an Episcopalian, introduced minor key melodies in Night and Day, and Begin the Beguine.

The emergence of these composers is surprising when one considers that they were mostly musically untutored. Gershwin left school at 15 to become a New York City song plugger, and was worked in his early years in order to make money, for a company that produced player piano rolls. Gershwin is known to have recorded 140 rolls, some of which were his own work.

The story is telling. Wanting to improve his orchestral skill Gershwin approached Maurice Ravel for lessons. He was rebuffed by Ravel. “Why become a second-rate Ravel when you’re already a first rate Gershwin.” He showed his originality. He was one of the first major composed to introduce jazz rhythms in his songs, particularly evident in Rhapsody in Blue and included, in his orchestral composition, American in Paris, four automobile horns to create the sound of traffic noise.

It is amazing that Berlin, who could not read sheet music, who could only play the piano in the key of F sharp, and who had begun life as a singing waiter, composed over 150 songs, and scores for 20 Broadway shows and 15 films. Berlin was generously heralded by Gershwin as the “greatest songwriter that has ever lived.” Similarly, Kern remarked that “Berlin had no place in American music; he was American music.“ Berlin may have written a number of simple, direct, uncomplicated  songs, but after beginning with ragtime pieces, he wrote lyrical ballads, starting with A Pretty Girl like a Melody in 1919, Blue Skies in 1926, and God bless America.

These composers were prolific. Rodgers scored 43 Broadway musicals and wrote 900 songs now regarded as standards, He changed partners writing a series of musicals including Pal Joey, and Babes in Arms with Lorenz Hart. He then collaborated with Oscar Hammerstein II, in musicals like Oklahoma, South Pacific, and The King and I. The latter, though more sentimental, are often said to differ from the earlier musicals with more complex plots and more developed characterization. However, that judgement is not altogether accurate when one thinks of the plot and intense characters in Pal Joey.  Arlen wrote over 500 songs, including Over the Rainbow.

They assimilated different aspects of American society and culture.  Gershwin’s Swanee 1919 incorporated a white version of Southern culture, becoming, as a result of Jolson’s performance, an immediate success. Though some American Black audiences at first thought that Gershwin’s Porgy and Bess was condescending with stereotyped Black characters and appropriation of Black musical forms, it is now recognized that the music of songs like Summertime, It Ain’t Neccessarily So, and I Got Plenty of Nothin’ is American music.

The U.S. Supreme Court has insisted on diversity in public life. The Song Book, terse, witty, occasionally expressing self-pity, is lllustrative of this range with the variety of geographical allusions, degrees of human mood, feelings of optimism or pessimism, depth of affection, and solutions to the problems that never can be solved: You may not be an Angel, but you’re the most beautiful girl in the world. What is preferable Alone Together or being part of Easter Parade, April in Paris or Autumn in New York. Are you content with the Blue Moon, or do you wish for Beyond the Blue Horizon. Here’s that Rainy Day, but Happy Days are on the way.

No doubt some of the lyrics are banal, but many others aspire to poetic level—”And now the purple dusk of twilight time steals across the meadows of my heart.”  Or, “you are the promised breath of springtime that makes the lonely winter seem long.”   With the Songbook’s remarkable breadth and scope coupled with its singablity for all ages, classes, and eras, there is no need to “change one’s plan.”