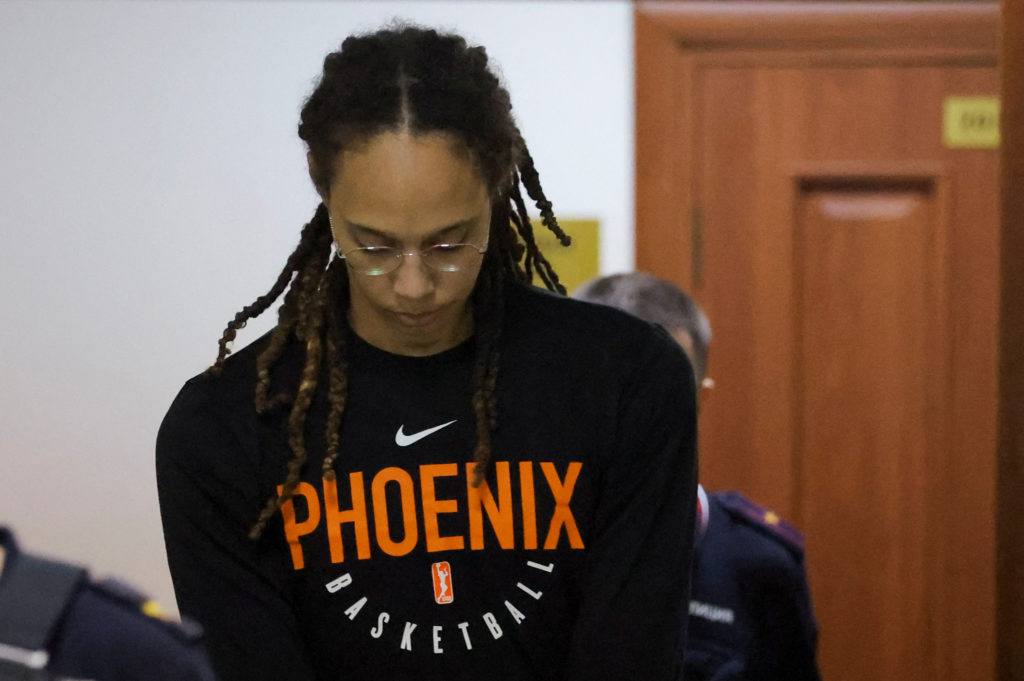 I don’t follow women’s basketball, so I had never heard of Brittney Griner before she was arrested at Moscow airport in February, found to be in possession of a small amount of hash oil in her luggage. This week, she stands convicted (she pleaded guilty) and has been sentenced to nine years in prison. As a retired DEA agent, I have several thoughts on Griner and her situation.

Having served overseas twice with DEA (Thailand and Italy), I know that penalties for drug offenses are handled differently from country to country. Thailand was a prime example when I was there in the 1970s. At the time, the country was a major source of pure, white heroin that was smuggled into the US, as well as brown smoking heroin principally smuggled to Europe. Always beset by corruption, Thailand was eager to prove to the outside world that it was serious in the War on Drugs. That meant draconian prison sentences for those caught trafficking large quantities of heroin for commercial sale or smuggling out of the kingdom. Couriers (generally foreigners) caught leaving Bangkok airport would routinely receive decades in Thai prisons, and certain major Thai or Chinese traffickers even got the death sentence.

With that as a backdrop, let’s get back to Griner. Under US law, she would not have suffered anywhere near the nine years she has received in Russia. However, it was Russia where she was arrested, and local law applies. What could the US Embassy do for her? They are limited. Under international treaties, they are entitled to visit her, provide her a list of local attorneys, and insist that she receive no harsher treatment than Russian prisoners. Of course, any inhuman treatment, such as torture or beatings would merit diplomatic protests, but the bottom line is that our government is in no position to force her release or insist that her sentence conforms to our own laws on drug possession.

In other words, Griner should have considered all this before bringing drugs in any form into Russia or any other country.

It doesn’t help Griner that she chose the wrong time to get arrested. Russia is involved in the invasion of Ukraine and has earned the condemnation of most of the world in the process. There are a myriad of diplomatic complications swirling around her.

And as far as sympathy from the US, it doesn’t help Griner that she has been one of those professional athletes who has chosen to disrespect her country and her National Anthem. Now she is pleading for her country to come to her rescue. Frankly, a lot of Americans don’t give a hoot what happens to her.

In that respect, I have to differ. While I am no fan of Griner, as a former drug agent, I respect the difference between simple drug possession and being a drug trafficker. It appears that Griner falls in the former category. Thus, I agree that nine years is excessive punishment.

The other factor is the pressure on the Biden administration to try and affect her release in some manner. Today, Russia has announced that it is open to the idea of a prisoner exchange. Another complicating factor is that the public is speculating that the Russians want a major Russian arms trafficker, the so-called “merchant of death,” Viktor Bout, in return. Ironically, Bout was arrested in 2008 in Bangkok while negotiating an arms transaction with undercover DEA agents. He was subsequently extradited to the US and sentenced to 25 years in prison. The US is also trying to secure the release of another American jailed in Russia, Paul Whelan, accused of spying in 2018. Needless to say, if the US releases Bout in exchange for Griner (and Whelan), there will be much criticism for what will be considered a lopsided trade considering Bout’s significance as a major arms dealer. Since DEA agents risked their lives to take Bout down, I would hope that some other lesser Russian prisoner would be in the deal rather than Bout. That’s probably wishful thinking.

Prisoner exchanges are usually messy affairs, and this one likely will be no exception. I anticipate that Griner (and hopefully, Whelan as well) will be swapped for Bout. Hopefully, there will be no “secret protocols” (referring back to the infamous Molotov-Ribbentrop agreement of 1939) by which Biden will make further concessions to Russia, for example, vis-a-vis Russian energy or our support for Ukraine.

Finally, if Griner’s release is finally realized, I would hope that she reconsiders her attitude toward her country and our National Anthem. She has put our country and our government in a very difficult diplomatic situation. If and when she lands back on American soil, I would also hope she kisses the ground.