The Costs of Preparedness 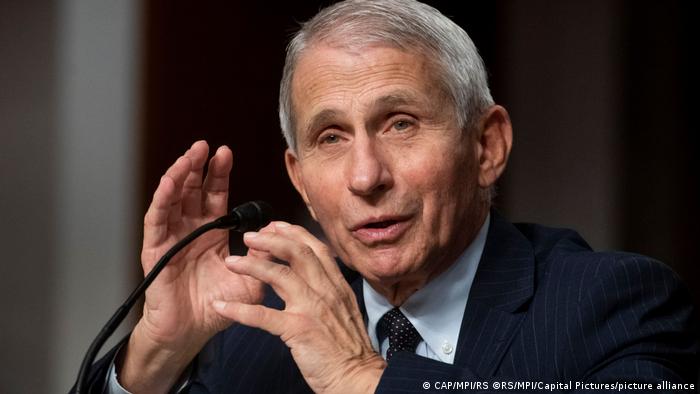 Professor Rogers raises several interesting questions in his essay. The first is that of preparedness. He says quite rightly that a pandemic similar to that of Covid-19 had been firmly predicted for decades: but therein lies something of a problem.

There is a cost of long preparedness for something that does not happen; preparedness is expensive, and we are governed by politicians who are sensitive to criticism of waste and think in terms of election cycles.

In France, in 2004, the then Minister of Health predicted an epidemic of a flu-like illness and formulated a plan that included the closure of borders, limitations on movement, a ban on crowd gatherings, social distancing, and the use of high-quality masks.

By the time of the H1N1 influenza epidemic of 2009, France was well-prepared, at least in the matter of masks: billions of them had been bought. But the epidemic never materialised, and the government auditors criticised the then Minister of Health, and the press ridiculed her, for having wasted so much money. The lesson was learned: unfortunately, in the event, the wrong one. No subsequent minister dared to re-order the time-expired masks.

In the meantime, France, like most European countries, had ceased to be able to manufacture masks, having become completely dependent in this respect on China. The episode demonstrated that strategic considerations as well as narrow economic ones (for example, the cheapest source of masks) would from now on have to be taken into account in policy-making. The temptation on strategic grounds to protection of inefficient industries will be considerable in the post-Covid world.

Professor Rogers attributes western governments’ panic or over-reaction to the pandemic to their unpreparedness, and no doubt this is partly, or in large part, correct: but there is also another dimension, namely a cultural shift in the population (which governments, being elected, have to take into account) with regard to acceptable risk, which is fast approaching zero. If I may take a single example: some time ago, in a train station in Sydney, Australia, I counted six warnings about the various supposed dangers of taking an escalator down to the platform. A society in which so commonplace an activity comes with so many warnings is a very cautious one, to say the least. In such circumstances, the default position for governments will always be to do too much rather than to do nothing or too little, and the most draconian measures will always seem more ‘prudent’ than the less.

It was true that the United States, because of the size of its territory and the multiplicity of its jurisdictions, was in a unique position to carry out experiments as to the best way of dealing with the pandemic. But the interpretation of the results was bound to be difficult because of the huge number of variables that might have affected the results.

Professor Rogers alludes to the tunnel vision of public health experts, again no doubt correctly. To an epidemiologist, all that counts is illness. Political oversight of the recommendations experts is necessary, which is obviously true, but it is also obviously inevitable, since public health experts do not agree among or between themselves, and so politicians are obliged to choose, whether they want to or not, or whether they do so in full consciousness or not. Science is not doctrine from which policy emerges by spontaneous generation.

The various, generally very similar, policies pursued by governments in the west illustrate once again Frédéric Bastiat’s distinction between the seen and the unseen. It is relatively easy to measure the number of deaths caused directly by Covid-19 (though there are complications even here), but it is far harder to measure the health consequences of the measures taken to combat it. The deaths from Covid-19 are immediate and apparent; those caused by, for example, delayed medical treatment or the so-called diseases of despair will appear only later and will remain controversial as to causation. Thus, in an epidemic such as that of Covid-19, it is understandable, if not necessarily desirable, that tunnel vision, not only that of the public health experts, should prevail.

Ideally, as Professor Rogers suggests, a government should take its electorate into its confidence about its own ignorance. This is the counsel of perfection rather than of any real likelihood. A government that said it wanted everyone to make sacrifices but said it could not be sure whether or not they were justified would not willingly be obeyed. When you are imposing things on millions, it is best to know, or at least appear to know, what you are talking about. Unfortunately, when you pretend to believe in something long enough, such as your own omniscience, you come to believe in its truth.

Professor Rogers points out that people who refuse vaccination are not necessarily being irrational. In the Humean sense that no statement of value can be derived from a statement of fact, he is no doubt right. The situation is complicated further by the fact that the ratio of personal benefit to personal risk from vaccination changes according to age group and is very much higher the older the age group. There is no point at which refusal is absolutely and indubitably irrational.

This is a common problem in medicine, especially when people are treated not for symptomatic illness but because they have risk factors—say high blood pressure—which might one day, perhaps many years later, result in symptomatic and severe illness. My guess is that not one in a hundred persons taking medicine for high blood pressure understands the likelihood that the medication they take will do them no good or grasps the statistical reasoning on which it has been prescribed.

Be that as it may, I also doubt whether most of those who refuse vaccination do so on rational statistical grounds, though there may be a proportion who do. Surveys show that conspiracy theories are rife among those groups who refuse vaccination, and the certainty with which these theories are held bears no relationship to the strength of the evidence on which they are based, or ought to be based if they were to be in any sense rational. No doubt every effort ought to be made to understand the irrational fears of those who refuse vaccination, but this does not entail accepting their rationality. In fact, there is reason to think that irrational fears are on the decline.

It is worth mentioning that, for reasons that I do not fully comprehend, immunisation has long been one of the medical procedures that has aroused the most popular antagonism. The history of opposition to immunisation is long and interesting. Before the Covid-19 vaccines started putting microchips into people at the behest of Bill Gates and George Soros, the measles, mumps, and rubella vaccine was turning children autistic, and there are still people who believe this despite conclusive evidence of the fraudulent basis upon which the theory was based and the failure to find any statistical link despite rigorous search.

PrevSondheim: All the Things He Was
Literary Scholars Who Object to Literature Being True to LifeNext