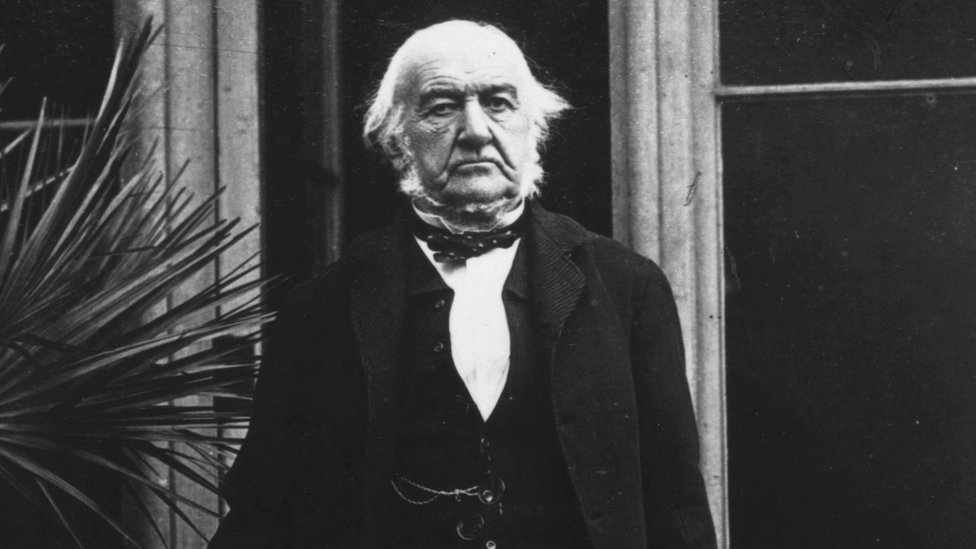 Public shaming, the use of stocks, tarring, feathering, corporeal punishment, of those who exemplify, hold or share the “wrong” opinions, has throughout history been the penalty exercised by those who are intolerant of opposing views and who have the assurance of moral certainty. Cancel culture continues to take its toll of individuals and institutions whose behavior is regarded as offensive because of their actions, remarks, or ideologies. Modern celebrities, author J. K. Rowling, show host Ellen DeGeneres, Dr. Seuss, have all been subjected to a false microscope of political correctness.

A modern form of banishment, and finding a difficulty for every solution, is becoming familiar in the academic, intellectual, and religious worlds. Some in those worlds suffer from an incurable disease of infallibility.

The name of William Gladstone has been removed from one of its accommodation blocks by the Liverpool Guild of Students, and is being replaced with that of Dorothy Kuya. The students who campaigned, following BLM protests in the city in response to the death of George Floyd, and the consequent toppling of Edward Colston in Bristol, merchant involved in the Atlantic slave trade, wanted to change the name of  the building to one that celebrates black culture and history. For the students, Gladstone was accused of ties to the slave trade ostensibly for two reasons: Gladstone early in his career had spoken in Parliament against the abolition of slavery though he soon changed his mind; and his father had owned 2,500 slaves in plantations, though his son did not, and obtained a considerable sum of compensation when slavery was abolished.

Dorothy Kuya, born and raised in Liverpool, whose father came from Sierra Leone and who had a white mother, was a teacher, a left-wing agitator, anti-racism campaigner, long serving Communist Party activist, co-founder of Teachers against Racism, who died aged 81 in 2013.  She was Liverpool’s first community relations officer, set up Liverpool’s International Slavery Museum in 2007, and was an advocate of a “more inclusive and diverse university campus.”

William Gladstone, also born in Liverpool, is a more familiar figure. Known as the GOM, Grand Old Man, or “The People’s William,” he was prime minister for 12 years spread over four times until age 84. In his long, extraordinary career he was a great orator, advocate of equality of opportunity, opponent of trade protectionism, proponent of Home Rule for Ireland, but also had wide literary and cultural interests outside politics. His library at his home at Hawarden, Flintshire, has more than 250,000 printed items. Gladstone was the first modern Chancellor of the Exchequer, the organizer of the British impartial civil service, the innovator of large campaign rallies.

Gladstone was anti-imperialist, supporting independence movements in Italy, Greece, Balkans, and Home Rule for Ireland. Interestingly, he became more radical over time. He was opposed to militarism and to increases in defense expenditure. An advocate of parliament democracy, if sanctimonious and long winded in his interminable orations, he extended the suffrage in 1884.

Gladstone was educated at Eton and Oxford. He would have admired the system of Rhodes Scholarships  which for 120 years have symbolized excellence through global  fellowship programs which enable exceptional  outstanding students from around the world to full time study, all expenses paid,  at Oxford University. .

Today, 21 of the 32 present scholars are students of color, mostly interested in issues of diversity, and racism, rather than, as originally intended, universal values or education for a civilizing mission.   The Rhodes Trust now wants to overcome the racist and sexist past of the scholarship system.  The objective now is radical inclusion. The Rhodes scholarships will focus on selecting people who will fight the world’s fights, and change the world for good. The trust leaves aside the highly controversial life of Cecil Rhodes, the founder, but acknowledges that racism has played a significant role in the history of the trust.  The mission, the Trust claims, is to improve continuously and to develop leaders who will make positive change.  This means equipping the scholars with the knowledge and skills to engage in anti-racist action and to make communities more inclusive and diverse.

Though he was educated at Cambridge not Oxford, Justin Welby, Archbishop of Canterbury, head of the Church of England, is planning to issue instructions to its 42 cathedrals and 12,500 churches across Britain to review their monuments and plaques for links to slavery and colonialist action. The Church is not to be left behind in this alleged search for racial and social justice, and a review of its “contested heritage.”  This may lead to removal, relocation, or alterations of plaques in their buildings. Action has already occurred in a number of places, such as removing headstones in the graveyard in Rottingdean that carried racial slurs, and covering up the dedication to the 17th century slave trader Edward Colston in Bristol Cathedral.

The Church of England established an anti-racism task force that carried out a review of the action it had taken to address its own role in the slave trade, but deciding on what has links to slavery is not easy.   While history should not be hidden, the Church does not want   to unconditionally celebrate or commemorate people who contributed to or benefitted from the tragedy that was the slave trade. The role for the Church is indeed not easy, because of the complex history that includes pride in William Wilberforce, motivated by his Christian faith in fighting for the abolition of the slave trade, and shame for the role of the Church in the trading of human beings.

Archbishop Welby warned of an unhealthy culture war and that at this time culture, inherited culture, and culture’s power and privilege, is being deeply questioned. He is committed to “contextualization,” and explanation of controversial historical figures. There’s nobody can rule if we insist they be faultless and flawless. Welby suggested we ask the hard questions, but in a way in which we learn to disagree well   and avoid saying that some who disagrees is “unfit to be called a human being.”

Sheffield University is less cautious than Welby in pronouncing the answers to the “hard questions.” It has issued a handbook to “decolonize” its biology curriculum,  stating that UK science is inherently white since the discipline developed from the European scientific Enlightenment. It suggested   dropping the use of the terms “founding father” or “idol” to avoid hero worship of scientific figures.  It holds that science cannot be objective or apolitical. To prove its point, the University focuses on 11 “problematic” scientists to illustrate their racist views. Headed by Charles Darwin the list includes Carl Linnaeus, Julian Huxley, Francis Galton, Karl Pearson, James Watson, and Alfred Russell Wallace.

Darwin is best known for his contribution to the science of evolution, that all species of life have descended from common ancestors. Evolution resulted from a process he called natural selection. His book, The Origin of Species, is one of the magisterial works that alter our vision of the world.

It is generally known that Darwin was an advocate of abortion, and an opponent of slavery. In his major book Darwin criticized the slave holder who made “slaves   of his fellow black.” He continued “It makes one’s blood boil…to think that we Englishmen and our American descendants, with their boastful cry of liberty, have been and are so guilty… What a proud thing for England if she is the first European nation which utterly abolished slavery.”  It is not his fault that the term “Social Darwinism” has come to be used as a term applying concepts of natural selection and survival of the fittest to political, economic, and social matters, and suggesting that human groups and races are subject to the same laws of natural selection as Darwin perceived in plants and animals.

But Sheffield ignores this. On the contrary, it argues that Darwin’s voyage on HMS Beagle, collecting plant and animal samples, was really to map colonies. Darwin used his theory of sexual selection to justify why women were “clearly inferior to men.”

It is disconcerting that the classroom and the pulpit have become political arenas, and that the voice of reason is being transmuted

Similar criticism is focused on Alfred Russell Wallace, co -developer of the theory of natural     selection with Darwin. Sheffield sees him as carrying out his field observations in a colonial environment and is critical of his classification of ethnic groups in his study of the Dutch East Indies.

Sheffield is particularly critical of eugenics illustrated by Francis Galton who coined the term and Julian Huxley.  Sheffield holds that Galton invented “racism,” and that he argued that the genetic elite were encouraged to breed, while the underclass was sterilized.

Julian Huxley, who was a strong opponent of Nazi racial theory, was a prominent figure in the British Eugenics Society. Sheffield holds he once believed that the lower classes and “most degenerate types” were generically inferior and should be prevented from reproducing   and even be sterilized. Sheffield ignores the fact that Huxley also wrote that the biological fact of race and the myth of “race,” which has “created an enormous amount of human and social damage,” should be distinguished.

It is disconcerting that the classroom and the pulpit, religious and political, is becoming a political weapon, rather than a venue for discussion, in the hands of those advocating decolonization and racism. The voice of reason is being transmuted into contrapuntal analysis.