The Donald Trump 14 Points for Israel and the Palestinians 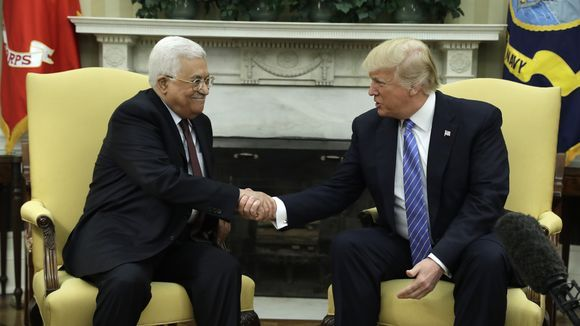 On January 8, 1918 President Woodrow Wilson delivered his speech to the U.S. Congress outlining 14 Points, a statement of war aims and peace terms for World War I, the only explicit statement of war aims by any country fighting the War. The speech was also in effect a blue print for the conduct of U.S. foreign policy in which Wilson emphasized the issues of open international agreements “openly at arrived at,” free trade, freedom of navigation, removal of economic barriers, and introduced the concept of national self-determination and the ambition of making the world safe for democracy.

Wilson’s speech was also a response to a speech, Decree on Peace, delivered by Vladimir Lenin on November 1917, that proposed an immediate withdrawal of Russia from the War, and called for a just peace. It was a great disappointment for Wilson that Russia did withdraw and that the final Versailles Peace Treaty of June 28, 1919 ending the War incorporated few of his 14 points.

Almost a century later, President Donald Trump, also in search of a just peace, is due to leave the bitter conflict in war torn Washington, D.C. where the swamp has not yet been drained, to visit the peaceful and restful Middle East and the Vatican. In previous years real estate mogul Trump was said to be interested in building a casino in Eilat in South Israel and offering to buy El Al, but President Trump has now announced more public spirited objectives.

In his forthcoming visits to the Holy Sites and other places in Saudi Arabia, Jerusalem, and Rome, Trump’s ambition is to unite people of all three religions around peace and security. Politically, among other matters this means discussing with the Saudi leaders and those in the Gulf Cooperation Council (representing the 6 Gulf States) the common fight against Islamic extremism and terrorism, as well as the $100 billion arms contract with the Saudis.

But most immediate is Trump’s worthy ambition to help broker a peace deal between Israel and the Palestinians, whose “aspirations for self-determination,” he has mentioned. He is aware of the prevalence of fake news and distribution of false information about Israel at present, almost as mischievous as the infamous false Soviet warning about Israeli troop movements that led to the 1967 Six Day War.

Symbolically, Trump and his entourage, who will on arrival in Israel on May 22, 2017 occupy all the rooms in the King David Hotel in Jerusalem, will go to the Western Wall in the Old City, the Holy Site connected to the Temple Mount, and probably to Yad Vashem, the official memorial to victims of the Holocaust, and perhaps speak at Masada, the ancient fortress honored for the Jewish struggle in 74 A.D. against the Romans.

So far President Trump has not given a public Wilson-like speech to Congress on his 14 points for peace, particularly regarding the conflict between Israel and the Palestinians in the Middle East. But in this era of political leaks, a tape previously kept secret has been found recording his 14 thoughts in the following manner. A summary of this is revealing.

1     Though there are often incorrect allusions to borders of the State of Israel there are in fact no borders, only armistice lines, apart from those resulting from peace treaties with Egypt and Jordan.

2     No nation had a clear legal title according to international law to the areas that are disputed, areas that are now usually called the West Bank and the Golan Heights.

3     The disputed areas were not acquired by Israel in any colonial or aggressive fashion but by defensive wars, starting in 1948 when five Arab armies without provocation invaded the newly established State of Israel the day after it was established on May 14, 1948.

4     Any of the disputed land obtained by Palestinians as the result of diplomatic agreement must not be seen as simply a step in a process to obtain the whole of the Palestine area. The settlements established by Israel are not the obstacle to peace. That issue must be resolved by negotiation. At the moment 430,000 Israelis live in 131 official sanctioned settlements in the West Bank, 300,000 in east Jerusalem, and 20,000 in the Golan Heights, and there are 97 unauthorized settler outposts. Any Israeli withdrawal from those settlements in the interests of peace and separation from a Palestinian entity must depend on the final status arrangement. A start was made in 2005, when Israel uprooted 21 settlements in the Gaza Strip.

5     The Palestinians, currently bitterly divided between Fatah and Hamas, must sincerely accept the outcome of negotiations. It is regrettable that in the past former PLO leader Yasser Arafat was never prepared to live in peace with a State of Israel and at present a weaker leader Mahmoud Abbas, President of the Palestinian Authority, rejected the offer by the State of Israel to remove all its control over 97% of the West Bank and all of the Gaza Strip.

6     A Palestinian State with borders on 1949 or 1967 lines has been outmoded by political events, and is unacceptable.

8.    The question of Palestinian “refugees” must be examined in a careful and objective fashion. The figures are bizarre. The organization UNRWA (UN Relief and Works Agency) set up on December 8, 1949 for direct relief and works programs for Palestinian refugees, originally recorded 750,000 refugees. Sixty years later, with almost all of that number deceased, more than 5 million are recorded. It is time to examine the operation of UNWRA with its 30,000 employees, mostly Palestinians.

9.    Palestinians and the Arab world as a condition for any final status arrangement must accept the stated nature of the State of Israel. Both the crucial UN General Assembly Resolution 181 of November 29, 1947 and the Israel Declaration of Independence of May 14, 1948 refer to the establishment in the territory of a “Jewish State.”

10.  Palestinians must cease propounding a call for the elimination of Israel and promoting a fallacious Palestinian Narrative of Victimhood. No peace can result if Fatah insists on a Palestinian state emerging from the “sea of blood of the martyrs.” Nor can it emerge if Hamas retains its objective of Muqawama (resistance) or destruction of Israel.

11.  Peace cannot emerge if Palestinians, children as well as adults, are instructed to honor terrorists. It is disheartening that the latest example of this is the naming by the An-Najah National University of a class of students after the terrorist Dalal Mughrabi who was the leader of the Coastal Road massacre in 1978 that hijacked an Israeli bus and murdered 37, including 12 children, and wounded more than 70 others.

12.   Palestinians must end the false statements about the behavior of Jews, inside and outside Israel, such as making matzos with the blood of Christians, or selling human organ parts, or publicizing the Tsarist forgery, Protocols of the Elders of Zion.

13.   A distinction must be made between any genuine criticism of policies of Israel which is welcoming and expression of anti-Zionism or actions that are really antisemitism.

14.   Finally, two things must be recognized by all interested in peace in the Middle East. One is that Israel is not the main, or even a significant problem in the area with which the US should be concerned. Much more important are issues such as oil, commercial arrangements, freedom of navigation, conflicts in failed states, Iran, and above all Islamic jihadism and terrorism. The other is that the international community whose United Nations units have been incessantly biased against the State of Israel and its policies should more profitably concentrate on and deal with far much serious issues such as Somalia, Sri Lanka, Myanmar, Congo, Rwanda, and Darfur, Sudan.

It would be useful for all parties if President Trump would make his 14 point agenda public before he leaves the U.S. In this way it could help lead to a change in the mindset of those individuals and groups opposed to the existence of the State of Israel.

PrevThere’s one Conservative who can beat the Liberals, decimate the NDP and vaporize the BQ: Maxime Bernier
The Islam in Islamic Terrorism: The Importance of Beliefs, Ideas, and Ideology by Ibn WarraqNext