The Era of Moral Thuggery 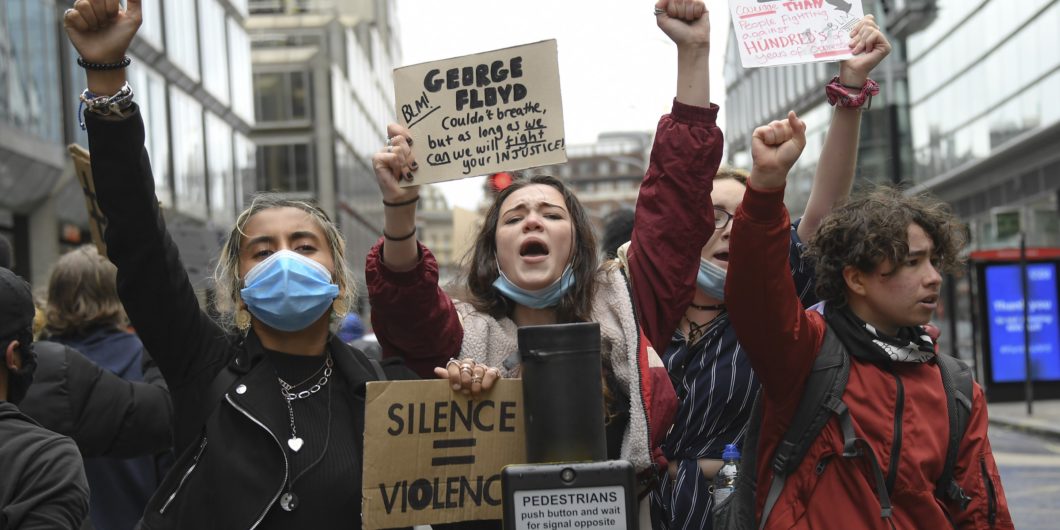 Lewis Hamilton, the six-time world champion British Formula One driver, recently criticised his colleagues in the sport for saying nothing in the wake George Floyd’s death.

If any answer to this accusation were required, a reasonable one might have been that it was not their place as mere car racers to comment on such matters. If they had wanted to engage in polemics, however, they might have pointed out that Hamilton had remained silent about many terrible events in the world, for example (to take only one such) the war around the Great Lakes of Central Africa, which so far has claimed not one life, but several million lives. Black lives matter to Hamilton, they might have said, but apparently not the lives of these Africans.

Such a response would have led only to further bitter and highly-publicised recrimination (and would take considerable courage). It was far easier to cave in to moral blackmail and get it over with by shedding a few crocodile tears in public. The interesting and important question is why such moral blackmail should work, almost without fail.

In London, there have been large demonstrations in the wake of George Floyd’s death, mostly but not entirely peaceful. These were allegedly to protest against racism, but in reality, they reinforced and propagated an obsessive interpretation of the world through the lens of race and racial discrimination. As a strange illustration of one of the three supposed laws of dialectical materialism—the interpenetration of opposites—racists and modern anti-racists are united by the importance they ascribe to race, though they are divided by their explanation of why race should be so important. The racists believe that it’s because of biology and the anti-racists believe it’s because of socially-sanctioned racism.

They are united too in their totalitarian (or at least bullying) tendencies, though in this respect the modern anti-racists are now more dangerous, not because they are worse people than the racists, but because racism as a doctrine is mostly, if not entirely, discredited. Racism is truly opposed not by anti-racists, but by non-racists, that is, people who do not judge or behave towards others according to their race.

Behaving well in this sense is not enough, however, for anti-racists of the type who demonstrated in London. The many placards with slogans such as “Silence is Violence” reflect the demand that everyone join in a chorus, failure to do so being a crime in itself. This goes further than mere authoritarianism, under which dissent is a crime. As under the totalitarians, positive and public assent to and enthusiasm for certain propositions are required. Failure in this regard is a symptom or sign of being an enemy of the people. If you do not join in the chorus, but are silent, you are a racist, complicit in the killing of George Floyd and other such crimes.

Clearly, the kind of public expression of outrage that is required has to be selective: there can be no equal-opportunity outrage, for not even the most self-righteous person can be outraged by every injustice in the world, from oil-spillage in the Russian Arctic to the severance pay of Adam Neumann. And if we fail to express our outrage at an injustice, it does not mean that we approve of it, much less that we are complicit in it: on the contrary, it is an acknowledgement of our own limitations and unimportance. If Lewis Hamilton expresses no opinion of the continuing war in Central Africa, it does not mean that he is anti-African, much less that he is actually complicit in war crimes.

The demonstrations in London (and elsewhere) are illustrative of two contemporary cultural traits. The first is the importance ascribed to opinion as an exclusive, or at least large, component of virtue; the second is the vehemence of expression as the marker of sincerity.

Holding the right opinions has never, at least in my lifetime, been as important as it is now—if, that is, you want a reputation as a good person. No doubt there has always been a tendency for people to conform their ideas to those of their group in order to be considered sound, decent, or good people, but the pressure to conform to the latest orthodoxy has increased, is still increasing—and ought to be reduced. Actual good conduct, which requires some effort, restraint, and even self-sacrifice, has correspondingly become less important in earning a reputation for goodness. Holding a placard, chanting a slogan, expressing an opinion, is enough.

In these circumstances, it is hardly surprising that vehemence should be mistaken for strength of feeling or sincerity. In communist countries, it was dangerous to be the first to stop applauding the dictator’s speech and safer to exhibit one’s enthusiasm to the maximum. In addition, in a culture such as ours, which values the kind of emotional openness that is usually indistinguishable from psychobabble, vehemence is again to be expected.

In short, the more you feel, as measured by the vehemence with which you express it, the better person you are, and the safer from criticism.

“No justice, no peace,” was another very sinister slogan held up on placards during the demonstrations. This, in effect, gave carte blanche to those who believed the slogan to indulge in any violence they chose, all in the name of bringing about justice as defined by themselves. And since a state of perfect justice has never yet existed in the world, any more than has a world free of sin, endless violence—being the opposite of peace—was being justified in advance.

It seems, then, that we have entered an era of what might be called moral thuggery. It is, as ever, important not to exaggerate: we do not live in the worst of times, we do not fear the midnight knock on the door if we express a heterodox idea. But there are substantial numbers of people who, in the name of their own moral outrage and sense of righteousness, would like to impose, or at least would not object to the imposition of, a regime in which people did fear that midnight knock. We cannot assume that everyone yearns to let others breathe free.

PrevHow Weak Is Hezbollah?
Anti-racist slogans for your thoughtsNext