The European Court of Justice’s Invitation to Fraud 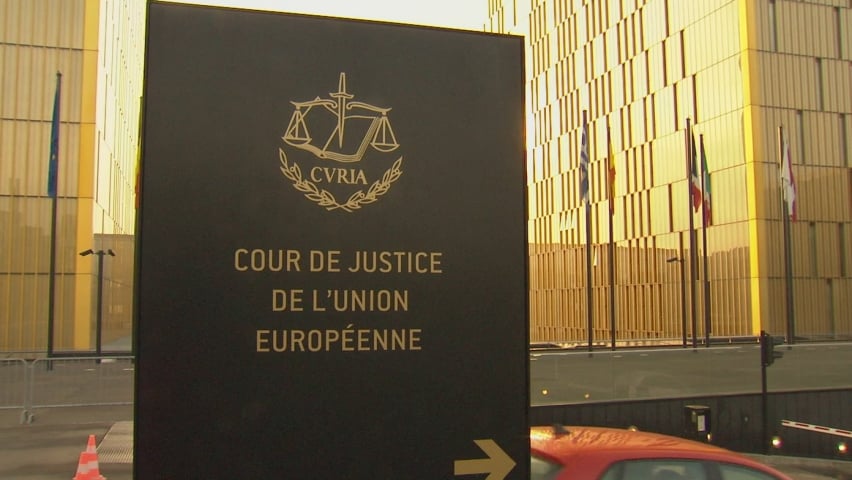 As Mr Bumble famously remarked, the law is an ass, the law is an idiot: especially, it seems, when the judges sit in the European Court of Justice. They have just issued a judgment that is an open invitation to fraud on a mass scale and that, if taken seriously, could bring all economic activity whatsoever, apart from litigation, to a halt. The only hope is that the ECJ judges knew not what they did: any other interpretation would be deeply uncharitable.

The case before the court was that of the descendants of a man in France who died of multiple sclerosis. They had brought a claim against a giant pharmaceutical company, Sanofi, alleging that it was the company’s vaccine against Hepatitis B that had caused the multiple sclerosis. Their alleged proof was that the man had been in perfect health before he received the vaccine (in three doses), had no family history of multiple sclerosis, and began rapidly to decline in health after the third injection. Ergo the vaccine had caused the fatal illness.

Since the plaintiffs offered no evidence in rebuttal of this defence, one might have expected or hope that that was the end of the affair. Not at all.

Under European law, a manufacturer is liable for the harms that his product does to individuals, irrespective of any fault on his part (and assuming normal use of his product by the person harmed). It is not required that he could or should have known that his product might result in the harm. This means, of course, that he can never, quite literally, be careful enough: whatever care he takes, he may still be liable. And this fundamental injustice inherently favours large companies over small, for while the former can bear the costs of litigation, the latter cannot. Size is the only defence.

Furthermore, while under European law the burden of proof of liability is on the plaintiff, there is also a rule that the evidentiary bar should not be set so high that it makes bringing a case against a company too difficult, and thereby rendering the individual powerless against it.

Now in the present case, since the cause of multiple sclerosis is unknown, and since all that one can say is that there is no evidence that the Hepatitis B vaccine causes it, and not definitively that it does not cause it, the European court ruled that evidence such as that presented in this case by the plaintiff may be allowable as proof of cause. Here is part of the judgment verbatim:

Article 4 of Council Directive 85/374/EEC of 25 July 1985 on the approximation of the laws, regulations and administrative provisions of the Member States concerning liability for defective products must be interpreted as not precluding national evidentiary rules such as those at issue in the main proceedings under which, when a court ruling on the merits of an action involving the liability of the producer of a vaccine due to an alleged defect in that vaccine, in the exercise of its exclusive jurisdiction to appraise the facts, may consider that, notwithstanding the ?nding that medical research neither establishes nor rules out the existence of a link between the administering of the vaccine and the occurrence of the victim’s disease, certain factual evidence relied on by the applicant constitutes serious, speci?c and consistent evidence enabling it to conclude that there is a defect in the vaccine and that there is a causal link between that defect and that disease. National courts must, however, ensure that their speci?c application of those evidentiary rules does not result in the burden of proof introduced by Article 4 being disregarded or the effectiveness of the system of liability introduced by that directive being undermined.

In this case, the company did everything possible to prove that there was no causative link between its vaccine and multiple sclerosis; not only was not disputed, but it could not have presented evidence of any other kind in its defence. Yet the court ruled that evidence based on the old fallacy, post hoc ergo propter hoc, the fallacy employed by a thousand frivolous bar-room experts on every subject under the sun, is admissible in European courts. This ruling is particularly dangerous where no fault, only cause, has to be proved.

The last sentence of the ruling quoted displays the serious deficiencies of the judges, some of whom come from countries whose jurisprudential tradition is – how can I put this without sounding xenophobic? – undistinguished. For what does ‘the effectiveness of the system of liability… being undermined’ mean? And what kind of system could not be undermined by the permissibility of disregarding truth itself, of allowing that anything may be held to cause anything else, so long only that the cause of that anything else is not definitively known?

This is an instance not of judicial activism, but of judicial populism. It is, albeit in clotted legal language, a pandering to popular, or at least very common, notions of causation, such that where two notable events take place in close temporal proximity, it stands to reason that the first must have caused the second. We are not far from the Azande belief that no death is natural, and each death is caused by malign witchcraft.

Perhaps the judges wanted to show that they were on the side of the underdog as well as on that of large rather than of small companies. An instinct of sympathy for the underdog is an admirable personal quality, no doubt, but it must be tempered by a regard for truth and justice, above all in courts of law.

The European Court of Justice is certainly not the first to make an ass, an idiot, of itself, and it will not be the last. But idiocy is sinister when it is powerful idiocy.